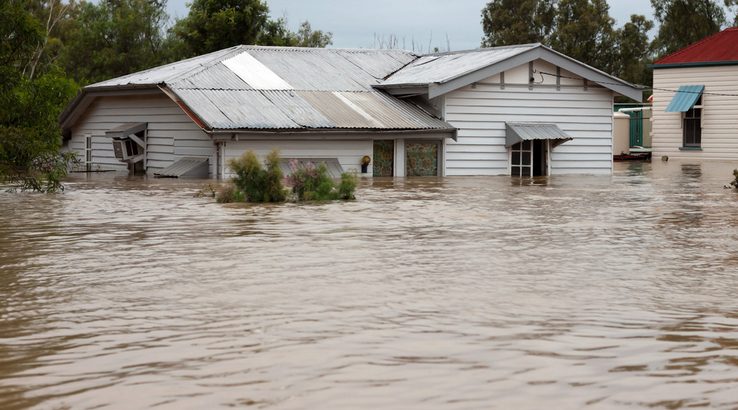 The consumer watchdog has recommended a drastic set of measures to reign in out-of-control home insurance costs in northern Australia.

The recommendations appear in the commission's first interim report to the Treasurer and include banning commissions for insurance brokers, abolishing stamp duty on insurance products, making products easier to compare and applying unfair-contract protections to insurance products.

Back in June 2018, the ACCC released an update report that painted a bleak picture of a distraught public that was paying twice as much as other Aussies for home, contents and strata insurance.

This newest report set out to explain why.

It acknowledges that severe weather and flooding plays a major role in the region's rising home insurance costs, but it also says that a complex competitive environment is making things worse.

"We have observed an unusual competitive dynamic, with insurers in northern Australia not necessarily motivated to compete on price for market share. Instead, we have seen them increasing prices to manage their exposure in a region they perceive to be risky or volatile," the report states.

One of the ACCC's most contentious recommendations is to abolish broker commissions. The report found that brokers commonly earn 15-20% of the base premium on every policy their clients buy, and that this does not always reflect the level of service the brokers provide to their clients. It says that this creates a conflict of interest that is detrimental to the buyer.

"There is clearly a much greater potential for an insurance broker's remuneration arrangements with insurers to lead to a conflict of interest with their obligation to act on behalf of a consumer," the report states.

Remuneration agreements on many financial products were banned in 2013 as part of the government's Future of Financial Advice (FoFA) reforms. But general insurance products like home insurance were exempt.

The National Insurance Brokers Association of Australia (NIBA) disagrees with the ACCC's recommendation and sees no need to extend the remuneration ban to the home insurance industry.

"There was no indication of insurance broker misconduct in either the hearings of the Royal Commission or in the material published by the Royal Commission. Insurance brokers were excluded from the FOFA ban on conflicted remuneration following a careful review by the Government of the day, and there has been no evidence of any issues or concerns since the FOFA laws have been in place that would justify any change in this area," NIBA Chief Executive Officer Dallas Booth said in a statement.

Any individual, business or organisation wanting to comment on the draft recommendations has until 12 April 2019 to lodge a submission with the ACCC by emailing insurance@accc.gov.au.

Anyone looking for better rates on home insurance can also conveniently compare their options here.