There was always an under-the-sea vibe running through Journey, the breakout indie hit of the last generation. A number of times you'd be asked to ride seaweed-esque ribbon streams into air which had the heft and lift of H20. And offering flying “cloth-dolphins” their freedom seemed to give our protagonist a sense of porpoise. Basically, we've often drunkenly argued that Journey was one first-world-problems-having-half-fish short of being The Little Mermaid. 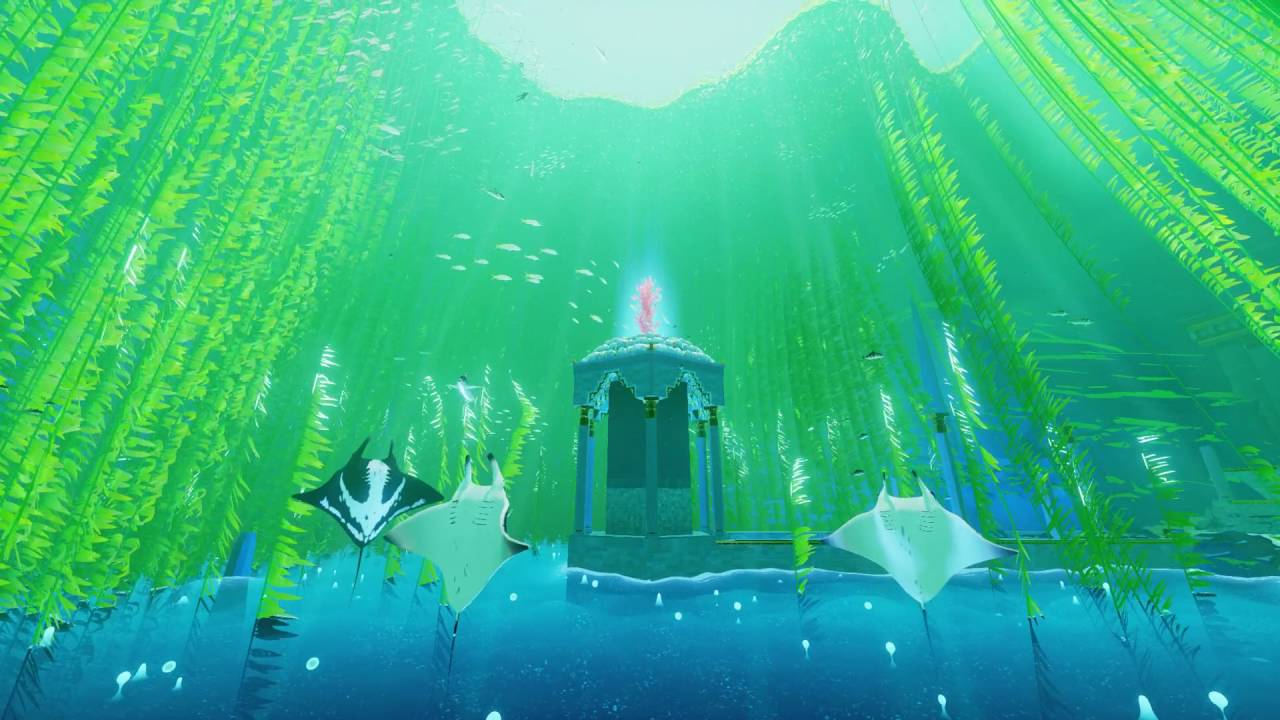 Abzû wears its cloth-monk influences on its sleeve and plonks you into an actual ocean. Like its distant spiritual ancestor, you're offered zero explanations as to why you're gliding with the tide, and the skillset you have to interact with this world is just as spartan. The constant holding of R2 will allow you to swim, a tap of X every few seconds gives you a little boost, L2 molluscs you onto the side of larger fish for a free ride, and Square is a means of activating things with a little echolocation mechanic. Sounds boring. Totally isn't.

Bobbing along, on the bottom of the beautiful briny sea, is downright therapeutic. There's a lush, hidden world of kaleidoscopic colour hidden beneath these waves, where ancient secrets lie forgotten and majestic creatures await. This is Marine-biologist’s Wet Dreams: The Video Game. Developer Giant Squid has the art director from Flower and Journey on board, and so we barely have the superlatives to convey just how beautiful this looks in motion. Abzû is a constantly shifting canvas that's divided into thematic zones, including caverns, deep oceanic areas, and ancient ruins that aren't as abandoned as they first appear. 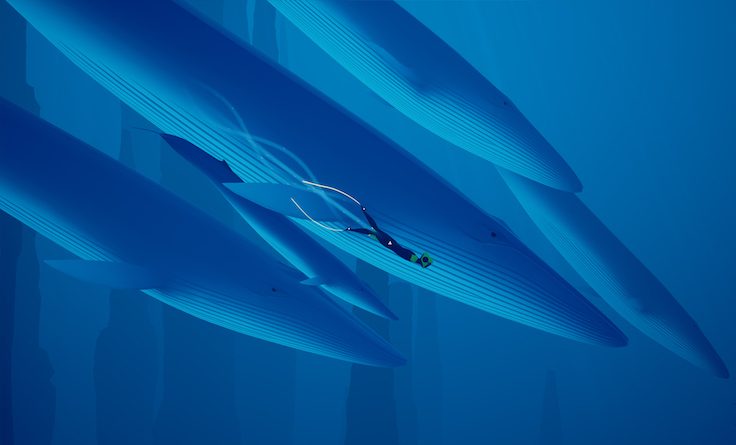 To explain anything beyond that is spoil the little twists in what is already a painfully short experience. Yes, there's a bit of tension in there, some sadness, and then a euphoric sense of coming full circle, but Abzû doesn't manage to zero in on our emotions as expertly as Journey did. Also, we took a fairly meandering approach to finishing this game – half-arsedly drifting off here and there to snoop for collectibles or special "meditation" spots that lets you analyse the sea life AI – and even we managed to hit the end credits in two hours, plus change.

The high water mark of Journey has not been beaten.

We should also mention that the soundtrack, a key component of Journey's appeal, isn't as impressive as the art licking your eyeballs. Composer Austin Wintory delivers an adequate score (that would still put many big budget titles to shame) but the game’s truncated runtime doesn’t give it the space it needs to gain momentum. The high water mark of Journey has not been beaten. 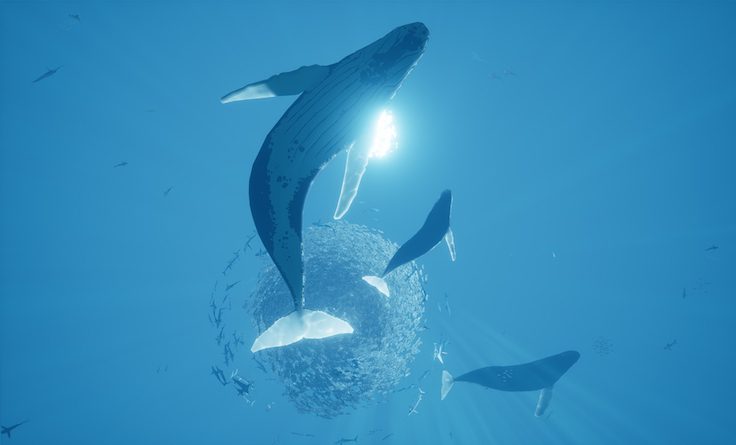 On a typical first time playthrough, you will likely discover only a small percentage of the secrets hidden in the game. The environments are built to reward players who poke about, venture off the beaten path, and spend time exploring and revisiting. If you have the Saint patience to do so, there are more clues that flesh out the history of the game’s world and the diver’s identity, secret fish species, and collectables that lead to a cool reward for completionists. That said, the lack of any real lethal danger to your diver means everything can be ticked off quite easily.

Ultimately, length becomes the issue that sinks Abzû. Journey felt like it had twice the replayability, thanks to that magical and anonymous co-op system with its unique, emergent gameplay possibilities. Its absence here makes us salty. Clearly this is a production that's awash with talent from Thatgamecompany, but something special became snagged and lost during the team transition. What's left is a facsimile without key features that doesn't represent a new wave of indie greatness.

We reviewed Abzû on PlayStation 4 with a copy provided by the publisher. 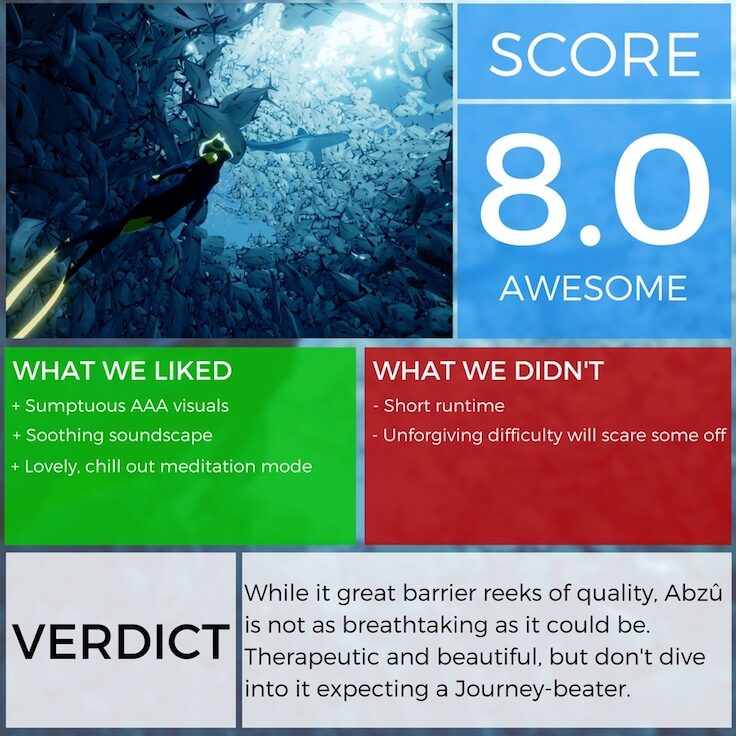