A-League fans! Here are 10 (more) reasons to get Paramount Plus 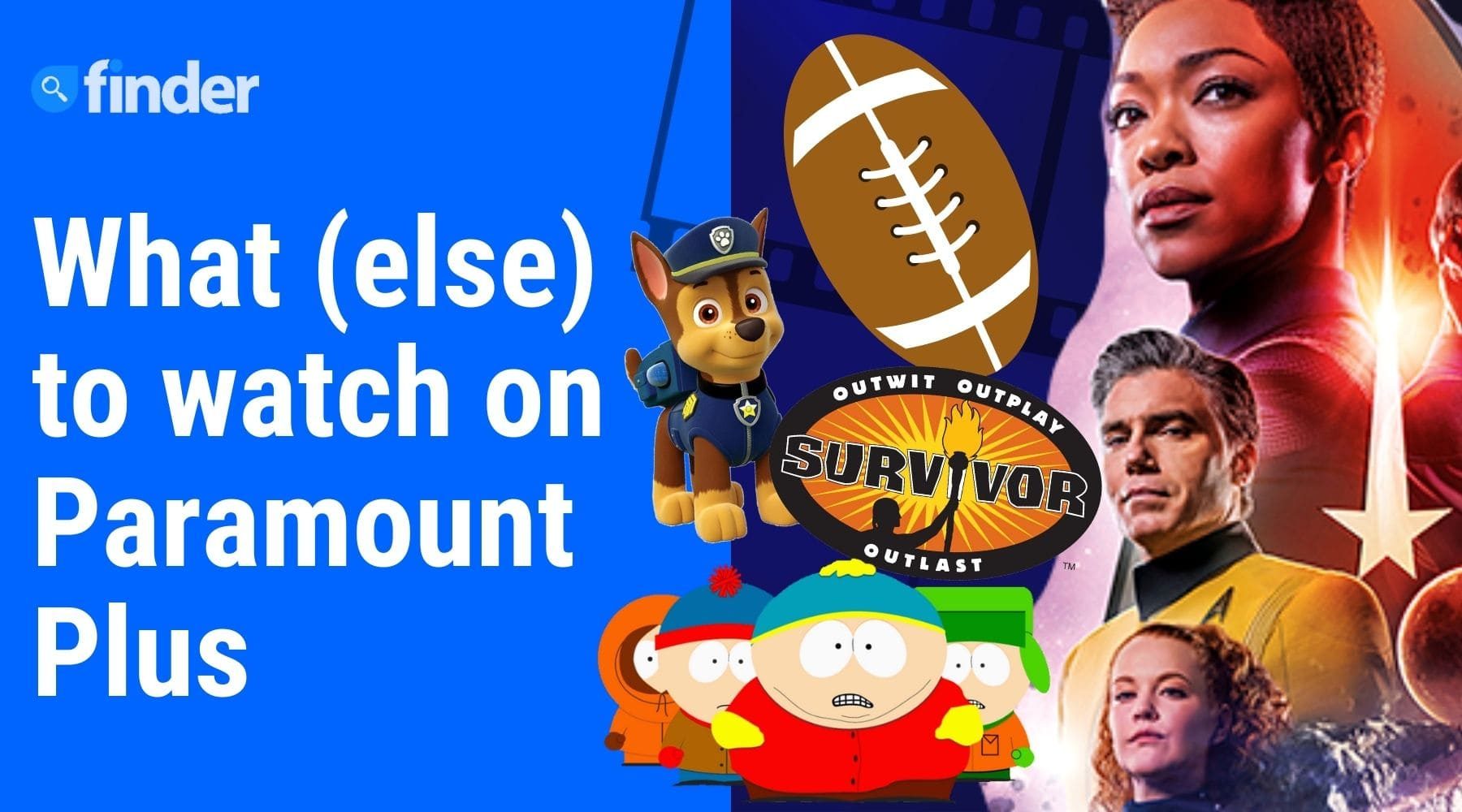 Turns out, there's a lot more for A-League fans on Paramount Plus than just football.

Paramount Plus has been available in Australia since August, but is currently enjoying a surge in popularity. Can you guess why? The A-League.

Australian football has a new home in 2021/22 after Channel 10 and Paramount Plus secured the broadcast rights for the competition. However, you can only watch one match per week live on free-to-air, while every match is live and on demand on Paramount Plus. In other words, you need to get a Paramount Plus subscription ASAP if you're a serious A-League enthusiast.

Naturally, some sports fans aren't thrilled. Keeping up with all your favourite competitions gets pricey when you have to splurge on multiple streaming services just to be able to see your teams. As we explained here, you now need at least 4 streaming platforms to see some of the big English teams in all competitions.

But despite its status as an underdog, Paramount Plus has a lot going for it. That includes excellent original productions, a solid content library and… well, even more football.

Paramount Plus offers a 7-day free trial, so you can test it out for a week completely free of charge. After that, subscriptions cost $8.99 per month. Here are 10 reasons, besides the A-League (and A-League Women), why you might be tempted to sign up.

At $8.99 per month, Paramount Plus is one of the more affordable streaming services in Australia. Disney Plus costs $11.99 per month, Netflix starts at $10.99 and Stan and BINGE start at $10 per month. At this point, only Prime Video and Apple TV Plus are cheaper. Even among sports streaming apps, Paramount Plus offers great value. Oh, and you don't have to pay extra for sport, as you do with Stan.

If you're looking to save even more, get a yearly subscription, which is $89.99. Also, the service is currently running a special promotion. Use code STARTREK when you sign up, you can get 50% off Paramount Plus for 3 months. The special offer runs until 15 December. There are no contracts, so you can cancel anytime.

Paramount Plus is home to an appealing slate of content you can't stream anywhere else. The highly-anticipated Dexter revival, Dexter: New Blood, is currently available with episodes arriving weekly. The series catches up with Dexter roughly 10 years after the events of the original finale. Aren't you curious to see what the serial killer has been doing all his time?

On the same note, Yellowjackets is a fresh series that revolves around a group of teen girl footballers who crash in the remote wilderness in the 90s and have to survive on their own for months. Do they resort to cannibalism? It sure seems so! It's like Lost meets Lord of the Flies and it's highly addictive.

Other shows exclusive to Paramount Plus in Australia include South Park: Post Covid (see more on this animated favourite below), Two Weeks to Live, Everyone Is Doing Great, Why Women Kill, In the Dark and more.

The 2021/22 FA Cup will be available on Paramount Plus too. Users will be able to enjoy quality English football live and on demand with a few simple clicks. As with the A-League, matches will be on 10 play and Paramount Plus.

At the time of writing, only 10 play is streaming the FA Cup, but matches are expected to switch to Paramount Plus soon. While big fixtures will probably be on free-to-air, the streaming service will enable you to follow the competition at every stage.

Paramount Plus will broadcast select Socceroos and Matildas matches moving forward. You can tune in for internationals (excluding Olympics and World Cup matches), as well as for the Socceroos' 2026 FIFA World Cup Asian Qualifiers.

Other competitions on Paramount Plus include the AFC Champions League, AFC Futsal Asian Cup Finals and the FIFA World Cup Qatar 2022 Asian Qualifiers.

5. All of Paw Patrol

If you're looking for a way to keep the little ones busy for a couple of hours, 8 seasons of Paw Patrol are streaming on Paramount Plus.

Not only that, but the service has other goodies for kids too – like Rugrats, SpongeBob SquarePants and iCarly, to only name a few.

Trekkie? That's extra incentive to sign up for Paramount Plus. The streaming platform's parent company owns the rights to the Star Trek franchise, so we can expect all movies and TV shows to be available on the platform… at some point.

Currently, you can only watch Star Trek: Prodigy on Paramount Plus, along with the new season of Star Trek: Discovery, which premieres in Australia on Friday 26 November, with episodes airing weekly.

Discovery was on Netflix until recently, due to licensing deals – deals which likely apply to the entire Star Trek catalogue and which were in place before Paramount Plus launched. Still, more Star Trek content will land on the service at some point, since the ultimate goal should be to have all legacy media under one umbrella.

For now, watching new episodes of Star Trek: Discovery is reason enough to give the streamer a try.

That's 40 seasons of excitement. How long do you think it will take you to binge-watch them all? Survivor US is one of the very first and certainly one of the best instalments in the reality TV sphere.

Paramount Plus may have launched recently, but the platform is already offering original content with a local flavour.

You can stream original series Spreadsheet, which revolves around a divorced and busy mother looking to have sex without commitment. It turns out to be trickier than she expects. The cast features Katherine Parkinson, Rowan Witt, Stephen Curry and Katrina Milosevic.

Additionally, the second season of popular dramedy Five Bedrooms is currently exclusively available on Paramount Plus. More original content will follow in the future.

There's something about crime procedurals that just screams comfort. In the era of prestige television, they're becoming a rare occurrence, so it's important to have a back-up stash to rely on. Enter Paramount Plus.

Look: you're not always in the mood to focus on a demanding series, as mind-bending as that series may be. Sometimes you just need something soothing to watch while cooking or falling asleep on the couch.

Luckily, the platform offers a plethora of goodies: NCIS, Blue Bloods, Hawaii Five-0, Bull, FBI, CSI: Miami. No one is stopping you from sampling them all.

If you're into South Park, 23 seasons of the animated series are available on Paramount Plus. That's all of them. You can binge the show from the very beginning to present day. Even better, exclusive South Park events are coming to Paramount Plus.

The South Park creators will make 2 specials each year until 2027 – and all will land on Paramount Plus. As mentioned above the first, South Park: Post Covid, arrived on Friday 26 November. It will see the kids all grown up. That's something you likely don't want to miss. A second special is scheduled to arrive on the service in December.