A couple of travel makers: The brightest spots for a Vivid Sydney date night

The installations, restaurants and precincts you’ll will fall madly in love with at Vivid Sydney 2019.

The idea of Vivid Sydney sends shivers down my spine. It's 3 weeks (24 May to 15 June 2019) of potential dates exploring our home city dressed in the finest display of bright lights and interactive artworks.

If I wasn't already taken, I may very well marry it.

We're Stef and D, a pair of married jetsetters. Together, we've visited over 50 countries - though we're determined to see even more. All while working full time and paying off a mortgage. We count our dollars at home and away and are here to share our tips on how you can travel on budget.

The next best thing though is to go on a date with it. We do this every year where possible and this year we figured we'd scope it all out and nominate our favourite and most romantic precincts, installations and Vivid eats so you can impress that special someone in your life. 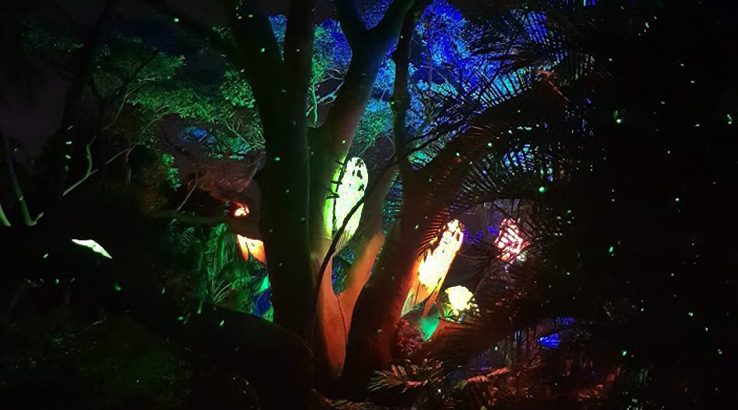 This is the first time we've been to Vivid at Taronga Zoo and we honestly left wondering why we'd never done it before.

It's an enchanting escape from the ordinary, where larger-than-life lanterns shaped as zoo animals glow from every corner. Some shine bright white, decorated in sketches while others pulsate green to blue to purple. Many sit on the ground begging for a closer encounter. Others creep up trees causing you to gaze in wonder.

For that true romantic Vivid experience, the best way to get in is by ferry. Take this from Circular Quay and you'll also take in the Harbour Bridge and Opera House lights without the price tag of an official Vivid cruise.

Speaking of price tag, this is a ticketed event. It'll set you back $26.95, so definitely not a cheap date. But what I love about it is it ensures an uncrowded night out so you can hog the lanterns as much as you like. Well, within reason. Opt for the later 7:30pm session and you might also avoid the families.

Where to eat: The View restaurant inside Taronga Zoo takes bookings throughout Vivid. Again, it's not cheap, but as the name suggests, it comes with stellar views of the city. Alternatively, bring a picnic to the zoo to keep costs down.

Amex is an official partner of Vivid Sydney and Amex cardholders get quite a few perks because of it. This includes 10% off Taronga Zoo Lights For The Wild tickets. It's easy to forget Luna Park is part of Vivid Sydney. Its first year on the scene was in 2018 and while it doesn't have the same cut of interactive displays that the rest of Vivid does, it has all the makings of a fun date night.

To add that touch of "Vivid" an animated light display is projected onto the wall of Coney Island and the Ferris Wheel dances with three light and music sequences throughout the night.

Ride the ferris wheel (like I need to tell you to do that). As it's illuminated throughout Vivid, you'll literally be riding inside a light installation. And being so high up you'll also grab picture-perfect views of Luna Park and the Harbour Bridge, though sadly, not the side that lights up.

As this is a lesser frequented precinct and rides are an added cost, this too is a less crowded date night.

Where to eat: Luna Park has a handful of canteens, though for something more romantic, book a table at Altum. This is just outside the Luna Park mouth and has floor-to-ceiling glass walls for those glowing harbour views. During Vivid, Altum offers 2- and 3-course packages for $60 and $70 per person respectively, from 5pm.

If you dine at Altum, you'll score free parking at Luna Park. This could save you $39 which is the going rate for 4+ hours. 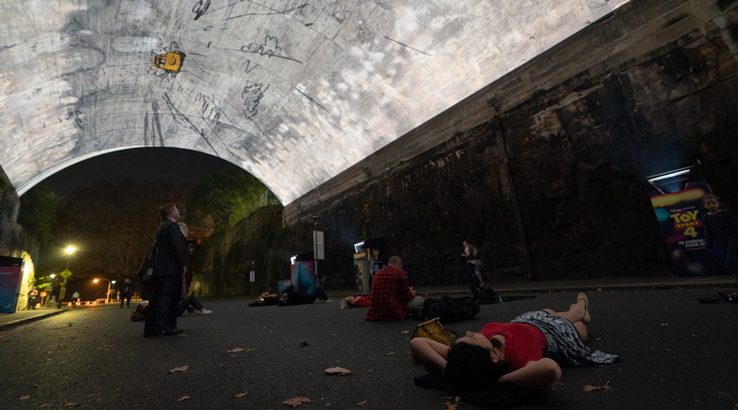 The Rocks and the Argyle Cut

The Rocks has two things going for it: a buzzing food precinct and a Pixar installation that lets you live that moment in The Notebook where Noah and Allie are lying on the ground, staring up at the night sky. Only this time, it'll be the underside of the Argyle Cut which acts as a projection screen for this series of sketches and paintings of films across Pixar's 30-year history.

The show airs from 7pm every evening. If you get in early, you can explore The Rocks area which lights up from 6pm. FYI it gets pretty busy out there so I'd suggest getting in when the lights turn on or making this a weeknight date.

Where to eat: There are so many options around The Rocks and to keep the good times rolling I'd direct you to The Argyle. It's close, always has a buzzing vibe and does a glowing job at Vividing it up with neon-drinks and LED lights. Otherwise, we're both fans of exploring the food truck fare. There's typically something around the Overseas Passenger Terminal and at Hickson Road Reserve.

Unlike Taronga Zoo and Luna Park which charge entry and ride fares respectively, The Rocks light walk is absolutely free. As are the nearby walks at Circular Quay and the Royal Botanic Gardens. Pack a picnic or eat before you leave to keep this one cheap and cheery. 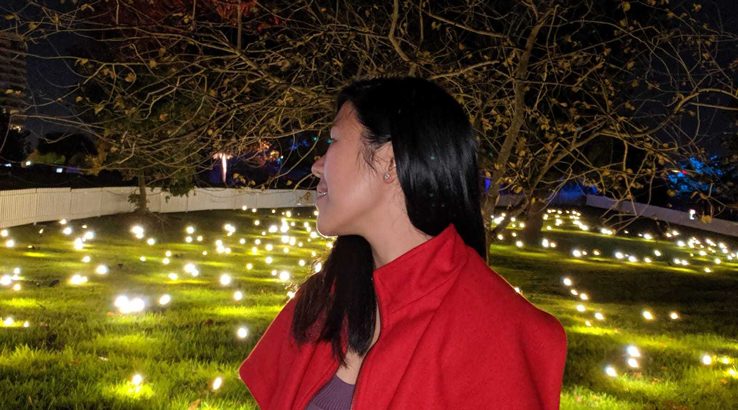 Our picks for the most romantic installations at Vivid Sydney 2019