Where to stay, what to eat and what to do in-between shows, no matter your budget.

It's no secret that Harry Potter and the Cursed Child has landed in Melbourne (insert excited fangirl squeal here). It's also no secret that its season at Melbourne's Princess Theatre has been extended until June 2020. And rumour has it that it'll be extended even further.

We're Stef and D, a pair of married jetsetters. Together, we've visited over 50 countries - though we're determined to see even more. All while working full time and paying off a mortgage. We count our dollars at home and away and are here to share our tips on how you can travel on budget.

If you're an impatient muggle like me or a Potterhead like my husband you'll want to see it sooner rather than later. Which is why after booking a cheap flight surprise trip from Sydney to Melbourne for my husband I tacked it on as a bonus present for him (and me, of course).

But with theatre tickets starting at $130 per person to see Parts One and Two, it's not a cheap date. Our weekend totalled around $1,200 and we were working on a mid-range budget. We flew low-cost, stayed in a 5-star hotel (complimentary), had C-reserve seats to Harry Potter and ate at a mixture of restaurants.

So to keep your holiday costs down, I've nutted out a guide to take on the city and witness the magic of Harry Potter on a low, mid and luxe budget.

The play is performed in two parts on both Saturday and Sunday. Part One runs from 2pm to 4:30pm and Part Two from 7:30pm to 10pm.

This lets you attack it in two ways: you can see it all on one day, or split it across two by seeing Part One on Saturday and Part Two on Sunday. There's no cost difference, so it's up to what suits you best.

If you're flying in on Friday night or Saturday morning and flying home on Sunday night your only option is to see both on Saturday. This is because the last domestic flight departs Melbourne Airport at 10:50pm and Avalon Airport at 8.30pm. So you'd have to cut the play short to make either.

If you're flying home on Monday morning, you can see it all on Saturday, Sunday or across both dates. But you'd have to take Monday off and that might not work for everyone.

Running with your first option, here's what your itinerary looks like:

Fly on Saturday morning instead of Friday night. Flights from Sydney, Brisbane, Adelaide, Canberra and Hobart can get you in mid-morning to catch the 2pm show and you'll save on a night's accommodation. Saturday morning flights are generally cheaper than Friday night ones, too. 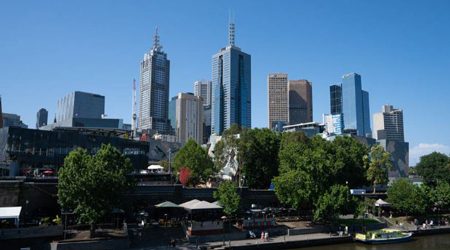 Melbourne and the Yarra from Southbank. Image: Stephanie Yip/Finder 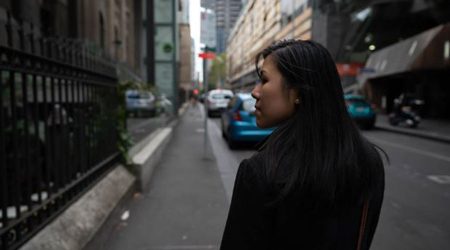 Wandering around the city. Image: Finder

When should I visit Melbourne for Harry Potter?

Unless you have kids or are a teacher, flying outside of the school holidays and long weekends will increase your chances of seating options and keep flight and accommodation costs down.

We arrived in late April when the weather was starting to turn chilly, but it was still pleasant enough to get away with a light jacket.

To "Potter it up" visit over Christmas for the ultimate magical experience with your loved one. Though bear in mind these are peak periods.

If you're not wedded to travelling on specific dates (this is the stuff special occasion gifts are made of), book your Harry Potter tickets before your flights to avoid overpaying. Cheaper seating tiers sell out early and you don't want to be stuck with $270 premium seating tickets as your only option. If you're unsure where to sit our handy Harry Potter ticket guide can give you direction on which tickets to book. 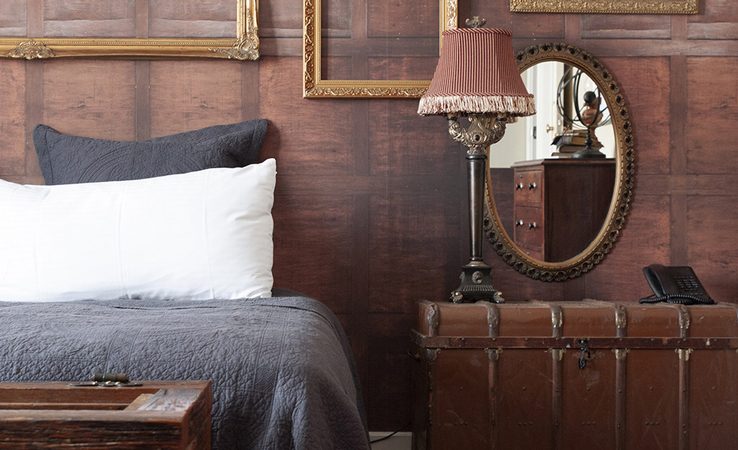 Where to stay in Melbourne for Harry Potter

The Princess Theatre is on the eastern edge of the Melbourne CBD. It's a short walk from Parliament railway station and is moments from the City Circle tram line so no matter where you're staying in the city getting to and from the theatre isn't an issue.

For a truly Harry Potter experience book a stay at The Hotel Windsor's Wizard’s Suite. The heritage hotel has transformed it into a realm of magic in honour of the play featuring vintage luggage trunks and plush rugs. It'll set you back $699 for a midweek stay and $899 for a weekend stay.

If that's too steep for your muggle pockets, other options are:

If you want to take the guesswork out of things numerous hotels offer Harry Potter packages. Here's a snapshot of what's available:

Trams are free to ride throughout the city centre so if cost is more important than location, staying on the other side of the city to the theatre will only cost you time to get to the show, not money. 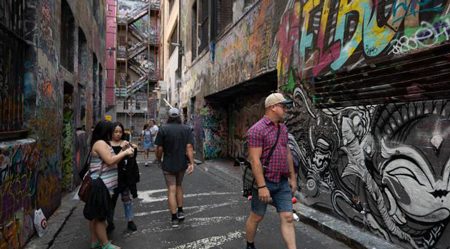 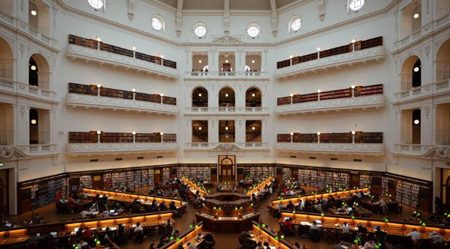 The dome inside the State Library of Victoria Image: Stephanie Yip/Finder

What to do in-between Harry Potter shows in Melbourne

If you're only in Melbourne for the weekend, you won't have time for a day trip so all your activities have to be centred around the city.

For first-timers I suggest spending a few hours walking the city streets and exploring its graffiti lanes, coffee culture and bar scene.

For those seeking something magical, one of the most popular Harry Potter experiences in the city is a themed escape room in TRAPT Bar. It's called Alchemy and sees you hunt down the elusive philosopher's stone.

Here are a few more ideas:

Experiences such as , Melbourne Star Observation Wheel and the Eureka Skytower offer discounted tickets online through sites like Klook. 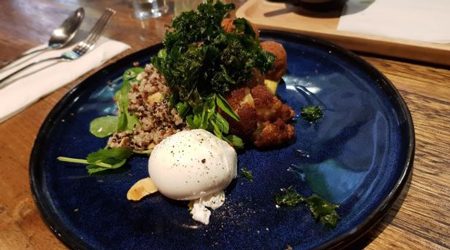 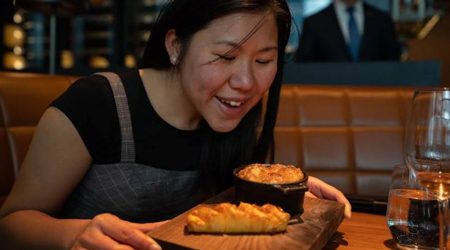 Where to eat and drink in Melbourne

Melbourne is not short on food options. It has much-heralded coffee joints, Insta-worthy dishes, hipster bars and ethnic precincts such as Lygon Street (Italian) and Chinatown.

You'll also find no shortage of magical bars either. Beneath Driver Lane is a basement bar with an old-worldly charm and melted candle decor while the secret cocktail bar at the back of Pizza Pizza Pizza is all theatrics. Enter via the thick black curtain and expect intimate booths and classic cocktails.

When making a booking for Heston, call instead of going through the online booking process. When we looked online only a midday slot was free for a table for two, but when we called we were given a world of choice for our lunch date.

How much did we spend?

Search for your cheap flight to Melbourne