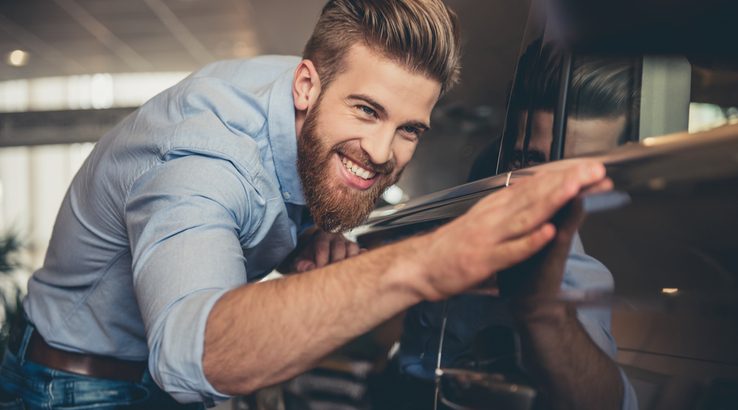 It all starts at the dealership.

Two recent studies asked drivers some very different questions and arrived at very similar lists of Australia's most satisfying car brands. They found that a good time behind the wheel might start with a good time on the car lot, and a bad sales experience might sour the driving for years to come.

It's worth considering if you're in the market. Manufacturers are probably also keenly aware of the difference it makes, with brand loyalty giving way to word of mouth car reviews.

"In such a highly competitive car market as Australia, it is critical that brands focus on their satisfaction ratings relative to their major competitors... satisfaction has the potential to impact on customer retention and advocacy," says Normal Morris, industry communications director at Roy Morgan Research.

The question for car makers – and anyone who wants to drive away in something they love – is how to get satisfaction. Both reports identified a list of Australia's most satisfying car brands, using their own points systems.

At a glance, the Roy Morgan brands clearly skew towards the higher end of the market. But once you get past those, there's a lot of overlap. Hyundai, Kia, Nissan, Subaru and Honda all found their way into Roy Morgan's top 20, while Volkswagen was at number 11 and 12 on each list respectively.

Also, the Roy Morgan report found only a 3.1% points difference among all the top 20 "making it difficult for any brand to be positioned as the clear market leader."

Essentially, J.D Power asked how satisfied recent buyers were with the buying experience, while Roy Morgan asked about the driving experience. The luxury brands didn't enjoy that much of a satisfaction advantage, and once you clear them away it's a practically identical list anyway.

Does a good sales experience make a car feel better to drive?

It's very possible. According to the J.D. Power results, customers either will or won't trust the salesperson's expertise, and there's not a lot of difference between customers who have decided on the exact make or model they want, and those who are still shopping around.

In an intensely competitive market like Australia, manufacturers might be looking more closely at the factors driving buyer satisfaction.

"We’ve got a population of 24 million, and of that, only about 10 to 12 million are eligible to be purchasing new vehicles. And we’ve got over 50 car makes to choose from." Truong explains.

Critically, the J.D Power survey found stark differences between age groups and satisfaction with dealers. Older car owners (age 50+) were overall well satisfied with their purchase experiences, while younger buyers (under 35) tended to be fairly dissatisfied. 41% of younger buyers said they experienced pressure from sales staff compared with only 17% of older ones, and more than 1 in 5 (22%) of younger buyers said they felt under pressure to purchase accessories they didn't want, compared to only 8% of older buyers.

"Brands are applying a lot of pressure, because internally there are high sales targets," Truong said, regarding the record-breaking years of 2015 and 2016. Younger buyers are doing most of the new vehicle purchases, and they might simply be getting into the market at its high-pressure peak.

Australia is also one of the few left-hand drive countries of the world, and switching from right to left on worldwide car manufacturing lines is a big ask. With unpredictable order numbers, this might manifest as delayed delivery times, which are shown to significantly impact satisfaction.

After all, if you end up waiting a month for your car to arrive, the lustre might have worn off by the time it arrives.

The key to a satisfying car

The trick to finding the most satisfying drive may be taking full advantage of the salesperson, and knowing you're making the right decision. This means working out what you need, comparing the options and then taking them for a test drive.

"Consumers appreciate it when another salesperson can talk about other brands, and compare the pros and cons. That’s when the salesperson becomes a trusted advisor," says Truong.

"It’s really a matter of going into the dealership and test driving a vehicle. That’s really the only way you can feel if a vehicle is really right for you. Get the salesperson to show you all the functions. Check the height, the seating, the configuration, the steering wheel, the controls. Get to know the product. If you’re not sure, come back and test drive it again."

A bit of preliminary research around car dealer extras is probably time well spent, and knowing a few tricks of the trade might also make it easier to identify the dissatisfying dealers. Other than that, the number of car buying trick might simply be to have a good time.