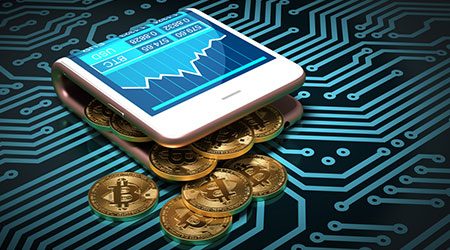 Ledger Nano S hardware wallets are 20% off from now until 22 October.

This is a public service announcement:

The Ledger Nano S cryptocurrency hardware wallet is now 20% off, thanks to a special promotion running until 22 October.

This is a second public service announcement:

A brief history of the hardware wallet

Early bitcoin wallets weren't the most user friendly things around. Operating them required moderate technical chops, which was one of the most obvious obstacles to wider bitcoin adoption. At the same time, people's bitcoin stash was in many cases just a forgotten password or fried hard drive away from being lost forever at any given time.

A lot of bitcoin disappeared forever in those days. Fortunately, the stuff wasn't worth that much, so people could afford to be philosophical about the loss of what would now be hundreds of millions of dollars.

Then 2014 happened, and bitcoin prices did this:

Suddenly, people were rightfully very worried about how to best store their newfound wealth and protect it from all the newfound people interested in stealing that newfound wealth. Fortunately, the surge also gave developers the means to start creating solutions.

It's no coincidence that 2014 was the year hardware wallets first hit the market.

Xapo was conceived in 2013, then opened its doors in March 2014, primarily to serve exchanges, apocalypse-prepping libertarians and other security-conscious customers. It was one of the first high security hardware storage solutions, but it really wasn't a consumer-grade service.

The first consumer hardware wallet as we know them today was the TREZOR (Czech for "vault." Sorry, "VAULT"), arriving on the market in August 2014. It was soon joined by a bevy of other options, many of which no longer exist.

The Goochain Citadelle, for example, wound up after its suppliers dropped away, while the EliptiBox never really got traction. RIP.

In this respect, the current field of the most popular hardware wallets has already been through a strict Darwinian market testing process, so to speak. Basically, if it's been around since 2014 and is still popular, you know it's pretty good. Security-wise, all the most popular options are top of the line.

The Ledger Nano S might be a special case though, since it's the most popular multicurrency hardware wallet currently in existence.

The first Ledger Nano (an earlier model, not to be confused with today's Ledger Nano S) was released in late 2014, along with the rest of the pack, and quickly managed to stand out thanks to its attractive price and security features – specifically, its use of a second 2-factor authentication (2FA) card to be used in tandem with the original Nano. This wasn't ideal for user experience, but the hassle was still minimal and it was an effective way of bolstering security and cutting costs, which allowed the Ledger Nano to slide into a very competitive price point.

It was a very deliberate design choice, said Ledger CEO Eric Larchevêque at the time.

"Hardware wallets are essential to the development of bitcoin. We strongly believe in decentralized, open and affordable products. This is one of the main reasons to have chosen smartcards. On top of the added security layers given by decades of research and development, production costs are extremely low," he said.

But it was just the beginning, and some aggressive further developments would be needed to keep Ledger at the forefront.

The popular next step included larger and more defined screens for devices to further improve security while also giving something back to the whole user experience. KeepKey hit the market in 2015 to focus on those elements and did well for itself by virtue of its large, clear display screen.

Ledger was hot on its heels though, and the next-gen Ledger Nano S arrived in August 2016. It added the now-standard screen in lieu of the 2FA card, cementing its position as one of the most popular options around and sliding into the market as the cheapest hardware wallet with a screen.

The Ledger Nano S was still standing there when 2017, and its accompanying crypto mania, rolled around. Suddenly everyone was doing bitcoin, and there wasn't a hardware wallet manufacturer on the planet able to keep up with the unprecedented surge in demand. As one of the most highly-regarded options at the time, the Ledger was in a position to catch as much of the new market as it could carry, and the Ledger Nano S was flying off the shelves.

Unfortunately, the hype also attracted its fair share of scammers selling fakes or hacked wallets on Amazon and elsewhere. These fake wallets might not work as promised and, in some cases would even steal a person's private keys.

Incidentally, that's also why a good rule of thumb is to only ever buy a hardware wallet from the official website and to make sure its tamper-proof packaging arrives intact. You never want to buy a second-hand hardware wallet.

Anyway, the Ledger Nano S is 20% off at the official site right now. Not bad. Not bad at all.