A brave new world for the Australian car market 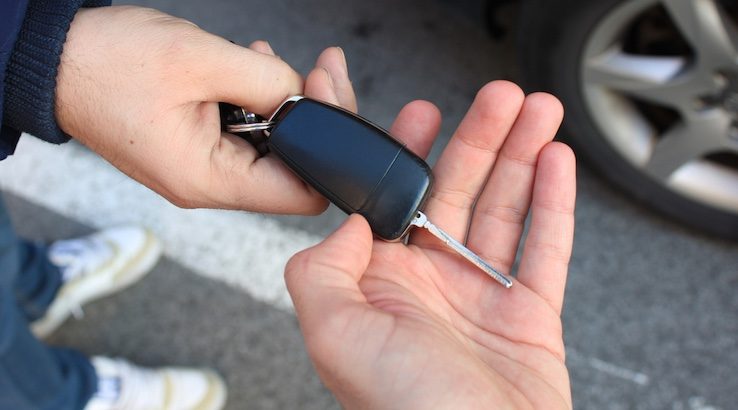 It seems hard to fathom now, but in 2007, DVD sales in Australia reached an eye-watering 94.8 million, thanks to the release of blockbusters including Harry Potter and the Order of the Phoenix, The Simpsons Movie, Happy Feet and Casino Royale. It was a staggering 27% rise on 2006 sales, and it marked the tenth consecutive year of record-breaking DVD sales figures in Australia.

It was also the year that Netflix launched its US streaming service, revolutionising the home entertainment industry and leading to a DVD sales slump that has never recovered.

One can draw an obvious parallel with the Australian car market, which saw its own record-breaking sales run come to an end in 2018, after four years of continual growth. A total of 1.153 million cars were sold in Australia in 2018, a drop of 3% compared to 2017 and the lowest annual sales figure since 2014.

While it may be too early to ring the alarm on the local car market based on one year of slowing sales, 2019 has so far promised little in the way of recovery, with total January sales down 7.4% on 2018 levels.

With the success of ride sharing services such as Uber, as well as more recent car sharing and car subscription services, it's clear that the car industry finds itself at a crossroads as technological advances and changing lifestyles shift our approach to traditional car ownership.

Des Hang, co-founder and CEO of Carbar, the digital car marketplace and subscription service, believes that the car industry may be on the cusp of what he calls an "iPhone moment": a seismic technological or cultural development that will forever change the market.

Whether such a breakthrough will have an immediate disruptive influence or will usher in a slow transitional period, its effect on how we use and value our cars is likely to be significant, such as in the case of a truly autonomous, self-driving vehicle.

While self-driving cars inch ever closer to becoming a commercial reality, Hang believes their biggest impact will be felt in the rideshare industry and the wider gig economy. As opposed to having to pay a driver, platforms such as Uber could employ self-driving vehicles to transport customers.

"The efficiency around autonomous vehicles is in optimising traffic, logistics and transportation, as well as private consumer use," says Hang. "There's not going to be an overnight transformation where everyone's jumping into autonomous vehicles, but if they're able to generate money, I think what will happen is that like what Airbnb did for their industry, private consumers will be buying cars to put on a platform so that it generates money."

Hang says that the subscription model avoids some of the risks associated with traditional car ownership, such as unexpected repairs or breakdowns, asset depreciation and any changes in your life that necessitate changing or getting rid of your vehicle. It also allows customers to better track the cost of car access, as opposed to some of the hidden or neglected costs associated with car ownership.

"[Car subscription] lets you extrapolate out the cost of ownership," says Hang. "Quite often, people don't realise, especially when you buy a brand new car, that the depreciation is pretty heavy on it. And they don't realise that until they actually sell the vehicle and see that by taking too much finance on the vehicle, they may be underwater and have negative equity. That's the worst-case scenario – when you actually have to pay for a depreciating asset just to get out of the finance contract."

"With subscription [services], you're clear on how much you're paying. Let's say you commit to a $250 per week vehicle. This covers all the maintenance, registration, all the ancillary costs that go along with the vehicle, and that's all you pay."

Unlike car ownership or longer-term rental options, car subscription offers more flexibility in the face of changing circumstances or lifestyles.

A wealth of options

While Hang sees a bright future for the car subscription model, he sees it as working as part of a wider transportation network alongside other car access models, in the same way that DVD and Blu-ray now co-exist with streaming services, TV and movie cinemas.

"I think what's happening in the market, and what the government is encouraging, is mixed mobility options," Hang says. "So going from rideshare through to car sharing, and then through to subscription, finance ownership and then other traditional ownership. So each of the elements in the mobility space plays a critical role in filling the transportation gap."

Factors such as your age, location and general lifestyle are likely to dictate the access models you may use, according to Hang.

"If you live anywhere within a 10km radius of the CBD, ride sharing or car sharing may be a good option for you, and cost wise, they will probably be pretty competitive. But beyond that 10km radius, you probably do need access to a vehicle on a permanent or semi-permanent basis."