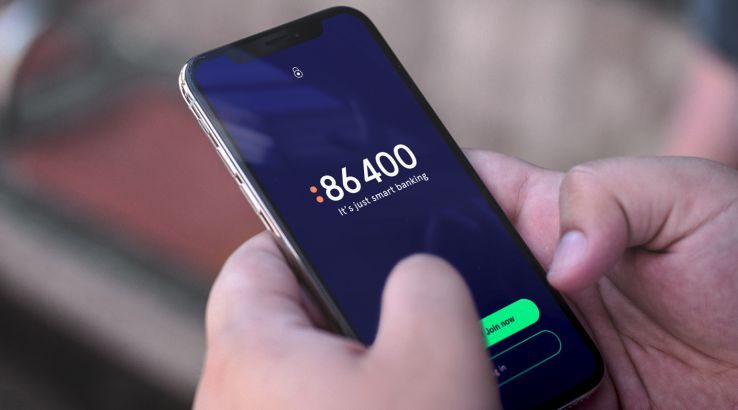 You won't need to ditch your current bank to get the benefits of this digital bank.

Australia has a new digital bank offering, with 86 400 removing the wait list code it had been using to sign customers up over the past couple of weeks and launching to the public from today. Approximately 5,000 people are already signed up to the bank's transaction account and savings account, which are now both available publicly.

Speaking to Finder ahead of the public launch, CEO of 86 400 Robert Bell said it's the first new digital bank to launch with a full suite of products.

Other digital banks have received licences and launched some products, such as Xinja, which launched its bank accounts to waitlisted customers on Monday, and Up Bank, a collaboration between Bendigo and Adelaide Bank and technology company Ferocia, which has a transaction account and savings account in the market. However Bell says 86 400 is the first neobank to receive a full banking licence and publicly launch a full suite of products.

"And we'll be just a few months away from launching home loans as well," he added.

86 400 is calling itself a "smartbank", which Bell says is because it is a bank purely designed for a smartphone.

But the "smart" is also because of the features on offer – one of which is particularly innovative. When you sign up for 86 400, you will not only receive a transaction (Pay) and savings (Save) account, but you'll also be able to connect accounts from your current bank. This includes bank accounts, savings accounts, cards and loans from up to 150 financial institutions. There is no limit as to how many accounts you can connect. 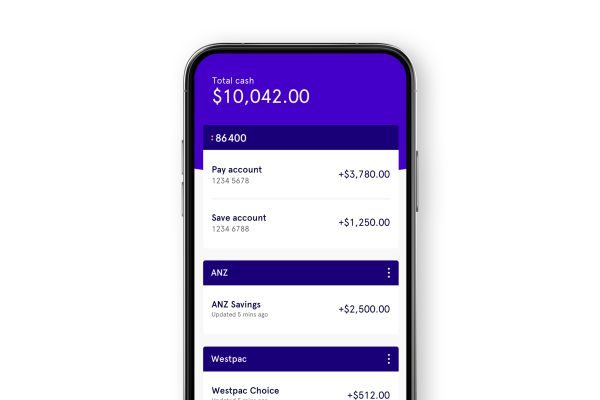 Bell hopes this will encourage people to try 86 400, as he believes asking people to switch banks is not realistic.

"It's unrealistic to ask someone to join a new bank, and on day one, close your other banks, move everything across and just deal with us," Bell said. "This way, it allows people to come across and try us, and get great value right from the start."

When you connect your accounts, 86 400 is also able to look through your transactions and detect recurring bills, subscriptions and direct debits. Upcoming ones will then be displayed to remind you when they're due.

Digital product lead at 86 400 Bryce Guderjahn said 200 of Australia's top merchants are able to be displayed.

"And what we'll do is we'll look across all your previous transactions – whether they're in your 86 400 accounts or your connected accounts – and then if we find patterns of payments, we'll start predicting the amount and when they're likely to be due." 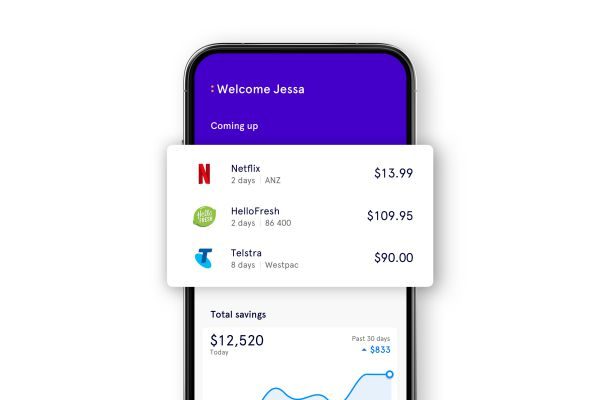 The app itself has been kept determinedly simple. Words like "credit" and "debit" have been replaced with "in" and "out". When you log in to the app, you'll see the incomings and outgoings for your 86 400 Pay account, and if you jump across to view all your accounts, your total cash position will be displayed at the top.

While the ability to bring in existing accounts is an innovative feature, both the Pay and Save account have a number of benefits on their own. The Save account comes with a competitive rate of 2.50% p.a., made up of a base rate of 0.40% p.a. and a bonus rate of 2.10% p.a. To get the full rate, customers need to deposit $1,000 per month in either the Pay or Save account.

According to Bell, the aim was to keep it as simple as possible.

"We wanted to have some incentive for people to put money into their accounts, so there's $1,000 a month minimum, but there are no penalties. You can take money out and you don't lose your bonus interest," he said. 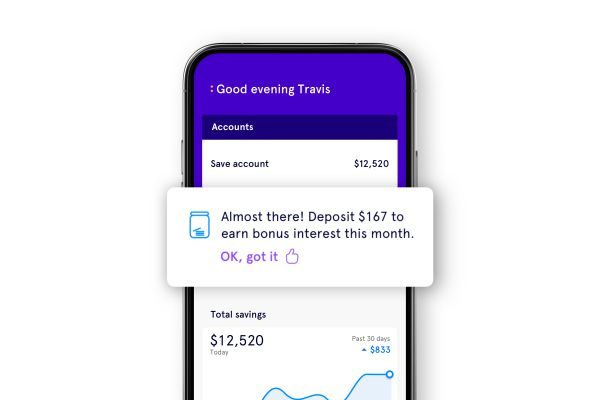 "If you put $998 in the account, most banks would go, 'That's fantastic because we're not gonna have to pay your interest'," said Bell.

"We'll actually send you a message in the app saying, 'Hey, you need to put two dollars more into your account in the next four days to earn bonus interest.' So we kind of designed it so we actually want people to get the good outcome."

The Pay account allows fee-free card withdrawals at 10,000 ATMs across Australia, instant payments to other banks using Osko, no monthly fees and a number of ways to pay including Apple Pay and Google Pay.

Bell said they looked at a lot of different versions of the savings and transactions accounts, but in the end settled for simple accounts. According to him, managing finances has become too complex and many Australians have been left feeling anxious, stressed and frustrated.

"Today, we've launched a bank which uses smart technology to show customers what's actually going on with their money, so they feel in control every second of every day. All eighty-six four hundred of them."