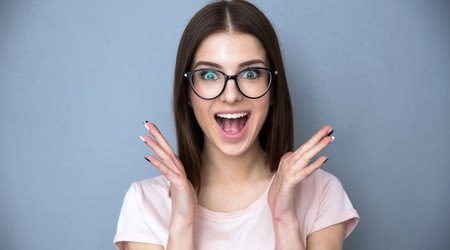 From house number to same-sex residents, there are many unexpected things that can drive your property value up or down.

We all know the clear-cut factors that can influence the value of your property; interest rates, supply and demand, the economic outlook, and demographics. Yet, what are some periphery or “out of the box” elements that can determine the value of your bricks and mortar?

With a few lessons from Australia and around the globe, we find out.

A suburb with a high crime or unemployment rate can detract from the value of your property. In particular, a study by the University of Technology Sydney (UTS) found that if your property is within a 0.3km radius to a highly publicised murder scene, then it may fall by 3.9% in the year following the murder.

Keep in mind that living in a high-crime area can harm your financial position as banks may be skeptical to lend you money for a property located in an unsafe area. Plus, you may have to pay higher insurance premiums.

Do your background research and review the crime levels in your state and suburb to ensure that you’re not buying in an area that’s prone to high levels of crimes such as sexual assault or robbery.

Buying in close proximity to a high-performing school can do wonders for your property value.

For example, the Domain 2015 School Zones Report shows properties around Strathfield Girls High School in Sydney – number 86 on the HSC ranking list – has had the most growth for secondary school catchments zones at 38.6% growth.

However, the reverse is also true. If the local schools have a poor reputation, property values can suffer.

Any other name would smell as sweet?

You may not have guessed it, but sexual orientation can affect property values. The latest figures from US company, Trulia, found that although several "gayborhoods" are located in expensive metros which help increase property values, nearly all of the "gayborhoods" in the study were more expensive compared to their respective metros.

For instance, properties in the Castro region of San Francisco cost $USD948 per square foot – which is 34% more expensive than the San Francisco metro area.

While many of us aren’t superstitious, UK research reveals that owners of a number 13 property will sell for approximately £6,500 less than their neighbours.

Another bizarre fact? Zoopla also found that odd-numbered homes are worth £500 more than an even numbered one.

We wonder if the same may apply to the Australian market-- a ‘Woolworths Effect?’.

Living in a leafy area is always a plus, but do you know how much the presence of trees on your street can influence your property value? A recent US study found that houses on streets where there were trees enjoyed around $USD7,130 more than houses on streets with no trees.

This may not be top of your list when it comes to selecting a property location, but climate change impact can have a huge impact on the value (and security) of your property especially if you’re thinking of buying in a coastal area.

Some companies are introducing Climate Valuation reports which identify areas that may be at risk of rising sea levels or flooding. These reports provide the statistical risk of climate change hazards occurring to any property with an adjusted value. It then details the projected increase in insurance premiums over the term of a home loan.