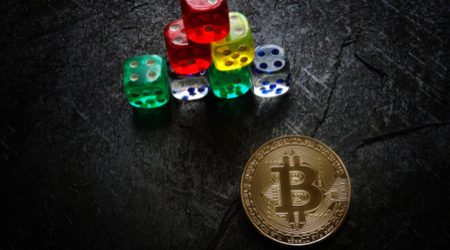 Only 0.3% of ICO fundraising goes to scams, depending on how you want to measure it.

A new report from Satis Group, Cryptoasset Market Coverage Initiation: Network Creation, has identified 78% of ICOs in 2017 as scams.

This was defined as "any project that expressed availability of ICO investment... did not have/had no intention of fulfilling project development duties with the funds, and/or was deemed by the community (message boards, website or other online information) to be a scam".

However, this 78% of scams only went on to raise somewhere between 0.3% and 11% of the approximately US$12 billion raised in ICOs throughout the year, depending on how exactly you want to measure it.

$12 billion is much higher than most of the other widely used fundraising estimates, such as CoinDesk's $5.3 billion total for 2017.

It's probably not worth sweating the details too much though. There are different ways of measuring ICOs, and it's largely a matter of opinion and convenience. For example, one has to decide whether or not to include the estimated $4 billion raised by the year-long EOS ICO. It started raising Ether in 2017 but wrapped up in 2018. This Satis research also includes the $150 million Ethereum DAO which many others wouldn't consider to be an ICO.

There's also the question of how you account for volatile prices. Do you count the value of funds raised at the time of each ICO? This might be the most honest-seeming approach, but perhaps not the most useful because it disproportionately emphasises the ICOs that went off when prices were higher. It also sounds like a lot of work.

There's no perfect way to do it, so take all the dollar signs with a grain of salt.

Of the $12 billion, Satis says only about 11% ($1.3 billion) went to identified scams. But if you exclude just three outliers, that drops to $30 million, or 0.3% of the total funds raised. The inclusion of these three outliers is debatable in different ways. They are:

With just a little bit of data massaging you have a reasonable argument for scam ICOs only raising 0.3% of funds in 2017.

Is that a valid interpretation? Sure, why not. The numbers are never going to be right anyway, so you might as well just pick what sounds good (see 0.3% headline) as long as it can be justified in some way.

Either way, the paper notes that it paints a much more positive picture of ICOs than the phrase "78% of ICOs are scams" would suggest.

"Outside these three projects, Identified Scams got away with just $30M in fundraising (or ~0.3% of all time ICO fundraising)," the report says. "We hypothesise this is because the community is relatively adept at discovering scams and adding them to lists."

Overall, the report notes that the majority of ICO fundraising (54%) has gone to projects it would classify as successful.

"This is a very positive story and a direct contrast to the outcome when you look at the percentage of Successful and Scam projects on a per numbers basis (4% and 81% respectively)."

There's a lot of variation in how different studies measure scamminess, and no right answers. What about all projects that are arguably designed to profitably fail legally without technically being scams? What about unverifiable claims that the Venezuelan Petro ICO raised $5 billion? There are probably too many grey areas to ever attach an accurate number to scams in cryptocurrency.

In contrast to all the grey areas around scams, measurements of general ICO mortality remain remarkably consistent across different studies, suggesting a solid 50/50 chance of ICOs failing shortly after being listed on an exchange.

There's a lot of variation in how different studies measure scamminess. In contrast, measurements of ICO mortality remain remarkably consistent across different studies, suggesting that solid 50/50 chance of ICOs failing soon after being listed on an exchange.

There are a lot of different ways to measure success and reputability, so it probably pays to take most numbers with a grain of salt.

Or in this case, to optimistically declare that only 0.3% of ICO fundraising goes to scams. If you really want to make that look really good, just compare it to figures saying that about 5% of global business revenue is lost to fraud. With enough handwaving, and a sufficiently credulous audience, you now have the bones of an argument that ICOs are actually 16.6666 times less scammy than average businesses.