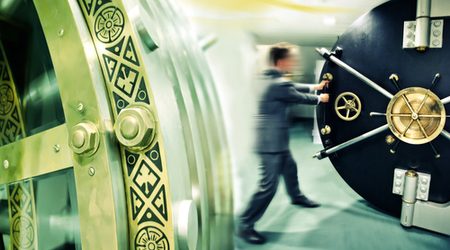 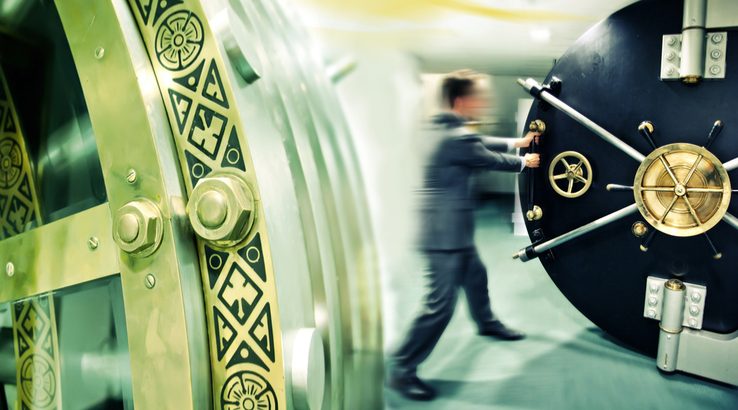 Xapo operates some of the highest security vaults the world has ever seen, dedicated entirely to bitcoin.

Bitcoin is perceived by many as a kind of digital gold that can serve as a reliable store of monetary value, even if everything else fails. Statistically, it has a better track record (100% success to date) of retaining some kind of monetary value than government money does. It's probably no coincidence that cryptocurrency is most popular in countries that have good reasons to doubt the stability of the local currency.

Xapo caters to this market on a grand scale, with a client list of billionaires, Silicon Valley crypto tycoons and anyone else with a lot of bitcoin, and a desire to keep the cryptocurrency in apocalypse-proof bunkers.

These bunkers can now be found across five continents and are built with the purpose of housing detached bomb- and EMP-proof server banks – connected to nothing – which are estimated to collectively house about 7% of the global bitcoin supply worth somewhere north of $10 billion. Naturally, they don't need to house actual "bitcoins", but instead contain the private keys used to access blockchain holdings.

"Every part of their DNA is geared to security," said Sean Clark, founder of First Block.

Getting inside one of the vaults is about as hard as getting inside any other hyper-secure military vault, or even harder thanks to the addition of newer technology, such as fingerprint scanners that also check for a pulse, to prevent amputated hands from being used.

The servers themselves are permanently isolated and sealed inside tamper-evident cold rooms, protected with a Faraday cage to protect against electromagnetic wiping. They're accessed remotely from within the bunker itself, with encrypted data passed through special cables.

Unfortunately for any Xapo clients who want to access their bitcoin after the big one drops, it takes about two days to get access to one's keys. The company verifies the client's identity and authenticates the request before manually signing the transaction from three separate vaults.

Also unfortunately for bitcoin apocalypse preppers, the network itself likely wouldn't fare too well. The extraordinary amounts of energy needed to power the bitcoin network might not be so readily available in that scenario.

It might also be somewhat of a downside for anyone in perilous climes who's hoping for a secure lockbox of infinitely portable government-proofed flight capital, that they can later access from anywhere in the world if they need to flee somewhere with nothing but the clothes on their back. The difficulty of actually getting at the funds undermines some of those benefits.

The most peculiar part, however, might be the reliance on a central authority in the form of Xapo to manage the money. This might be the contrast that bitcoin itself and Xapo are currently struggling with.

"It's a subject we discuss a lot, and we believe bitcoin won't reach the mainstream if people have to hold their own private keys," said Xapo president Ted Rogers. "It's a pretty high hurdle technically to be your own bank with lots of security."

At the same time, are the funds really secure if you have to trust Xapo implicitly?

Grand security measures aside, the most profound threat to Xapo might be its complete reliance on bitcoin. Xapo founder Wences Casares is credited as being the first to get Silicon Valley into bitcoin and, like a remarkable number of people, is reportedly a dogmatic bitcoin purist. Xapo goes so far as to turn away customers who want to store the keys to anything except bitcoin in their vaults.

If bitcoin ever does tank permanently, there might be something strangely poetic about the empty servers and the intense security measures that couldn't prevent the sheer concentrated monetary value from gradually evaporating from within.