NBN FTTN plans compared: 6 out of 50 providers are ready at launch 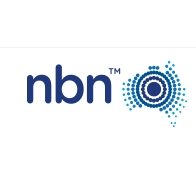 2,100 Fibre to the Node premises will be able to choose from over 150 NBN plans.

nbn, the company responsible for building the National Broadband Network (NBN) in Australia, has finally launched its Fibre to the Node (FTTN) product to service providers. NBN FTTN services can now be ordered for around 2,100 premises in the NSW Hunter suburb of Belmont.

nbn expects around 500,000 homes and businesses to be serviceable with FTTN by the end of June 2016. By 2020, 4.5 million households across Australia (or 38% of Australia) are expected to access the NBN using FTTN.

The launch of the Fibre to the Node technology is a major milestone for nbn as it will form the largest portion of the NBN network once complete. The rollout will bring fibre optic cables to nodes located in the neighbourhood and will use the existing Telstra copper network for the final few hundred metres to bring broadband to homes or businesses. That means the rollout is much faster, but the final speeds are slower, and much more subject to variation between individual locations.

The introduction of this technology has been one of the more controversial parts of the Coalition's NBN policy because the speed and reliability of the service varies depending on the customer's distance from the node.