51% attacks have been shredding Vertcoin’s blockchain since October 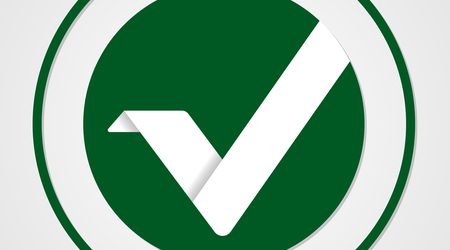 The Vertcoin blockchain would be much more secure if its prices were lower.

Update 3 December 2019: Vertcoin has been 51% attacked again - perhaps to celebrate the 1 year anniversary of the last time it was 51% attacked.

The Vertcoin blockchain has been getting yanked all over the place by an unknown attacker for a couple of months now, with four distinct incidents – at least two of which included successful double-spend attacks – dating back to October. The total value of double spends across all these attacks is over $100,000.

The most recent Vertcoin attack provides on abject example of how ineffectual that can be for highly vulnerable coins like Vertcoin, and how it's just not enough.

The largest and most recent attack reportedly started on 29 November and involved the creation of a hostile chain that was 310 blocks long. So with Vertcoin's 170-second average block time, that's approaching 15 hours of hostile mining to pull off an attack. The hashing power needed to attack Vertcoin is entirely rentable with 51% of the total Vertcoin hashing power estimated to cost only US$235 per hour.

So, you can roughly ballpark the cost of the most recent 15 hour, 310 block long, attack as being about $3,500, while the other three were even less.

And that's an example of an attack on an exchange with ostensibly high security. And the only reason that particular incident was so comparatively large was almost certainly because its target exchange chose to require additional confirmations after being the victim of previous attacks.

So basically, an exchange might require its users to wait 15 hours or more for a large Vertcoin transaction to go through, but the only effect on security is that it costs $3,500 to attack the network instead of $1,000.

But these attacks have pulled in over $100,000 to date, so to actually offer a meaningful degree of protection – to the extent that the cost of attacking outweighs the returns – exchanges would have to implement confirmation times of days or weeks. But obviously this is completely unsuitable for customers, at which point you might as well just de-list the coin because no one's willing to wait weeks for a transaction to go through.

So, Vertcoin is looking at moving towards an alternative mining algorithm called Lyra2REv3, an update of its current Lyra2REv2, that is intended to reintroduce the ASIC resistance that appears to have been lost right before these attacks started.

The first Lyra2REv2 ASIC miners were rumoured to have arrived in September 2018, and Vertcoin's hashrate skyrocketed right afterwards. Theoretically that should have left it more secure, but that's also when the attacks started.

Higher hashrates protect networks, but higher hashrate availability is also what makes it so cheap to rent Vertcoin hashrate. The Lyra2REv3 update, then, is aimed at bricking those recently released ASIC miners.

It's intended to be followed up by another update called Verthash. Both are expected to temporarily stall ASIC miners and to potentially inhibit the rentability of Vertcoin hashing power temporarily.

Permanent ASIC resistance is impossible, however. But GPU mineability and ASIC resistance are Vertcoin's sole points of difference, so that's probably something of an inconvenient truth to be ignored. The plan going forwards, its contributors say, is to just keep going with the ASIC-resistant arms race and to hope that it all works out.

Opinion: Vertcoin needs to be less valuable to be more secure

Cryptocurrencies have no inherent value, but there are various theories on how to value a network and how to put a price on functionality like peer-to-peer transferability, censorship resistance and blockchain immutability.

So, it's reasonable to say that the actual value of a cryptocurrency is dependent on its ability to maintain these features. And Vertcoin, as vulnerable as it is, currently cannot provide these functions. But that doesn't necessarily mean it's worthless – just that it's objectively overpriced.

This is because the amount of money one is willing to spend attacking a coin is proportionate to the benefits of attacking it. Basically, the more valuable a coin is, the more money you're willing to spend attacking it. Vertcoin has so far been encouraging people to increase confirmation times to improve security, but this isn't enough by itself. However, it would be if Vertcoin's value and the potential rewards for an attack were much lower.

In other words, Vertcoin (which currently sits at a lofty rank of 180 with a $15.8 million market cap) is objectively overpriced for the function it currently provides. The token's value is simply too high for the network that underpins it. Once it implements Lyra2REv3 and Verthash, its network might be able to support a higher price.

Until Vertcoin prices are low enough that it can be secure within reasonable confirmation times, one can reasonably say that Vertcoin is objectively overpriced.

Towards an objective model of PoW network valuation

By this theory, there's a sweet spot for correctly valuing proof-of-work cryptocurrencies formed by prices on one side and the cost of launching an attack on the other.

Vertcoin aims to be the people's coin – GPU mineable, effectively decentralised and thoroughly ASIC resistant. And all the more power to them for holding on to these ambitious (some might say impossible) objectives.

And right now, it looks like lower Vertcoin prices would help them achieve those objectives and contribute to a more decentralised and useful network by reducing the incentive to attack.

So, how does an even lower valuation square with its goal of being a widely used global payment network? It probably doesn't.

At a certain point, developers need to stop and think about the actual usefulness of the network they're building and accept that their design choices will impact the suitability of their coin for different applications.

In this case, Vertcoin, which by its own design can't support very high token prices, makes more sense as a niche micropayments platform – perhaps for social media tipping or similar – than a global payments network.

If Vertcoin's developers want to design a network for high value tokens, they might want to explore ways of integrating ASIC miners and boosting hashrates or looking at alternative consensus mechanisms.

And if Vertcoin's developers want to keep going with their current GPU-mineable designs, they should either expect 51% attacks as an unavoidable side-effect of their network designs, or they might try pushing prices lower to improve security.