5 ways Melbourne could screw up its airport train 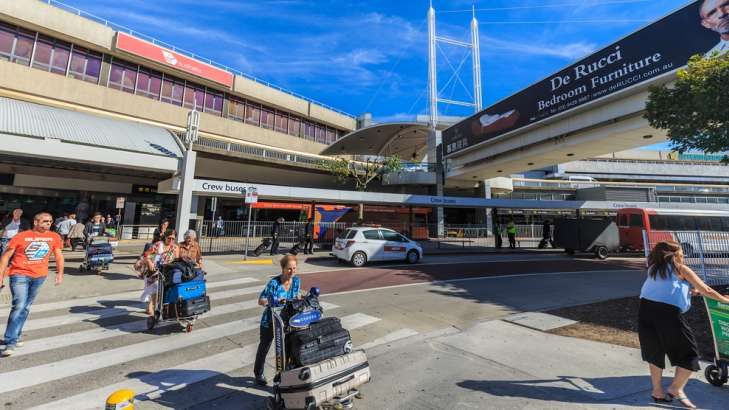 Melbourne is finally poised to get an airport rail line. Let's hope it learns from every other global city that squandered the same opportunity.

After years of speculation and frankly unlikely promises, the Federal Government has committed to providing $5 billion in funding for a train line linking Melbourne Airport to the CBD, and is pushing for matching contributions from the state government. That means we might finally have an alternative to the current road-only system, which is not coping well with ever-increasing travel levels.

There's a lot we don't know yet. We don't know whether the planned $30 million route study will suggest opting for the relatively cheap-and-cheerful option of building a spur line from the existing network at Broadmeadows, or the flashier alternative of a tunnel running (roughly) underneath the existing Citylink freeway, possibly also with connections to regional lines. We don't know how long the link will take to build (clue: whatever figure is initially quoted will be wrong) and what it will charge passengers (clue: whatever price is initially suggested will be much higher by the time we can all board).

However, what we do know is that Melbourne is not the first belle at this particular ball. Plenty of cities have introduced airport railway links, and many of them have made an absolute pig's ear of it. By not copying these approaches, Melbourne Airport can get a better service without wasting a fortune in taxpayer and/or private funding. 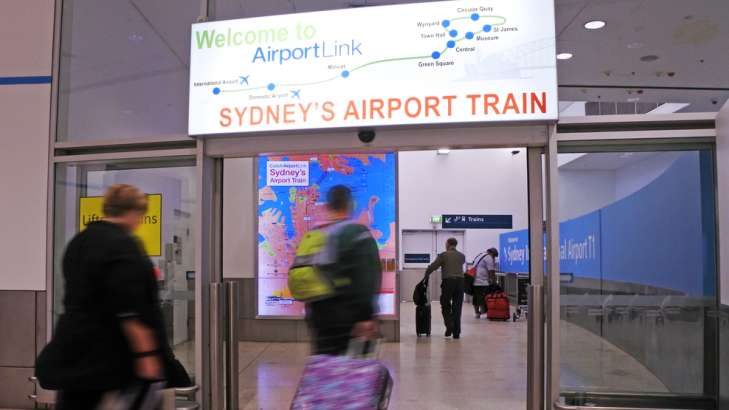 Sydney built its airport train connection to serve the influx of tourists attending the 2000 Olympics, and in the years since it has proven a quicker and more reliable way to get to the CBD than fighting through traffic. That's a good thing. A markedly less good thing was the original construction plan, which relied on a private-public partnership and saw the line run by the Airport Link corporation. That meant that a "platform access fee" was charged to exit not just at the Domestic and International stations, but also at Mascot Suburban and Green Square, the other two new stations on the line.

Those fees were supposed to help pay back the cost of building the line, the "logic" being that there was no way that government funds (and by extension taxpayers) should shoulder that risk. Ironically, though, the private operators proved incapable of running the business, and Airport Link went into receivership in 2001. These days, the platform access fee isn't charged at Green Square or Mascot, but you'll still pay a premium for the airport itself. The key lesson: don't automatically assume that private companies can do a better job of running your railway service. 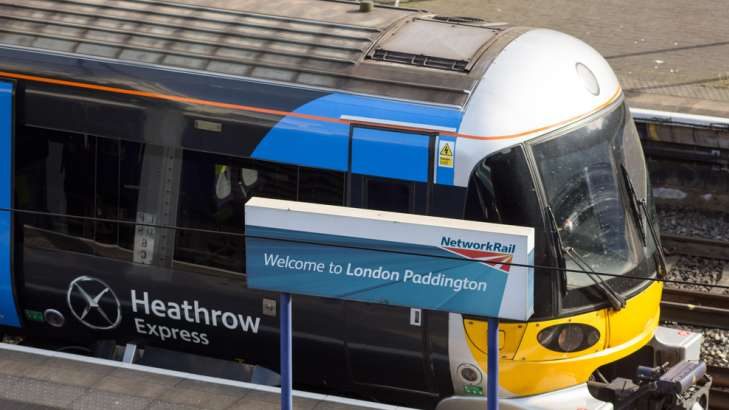 Heathrow Express provides a very fast trip from Heathrow Airport to Paddington in central London, travelling from the main Heathrow station to the city in just 15 minutes. However, it charges like a wounded bull, with a single trip costing £25.00 in peak hours, or £22.00 outside peak. The Tube line trip on the Piccadilly line is much slower but way cheaper at £5.10 in peak hours, or £3.10 outside those times.

The culprit here is again that Heathrow Express is operated by a private company ultimately owned by Heathrow Airport itself. While the British government might have been grateful it didn't go into receivership like Airport Link in Sydney, those high prices are sticking around. Indeed, while the Elizabeth line project (formerly Crossrail) to expand London's rail network includes new services to Heathrow, existing contracts with Heathrow Express' owners mean that the fares on the Heathrow link will remain high when that launches later this year. The key lesson? Don't let the airport take control of the line. 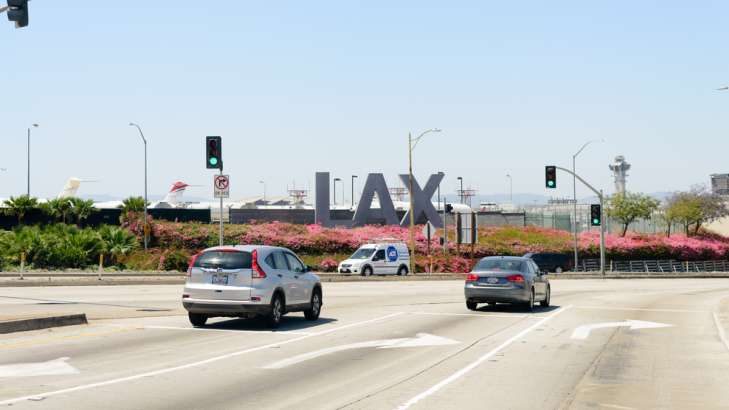 If you've been unfortunate enough to experience the fetid carbuncle that Los Angeles has the nerve to call an airport, you may be saying to yourself: "I don't remember seeing a train station at LAX." And you'd be right. But there was meant to be one.

The nearby Green Line was originally planned to integrate with LAX itself but two factors combined to kill that plan. Firstly, taxi and limousine drivers were worried they'd lose business. Secondly, airport authorities were concerned that the railway line, which is elevated, might pose a risk to planes. So instead the Aviation/LAX station was built some distance away, with a free transfer bus connecting to the airport itself.

I'm a train enthusiast, so I've tried this out. To get from the airport to LA's Union Station requires one bus and then three separate train services. Annoyingly, the competing bus service to Union Station is much quicker, even with LA traffic and a lower frequency. The Green Line is currently being extended and the transfer options will change in 2019 to a new station with a connecting people mover, but there still won't be a proper direct service.

The lesson here? Chances are that whichever route it follows, the Melbourne service will need a tunnel in the airport's vicinity if it's going to work. 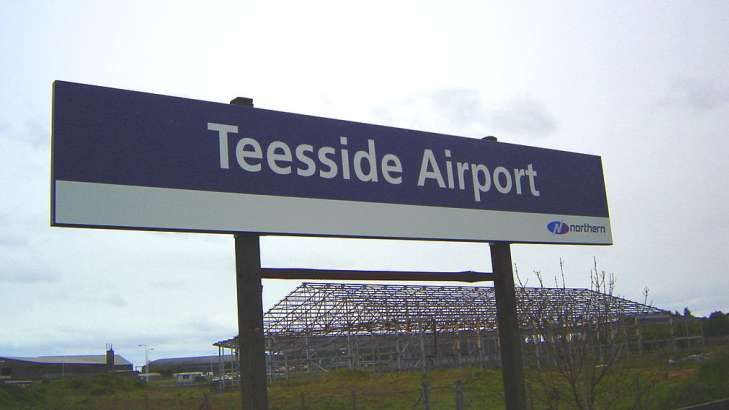 Teesside Airport is infamous amongst train tragics railway fans for being one of the least busy stations in Britain. While its name might suggest that it services the nearby Durham Tees Valley Airport in England's north-east, these days it gets exactly one stopping train service a week, on a Sunday. In 2016/2017, just 30 passengers used the station. Even those hardy souls might have found the connection "unhelpful" since the actual airport is a mile away. Not ideal when you're lugging a suitcase.

What gives? For weird UK legal reasons, it's cheaper to keep offering one train a week than to go through the process of formally closing the station, which would require consultation and potential legislative changes. Reflecting that, such ghost operations are sometimes referred to as "parliamentary services". To cut costs further, the station now just has a single platform. Given trains only operate in a single direction, I guess that's OK.

To be clear, the airport itself is not exactly vibrant either, with only a handful of flights each day, mostly to Amsterdam and Aberdeen. It seems unlikely that Melbourne residents would tolerate a train frequency (or flight frequency) anywhere near that low, but it's a reminder that if you build it, they may not come. 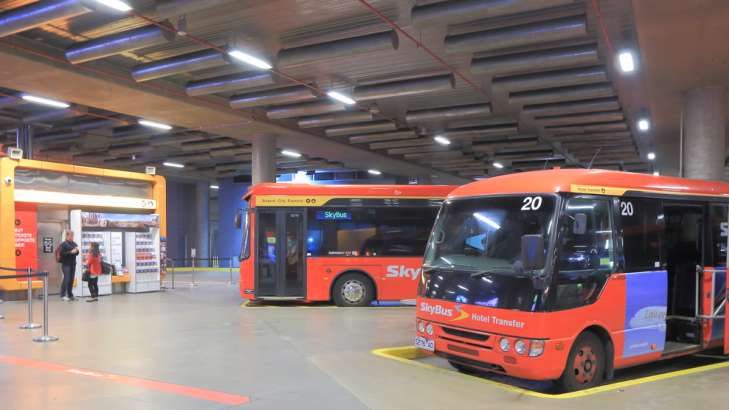 Right now, if you want to take public transport to Melbourne Airport, then SkyBus is your main option. That's not great when you're backed up on the Tullamarine Freeway because of expansion works and you're worried you'll miss your flight, and that problem is only going to get worse in the future.

However, having said that, SkyBus is actually a very solid service. There are buses every 10 minutes for the majority of the day, with cheerful staff and free Wi-Fi. Even in the dead of night, there's a service every 30 minutes, which is helpful for airport staff. You can even earn Velocity points when you use it.

It's also a boon for the passengers on Melbourne's growing number of late-night flights. The lack of a curfew at Melbourne means it has a surprising number of international departures after midnight, and SkyBus is a cheap way of getting there.

That's the element it would be helpful for the airport railway line to emulate. Right now, Melbourne only runs all-night trains on Fridays and Saturdays. For the airport, it should be an everyday occurrence.

It would be nice if Melbourne decided not to emulate SkyBus' pricing, which starts at around $19 one way, with discounts for families and regular travellers. Given that this pricing is similar to the train lines in Sydney and Brisbane, though, let's not hold our breath.