5 tricks to curb your holiday spending 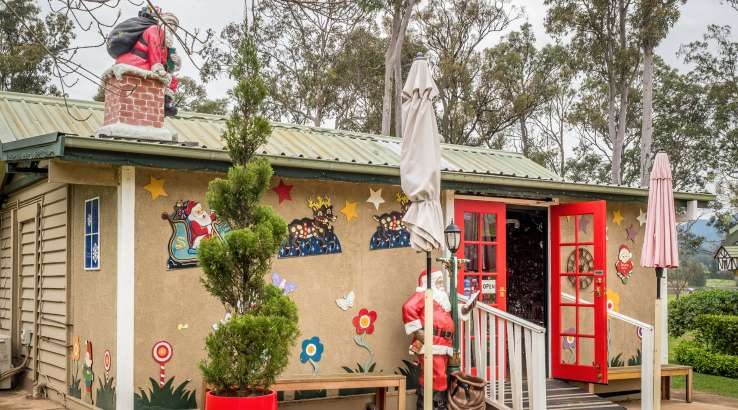 Cut back on Christmas budget blowout with these simple fixes.

Christmas is always an expensive time. From gifts, to alcohol and every festive thing in between, it's a trap for those who are prone to overspending. Even if you're normally sensible when it comes to money, there's something about Christmas that often sees us spending far more than we should.

With one in five Aussies putting Christmas on credit this year, according to a recent finder.com.au survey of 2,005 Australians, is it time we start scaling back our seasonal spend? According to this same survey, two in five Aussies (42%) plan to spend less this Christmas than they did last year.

And I'm one of them. I'm all for making the most of Christmas but that doesn't mean it has to break the bank.

The emergence of paywave, Afterpay and one-click shopping has made it easier than ever to squander cash during the holidays .Recognising that pressure and exercising self control can help keep you out of the red.

2. Don't slack off in the office

Research has found the average Aussie spends 114 minutes online shopping every week while they're at work. Not only is it affecting productivity, it can lead to people spending their salaries before they've even left the office. In the lead up to Christmas, online shopping can be quick and convenient, but wait until you've clocked off for the day and then decide if the purchase is necessary.

Research shows that merely touching an object results in an increase in perceived ownership of that object. So next time you're in a traditional bricks-and-mortar retailer, if you want to save some money, shop without touching. When you touch something you instantly feel more connection to it, which increases the likelihood of purchase.

Divulge your Christmas budget with your partner to keep you from overspending. Over 4.4 million Australians keep their spending habits secret from their partner and the sneaky purchases could be costing them dearly. By openly discussing your holiday spending you'll more likely exercise self control and limit unnecessary splurges.

Don't keep your credit card on file to avoid impulse purchases. A whopping 73.3% of Australians now keep their credit card details saved online. With the spread of one-click technology it drastically reduces the amount of time shoppers spend processing their transaction and doing a sense check. It was during that time of filling out all their details in a typical shopping cart that buyers would get cold feet and not follow through with the purchase. It might take you more time and be more tedious to enter your details in for every purchase, but it could also save you loads of money.

Bessie Hassan's Money Expert column provides advice to help you make the most of your money. It appears regularly on finder.com.au.