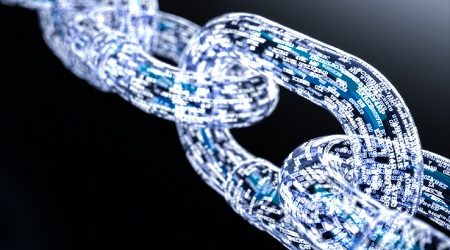 It could have been done without blockchain, but there are more reasons to use blockchain than not.

Today J.P. Morgan announced that it would be rolling out its own cryptocurrency, dubbed "JPM Coin". It's a USD-pegged stablecoin run on J.P. Morgan's implementation of Ethereum Quorum.

JPM Coin will be used to settle payments for its international clients, allowing the instant and programmable movement of money between J.P. Morgan clients and the bank. It's already been successfully tested.

The main question among sceptics is why J.P. Morgan chose blockchain architecture for its cryptocurrency since it's centralised anyway.

"Money sloshes back and forth all over the world in a large enterprise," J.P. Morgan blockchain head Umar Farooq explained to CNBC. "Is there a way to ensure that a subsidiary can represent cash on the balance sheet without having to actually wire it to the unit? That way, they can consolidate their money and probably get better rates for it."

For J.P. Morgan it represents a bet on a blockchain-ified future, and a way of getting ahead of the game.

"So anything that currently exists in the world, as that moves onto the blockchain, this would be the payment leg for that transaction," Farooq said. "The applications are frankly quite endless; anything where you have a distributed ledger which involves corporations or institutions can use this."

Others are not so convinced.

"It is not clear how it gets there," says Matt Levine writing for Bloomberg. "I suppose that a sketch of the answer is like: JPMorgan has a lot of clients... and they will try out JPMorgan’s walled-garden blockchain, and it will be good... and ultimately the JPMorgan blockchain will eat the world, yay."

"Still: why blockchain?" Levine asks. "The amount of dollars that each customer has consists of a number in JPMorgan’s computers.... Only now those computers will be dressed up as blockchains, because blockchains are cool."

"A big unanswered question here is what value is added by doing this as a blockchain network rather than a conventional database running on JPMorgan servers," agrees Timothy Lee, writing for Ars Technica. "The selling point of a conventional blockchain network like bitcoin or Ethereum is that it's open for anyone to participate and therefore can enable cooperation among people who don't otherwise trust each other... But JPM Coin is only going to be open to JPMorgan customers. And two parties who are both JPMorgan customers can already rely on JPMorgan as a trusted intermediary for any financial transactions they might want to undertake. So it's not clear how using a blockchain is helpful."

Why blockchain is the smart choice anyway

The question, basically, is why J.P. Morgan chose blockchain for its digital currency even though it's not strictly necessary. And there are several potential answers.

These benefits are not (except for the sexiness) exclusive to blockchain as a technology. But building out JPM Coin on a blockchain is still a no-brainer even if you don't believe blockchain is here to stay.

But if you do, it's an even more obvious choice. And J.P. Morgan's official stance is that it's one of those believers.

"We have always believed in the potential of blockchain technology and we are supportive of cryptocurrencies as long as they are properly controlled and regulated," it states in its JPM Coin FAQ.

The vision shared by Farooq is one of multiple compatible blockchain networks, where you can plug digital assets from, say, the public Ethereum network, into J.P. Morgan's Quorum and vice versa.

Other institutions such as Canada's central bank came to the same conclusion in their own blockchain tests.

"[Blockchain] enables an easier step forward by permitting a loose coupling of two separately governed systems without compromising the control of either authority over its system or assets," the Bank of Canada said after a two year long blockchain investigation. "By providing the appropriate assurance to the issuer that contracts on the DLT platform are well defined, the central bank can feel more comfortable that this 'token in the wild' can be used safely in a decentralized environment outside the boundaries of the RTGS (the current interbank settlement system) to settle multiple asset types, make payments, etc."