The 5 best ways to get a flight upgrade 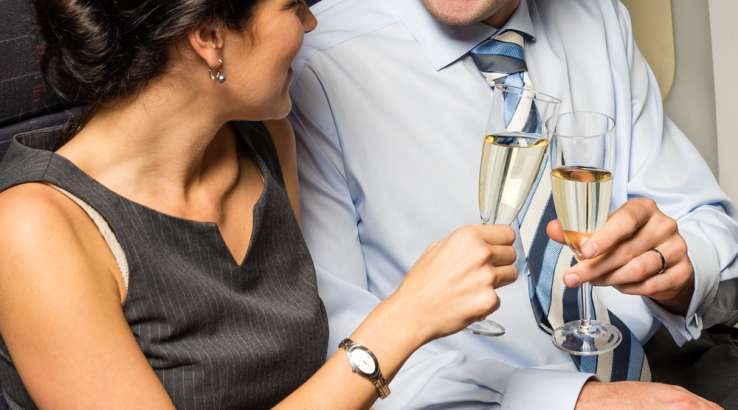 My time-tested techniques to slide from economy to business (and beyond).

There are few things in life more glorious than paying for an economy class ticket and then finding yourself in business class. And thanks to the free alcohol you'll score, it's really easy to celebrate your good fortune.

As an addicted frequent flyer, my best-ever performance in this area was on a British Airways flight from Boston to London, where I'd paid for economy but found myself, for the first time ever in my life, in first class. Ah, sweet memories.

I'm not going to lie though: your odds of getting an upgrade are not high. Airlines charge for everything they can these days, so even scoring an exit-row seat in economy class can be a tough ask if you don't want to fork out money for it. Follow these tips to maximise your chances. For even more ideas, check out our fuller upgrade guide. 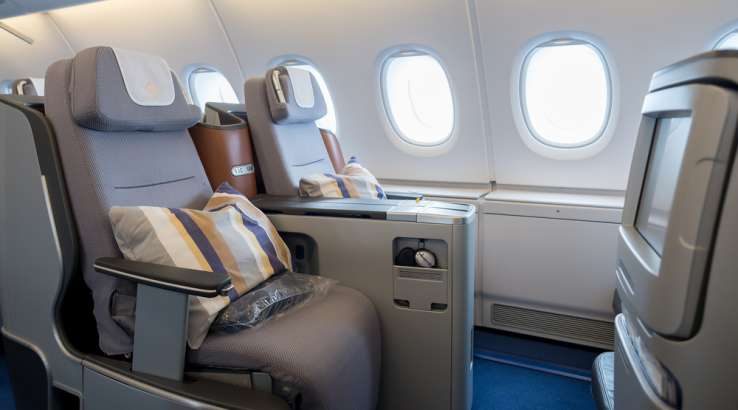 Frequent flyers get the most prizes. Picture: Stoyan Yotov/Shutterstock

Frequent flyers are always at the front of the queue when airlines start handing out upgrades. So if your goal is as many upgrades as possible, make sure that you always use the same airline (or airline alliance) every time you fly. As well as improving your upgrade odds, that will get you a better choice of seats and access to flight lounges as you move up through the tiers.

This is bad news if you're a bargain-hunting type/airline whore who constantly seeks out the cheapest fares. The reality is that this is the single biggest factor influencing your upgrade options, so you need to make a choice. If you always want to spend the least, then accept that upgrades are unlikely. If you're keen to upgrade, make a commitment and stick to it.

For Australians, making that happen starts with your domestic flights. For upgrade purposes, you have two choices: Qantas (which aligns with oneworld) or Virgin Australia (which aligns with Star Alliance). I'm not buying into the tired Qantas versus Virgin battles here, by the way: both are solid airlines with good partners. Make your choice based on who your employer uses, what's available in your area or your own personal preferences. 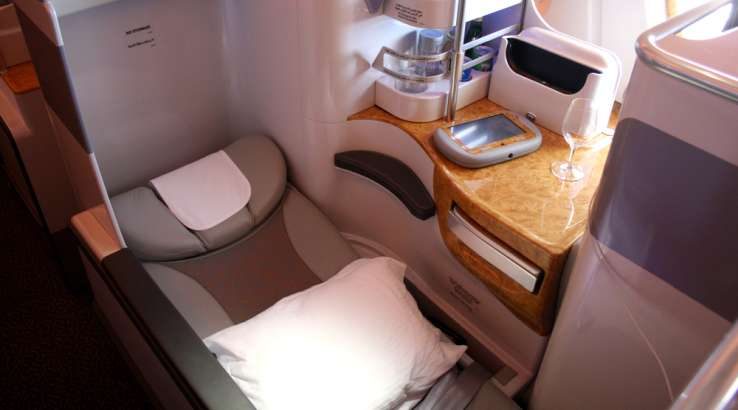 Bad news, couples: your chances of an upgrade are much, much better if you're flying on your own. It's very rare to see two vacant seats together in business class or beyond, even on a flight that's barely occupied. Flying on your own means you're an easier solve for the airline.

If you are lucky enough to score an upgrade as part of a twosome, chances are you won't be seated together. To have any real odds of that happening, you'll also both need to be in the same airline loyalty scheme and ideally on the same tier.

3. Dress and pack the part 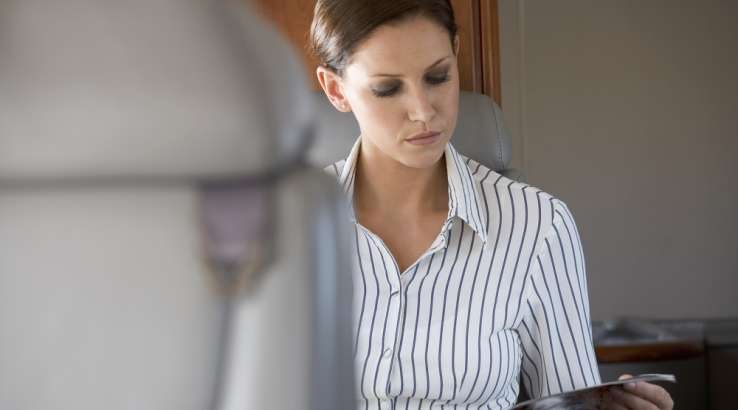 If you show up to the airport sporting a ratty-looking tracksuit and greasy hair, you're shooting any chances of scoring an upgrade right in the foot. You'll need to look as though you fit in. That doesn't mean you need to be in a suit and tie or flaunting high heels, but it does mean you should look clean, neat and professional.

A useful guideline is to find out the dress code for the airline lounge, since that's where business class passengers congregate. Qantas, for example, won't let you in the lounge wearing singlets, shorts, slippers or exercise clothes.

As an extension of this logic, don't try and push the boat out when it comes to luggage limits, either for carry-on or for checked baggage. Yes, it's true that you're allowed more of both if you're in business or first, but you shouldn't presume you're going to score an upgrade and show up with four suitcases. Showing you respect the rules increases your odds.

4. Be timely and pleasant 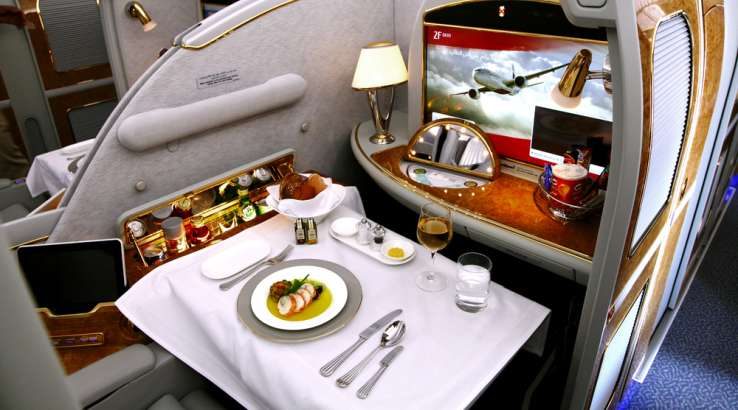 If you're planning to ask for an upgrade at the airport, show up bang on time when the flight opens, which is usually three hours prior to departure. That means fewer seats have been allocated, and the staff are less frazzled than they will have been after checking in an entire flight.

Ask nicely and don't create a scene. Being abusive is not going to score you an upgrade. And again, be realistic: the odds aren't great. But if you're pleasant, you may at least be moved to an exit row.

There's a school of thought that says people who show up at the last minute may be offered an upgrade if seats haven't been filled. In my experience, this isn't to be relied on. If there are vacant business class seats, they're more likely to be switched to passengers in economy who are on a platinum (or similar) frequent flyer tier. After all, if you were an airline, who would you reward: the regular flier or the bozo who shows up at the last possible moment? 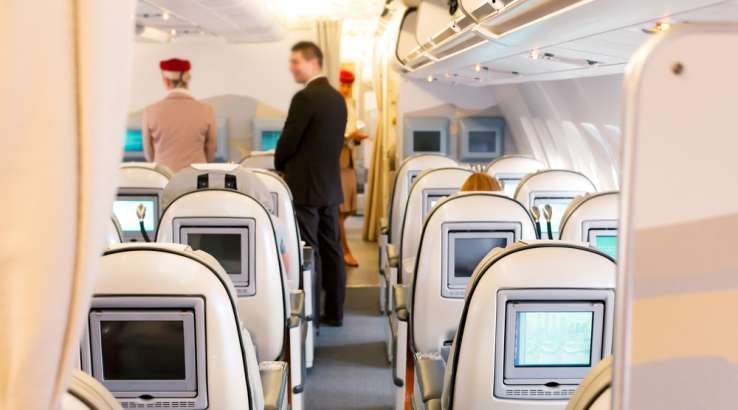 OK, yeah, I know – if you pay using your points, it's not actually a free upgrade. But it is by far the best-value way to use frequent flyer points, and in these tight times, it gives you the best odds of actually scoring that upgrade.

Some airlines (like Qantas) let you provisionally apply for upgrades with your points in advance, meaning you won't find out until the day you fly. Others let you lock one in, though the totals required may be higher. In the latter scenario, it's definitely a first-come first-served market, so get in quickly if you're keen for a specific upgrade on a particular flight.

Remember too that you may have multiple tiers to choose from. While first class is highly desirable, even jumping to premium is a happy boost. To make sure you've got the maximum number of points available, make sure you're using a credit card with a good earn rate and lots of bonus points.