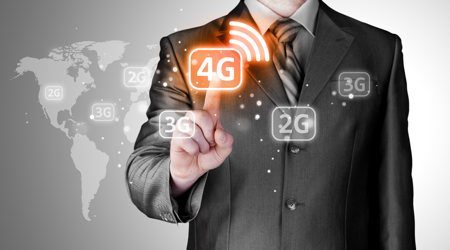 Australian mobile LTE broadband ranks amongst the world’s best for both availability and speed according to a new report.

The next time you complain about your mobile broadband speed, consider this: It could be a lot worse.

Admittedly, just like any shared spectrum network, our mobile broadband networks can get congested from time to time, as anyone who’s ever tried to frantically download some email while waiting at a busy airport or on a peak hour train could tell you. But by world standards, Australia’s got a lot to be proud of.

A new report from OpenSignal, The State Of LTE tracks and analyses global broadband trends for LTE availability and speed. Based on the responses of some 357,924 global OpenSignal LTE Android users over the period between 1 October 2015 and 31 December 2015, Australian average LTE availability -- the percentage of time users on the app could connect to an identifiably 4G LTE service -- ranks at only 20th in the world at 75 percent. However, when you take speed into consideration, we jump up to 8th overall with an average download capacity of 24Mbps.

Of the other 7 nations ahead of us in speed terms (Singapore, New Zealand, Hungary, Israel, South Korea, Romania and Denmark), only Singapore, New Zealand and Hungary beat us out in availability percentage terms. That’s a particularly impressive achievement when you consider that none of the faster download countries have anywhere near the land mass of Australia to cover.

In terms of bottom of the ladder placement, 4G LTE users in Costa Rica have the most to complain about, with only 41% recorded coverage and a comparatively lousy 3Mbps average connection speed to use. Users in Iran and Saudi Arabia have identical average speeds, but you're at least likely to connect more than half the time in those locations.

OpenSignal breaks its data out by carriers in each nation as well, which means we can compare the averages for the big three Australian carrier networks, remembering that no matter which brand you’re getting your mobile service from, it’s ultimately only running on Telstra, Optus or Vodafone’s Networks.

Here is how the three Australian carriers compare for 4G LTE availability and speed:

In global terms, though, the countries to be entirely envious of are clearly South Korea and Singapore, where both availability and speed across all carriers as an average is very high.

The data also has implications if you’re going to be roaming globally on your phone at any time in the near future, but only particularly if you plan on picking up a local SIM to go in your phone, as most roaming arrangements and travel SIMs do not typically include 4G data access as part of their plans. You would also need to ensure that your handset was compatible with the 4G LTE frequencies and bands in those locations.

Here are the full lists by country of average availability and speeds. You can sort by country, availability or speed by clicking on the selectors at the top of each column.