When there’s an NBN outage, can 4G broadband save you? 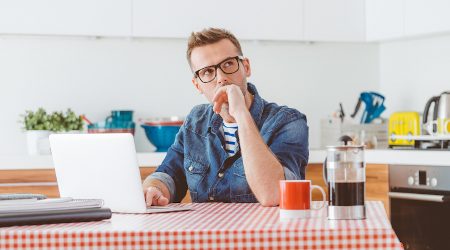 If your NBN connection has gone down, what are your 4G options to stay online?

You've no doubt heard by now that over the past weekend, Telstra's NBN services suffered an outage for a pretty lengthy window of time. Initially, it was pegged as a distributed denial of service attack but was later announced to be a configuration issue with Telstra's domain name servers.

Telstra has resolved the issue now, but for many Australians the obvious question was: what can I do when the Internet goes down? Could, or even should, you jump over to mobile broadband?

For a small number of Australians, that could encompass 5G Internet, but for the vast majority it would mean jumping over to a 4G connection of some kind. We've got two options for you to choose from when it comes to making sure you're never left without the Internet at home again.

1. Get an NBN modem with 4G backup

In order to take advantage of 4G backup, you need each provider's specifically supported modem with that capability built in. Telstra's model is the Telstra Smart Modem, Vodafone sells what it calls the Vodafone Wi-Fi Hub, Optus offers the Optus Ultra WiFi Modem and finally Tangerine Telecom sells the Netcomm NL19ACV as its 4G-capable NBN modem option. Signing up to an NBN plan from any of these providers gives you access to a modem with 4G fallback.

It should be noted though that there's a catch here for Tangerine Telecom customers specifically. Telstra, Optus and Vodafone don't charge any extra for 4G fallback data, but Tangerine Telecom does. If you want 4G fallback, you not only have to pay $199 upfront for the supported modem but also an additional $15 per month to enable actual 4G fallback.

Here are the plans from providers that give you the option of 4G backup:

If you go and look at the modem you got when you signed up for these providers and it's not one of those, you unfortunately won't get access to the 4G backup feature.

While having an NBN plan with 4G back-up is a nifty bonus, it's not without its own limitations. These devices usually work on a no-signal basis when it comes to the main NBN connection. That means that even if you have a poor NBN connection, the modem will still think you have a connection of some type, and won't switch you over to the 4G backup option, even if that 4G connection might be faster than the speeds you're able to get at that point in time.

You're also speed limited relative to the capability of any 4G network. Telstra, Optus and Vodafone all work on their respective networks, while Tangerine Telecom uses Optus' network capacity.

Telstra has the slowest speeds when it comes to its 4G backup, with speeds capped at just 6Mbps download and 1Mbps upload, way slower than any NBN connection you can pay money for. Vodafone, Optus and Tangerine Telecom are a tad more generous with 12/1 capped offerings on 4G at best. That would keep your email flowing, but you'd be watching Netflix in standard definition only, and even then that presumes you can use the maximum speeds offered by a 12/1 connection.

2. Use your phone or a mobile hotspot device

If you're not in the position to grab a 4G backup modem or the limited speeds don't match what you'd need from your Internet connection, the other option is to set up a Wi-Fi network from your smartphone or optionally invest in a mobile hotspot device such as the Telstra 5G Wi-Fi Pro.

As a radio broadcast network, the quality of 4G can vary wildly. In some situations and with some devices you might be able to get speeds much faster than the NBN in your area, but if there's a widespread outage, that's less likely, because everyone else in your area will be using 4G data too.

Now, you could just use whatever the data provision on your mobile plan actually is, but unless you're on a very high level plan already, you could very quickly chew through your mobile data.

So what should you do?

When you're planning around NBN outages, bear in mind that these should be rare occurrences. Any outage that lasts a serious amount of time is one where you have good reason to chase down your provider, NBN Co and, if needed, the Telecommunications Industry Ombudsman (TIO).

As such, you could take the approach of grabbing one of the currently available very high data month-to-month plans such as Circles.Life's 100GB SIM-only plan if you have frequent need of a solid amount of backup data.

However, if your outages are few and far between, you might do better with a one-off long expiry high data plan, like those offered by amaysim on a 6-month or 365-day basis.

With these, you'll pay a one-off fee for what amounts to a lump of data that you can fall back to if your NBN connection is down or underperforming, but you don't have to pay monthly fees for a service you might not need every month.

How to set up your phone as a mobile hotspot

Almost every Android and iPhone device sold in Australia is hotspot capable, but it's worth making sure that you have them permanently plugged in if you're using them as your primary Internet connection. Acting as a hotspot chews through battery capacity like crazy, and if you don't you might find your access suddenly cut off because your phone has gone flat.

You also need to bear in mind that the effective Wi-Fi range of most phones – and quite a few dedicated hotspot devices – is far shorter than that of even the cheapest provider-supplied Wi-Fi modem. Don't expect your phone's Wi-Fi range to cover your entire house, in other words.

While it can be tempting to set your phone hotspot totally open to make it easier to hook devices up, remember that you can't control how far those signals go. Open networks can be used by anyone, and you don't really want strangers gobbling up your mobile data, so set a password for access.

Also, remember to switch it back off once your NBN connection is back on track. Mobile data isn't cheap.

Actually enabling your phone as a hotspot is pretty simple, whether you've got an iPhone or an Android device. Here's how to get it started, presuming you already have mobile data enabled on your phone.

Set up hotspot on iPhone

Apple makes it easy to pair up Macs and iPads to existing iPhones, but if you want the full hotspot experience for other devices, open Settings then choose Personal Hotspot. Switch it to "On" and then other devices should be able to see your iPhone as an available Wi-Fi hotspot.

Set up hotspot on Android

This can vary a little depending on the age of your device and whether it's running a custom launcher or plain Android, but it's usually no more difficult than going into Settings then Network and Internet and then Hotspot and Tethering. For some Android builds, you may have a direct toggle for this from the notification blind.

Think hotspotting is the way to go?

If you're not keen on signing up to a brand new NBN plan just to access a modem with 4G backup, here are some other big data mobile plans to consider so you've got a decent amount of data to fall back on should you need it.