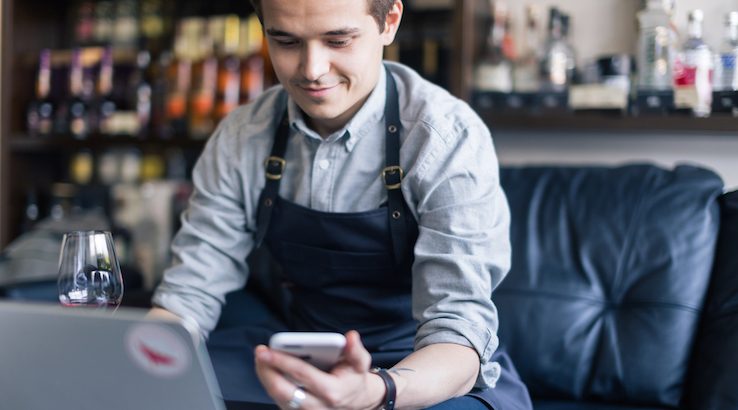 Open banking is expected to increase innovation while reducing the monopoly of the big banks.

After much discussion and debate, the results of the Review into Open Banking have been released today.

On 20 July 2017, treasurer Scott Morrison commissioned the review into open banking in Australia. Currently, banks and other financial institutions hold data about customers' transactions, accounts and finances. This can make it costly and time-consuming to find the right financial product or service for you and make the switch. However, open banking will make this easier.

Chaired by a partner at King & Wood Mallesons Scott Farrell, the final report makes 50 recommendations ranging from the regulatory framework, the type of banking data involved, the security measures for banking customers, how data will be transferred and issues around implementation. However, four core principles emerged from the report around the customer, competition, innovation and security.

The first, and arguably most important, recommendation in the report concerns the welfare of the customers. Farrell argues the open banking should be enabled for the customer and considered from the customer’s perspective.

The report also goes on to say that open banking should require explicit customer content and should only be shared when the consumer has given direction to the data holder to do so. As such, customers should be notified of the data they’re sharing and be able to deny or revoke access easily.

It also suggested that customers should be able to track their open banking transactions and participants should be required to maintain a record of data transfers.

While this has been a topic of much debate between banks, the report also states that open banking should allow for a more competitive banking environment.

This is because better access to data will allow customers to make more informed decisions about their financial choices. Plus, by allowing write access, open banking will encourage customers to use a greater range of services to better manage their finances. As a result of the increase in variety, the cost of services may fall while the presence of sufficient security procedures will increase for customers.

Following the importance a new competitive market, the review also mentions that open banking will provide a framework that allows new ideas and businesses to emerge and grow.

By expanding access to open banking beyond the major banks, the report argues that competition and innovation will be encouraged and enhanced. The review also notes that the regulations around open banking shouldn’t be limited to existing financial structures. Instead, it needs to be flexible, future oriented and responsive to change.

4. Open banking should be safe, efficient and fair.

From a customer perspective, security is a massive concern regarding open banking. So, the review also placed a strong emphasis on the need for increased security and privacy.

To make it easier for customers to understand how their data is being used and the implications of their involvement in open banking, notification and requests should be limited to a single screen and communicated clearly.

The review also states that the types of data that will be shared should only include customer provided data, transaction data that is stored in a digital form for specific types of accounts held in Australia and product data. It also notes that data should be transferred free of charge.

The review also suggests that open banking should require all Authorised Deposit taking institutions to share customer data and that data sharing should be applicable for all customers with a relevant account in Australia. The review also lists types of data that won’t be included in the scope of open banking. These include data supporting an identity verification check, data that would materially increase the rise of customer identity theft and transformed data.

It also recommends that consumer data should continue to be protected by the Privacy Act (1998). In addition to this, the review also suggests that a principles-based, comprehensive liability framework should be established.

The report also confirms that customer data should be transferred via APIs that are built in accordance with the Australian Data Standard Setting Body. The review concludes that open banking should also be legislated through amendments to the Competitive and Consumer Act (2010) and it should be regulated by the ACCC and OAIC, with advice from ASIC, APRA and the RBA. However, the review also notes that new and specific rules will also have to apply to open banking.

Once the government has made a final decision, the review suggests that a period of approximately 12 months should be allowed to ensure proper implementation. The steps to this implementation will include amending existing laws, determining roles of regulators and agencies, establishing an accreditation framework and Data Standards Body as well as testing by open banking participants.

As part of the comprehensive credit reporting legislation that will roll out from 1 July 2018, we also already know that the Big Four will have to supply at least 50% of new credit data by the new financial year. This will be increased to 100% of mandatory data by the time 1 July 2019 rolls around.

After the commencement date, the new open banking systems will be formally evaluated to consider the potential of future write access, emerging comprehensive digital identity, a new data ecosystem to advance the digital economy, greater transparency in the value of data and more.

Responses to the review

While it has been cause for much debate, many industry players are excited and supportive of the change towards open banking in Australia.

"It will benefit consumers who will have access to better, more tailored products and services as well as start-ups (like Xinja) who can create innovative new solutions. It's time Australians had access to this kind of technology," says CEO and founder of fintech startup Xinja, Eric Wilson.

Morrison also told the Australian Financial Review he believes that open banking and subsequent new regulations will slacken the major banks' "stronghold" on information and encourage an influx of fintech innovation.

You can read the report in full online. The Government is also seeking further detailed comments on the recommendations before the final decisions are implemented. You can lodge any submissions with data@treasury.gov.au by 23 March 2018.