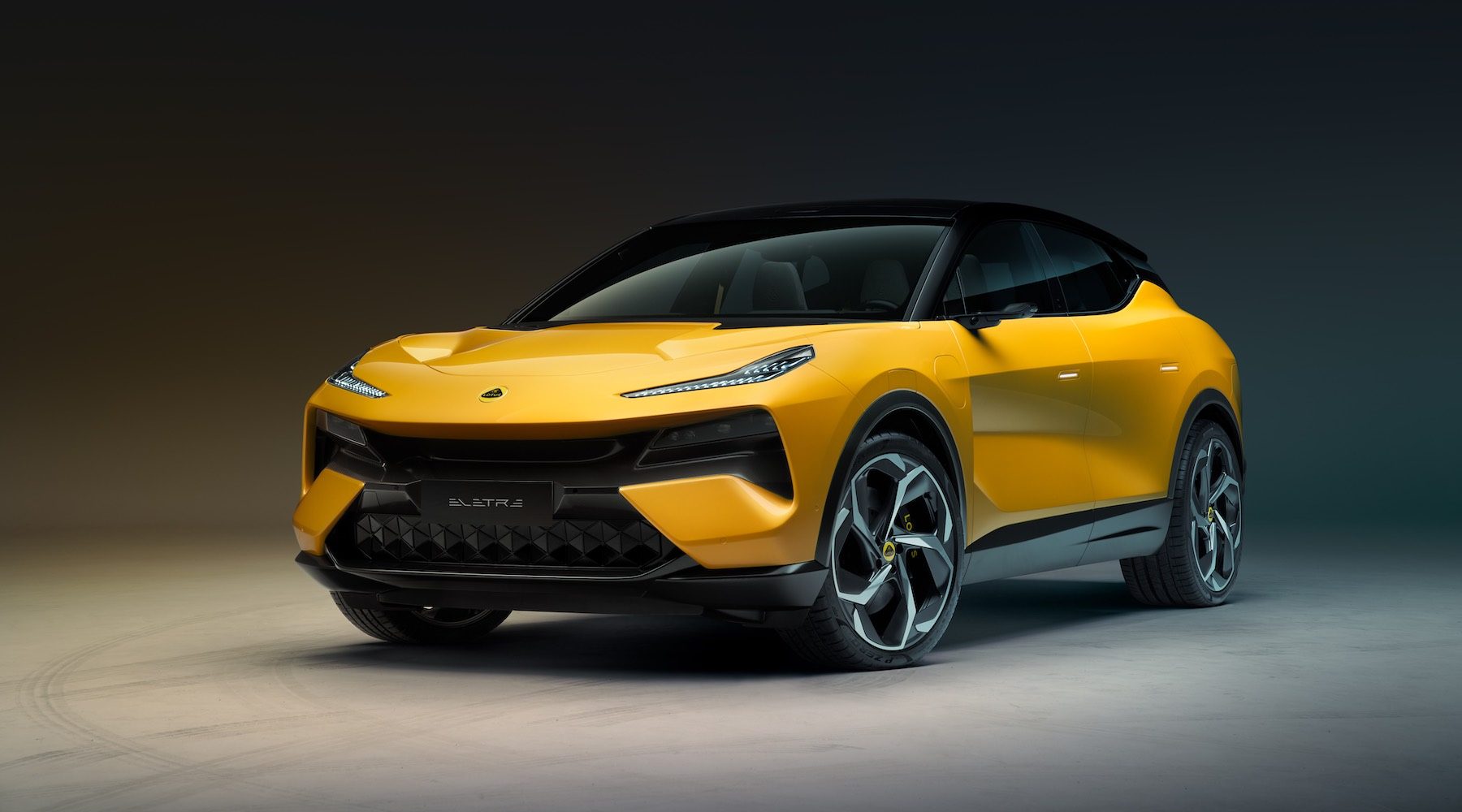 Produced in China and featuring upwards of 447kW, the 2023 Lotus Eletre will be capable of 0-100km/h in under 3 seconds, giving it typically Lotus-like performance.

Lotus has lifted the covers off what it calls its first "Hyper-SUV", the all-electric 2023 Eletre, which marks the brand's first deviation from building sports cars in over 70 years, and its second all-electric model after the Evija hypercar.

Set to be produced in China in an all-new dedicated factory, and designed in conjunction with Lotus' parent company Geely and its studios in Sweden and Germany, it's set to offer typical Lotus levels of performance despite inevitably weighing considerably more than any other Lotus before it.

Measuring in at 5,103mm long, over 100mm longer than a Toyota LandCruiser 300, the Eletre will feature a massive lithium-ion battery pack with capacity of more than 100kWh, aiming to deliver range of 600km on the WLTP cycle.

Powering the 2023 Lotus Eletre will be a pair of electric motors, mounted both front and rear to deliver all-wheel drive, with power outputs starting at 447kW, making it good for 0-100km/h in less than 3 seconds. 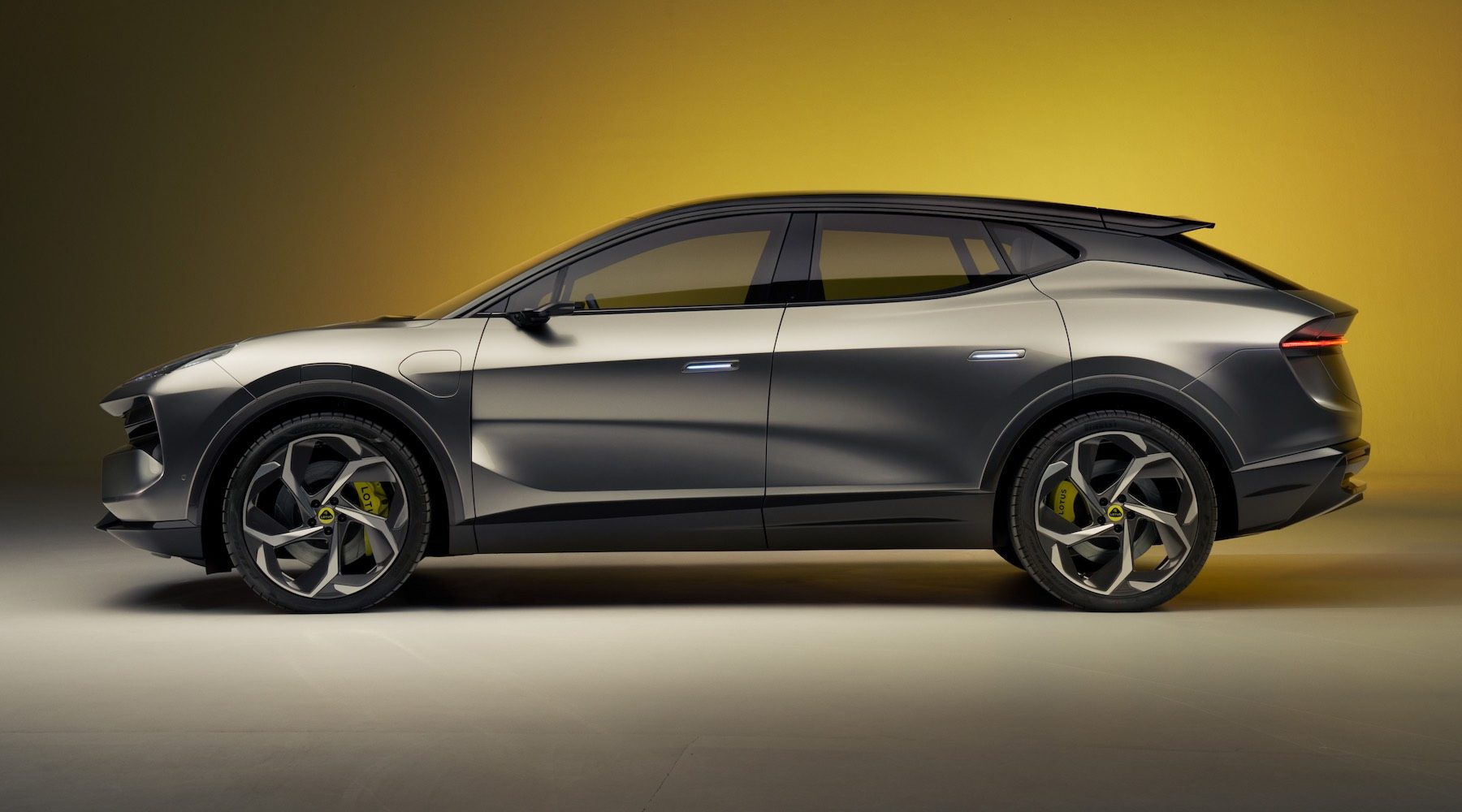 Naturally, being an EV, the Eletre comes replete with technology, including what Lotus claims is "the most advanced active aerodynamics package on any production SUV", along with the first deployable LIDAR system in a production vehicle.

Inside, the Eletre marks a significant departure from Lotus' traditionally sparse cabin designs, with a range of premium sustainable materials adorning every surface.

Working with supplier Kvadrat, man-made microfibres are used for the primary touchpoints, while an advanced wool-blend fabric covers the seats, with this material weighing 50% less than leather.

Carbon fibre is used for hard cabin materials, although here a resin composite featuring recycled fibres trimmed from the edge of traditional carbon fibre weaves is used to create a marble-like finish. 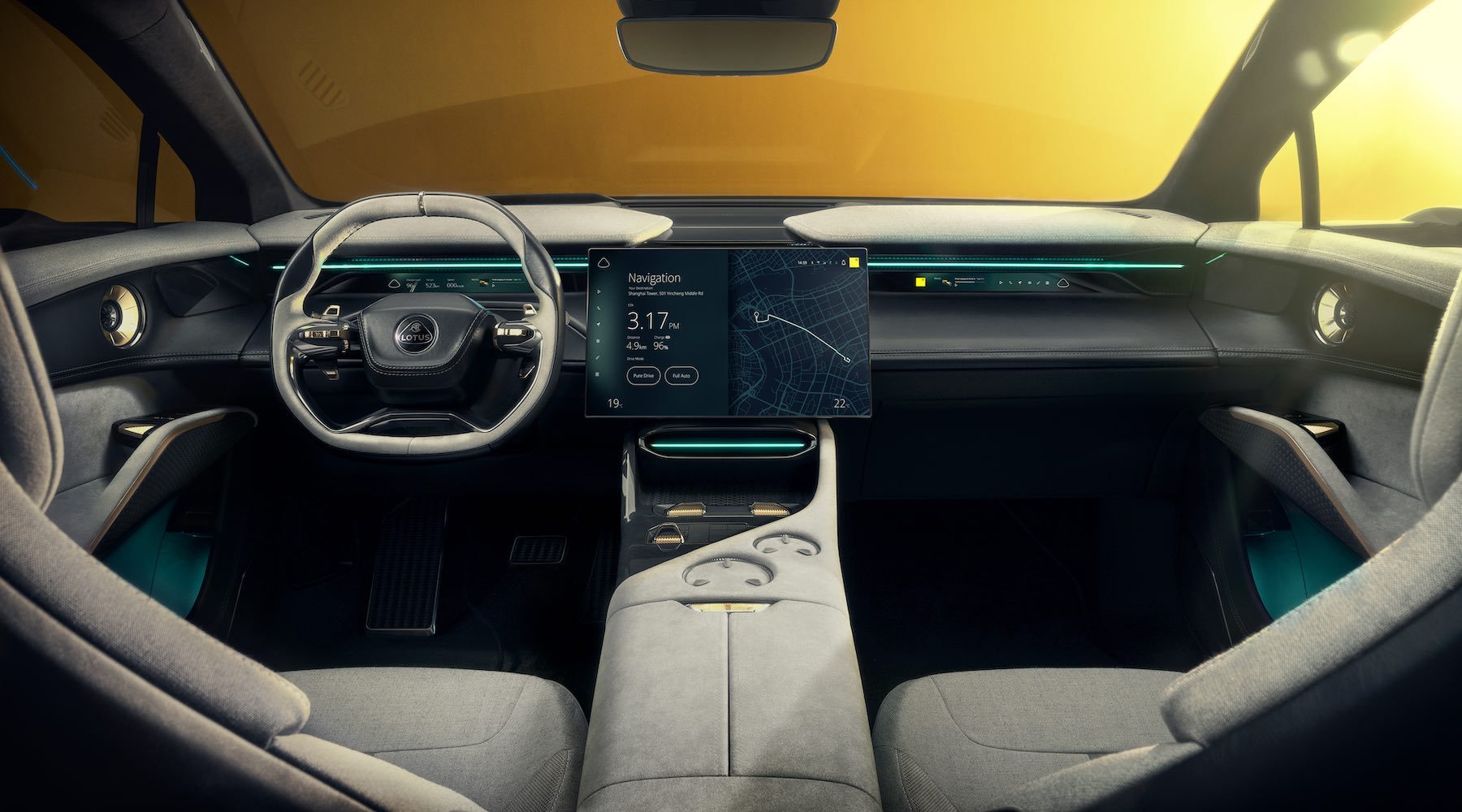 Lotus notes that it has followed the brand's old adage of "simplify and add lightness" beyond just the material choices, with the small and thin instrument panel and hollowed-out centre console evidence of this.

Both conventional 5-seat and individual 4-seat layouts are available for the cabin which is sure to feel bright and spacious thanks to a fixed panoramic glass sunroof.

The interior's most definitive feature has to be its Tesla-like 15.1-inch floating infotainment display, although this can fold flat when not required while in a Model 3 it is fixed in place.

A head-up display featuring augmented reality technology is also standard equipment, while a choice of KEF audio systems with either 15 or 23 speakers is available. 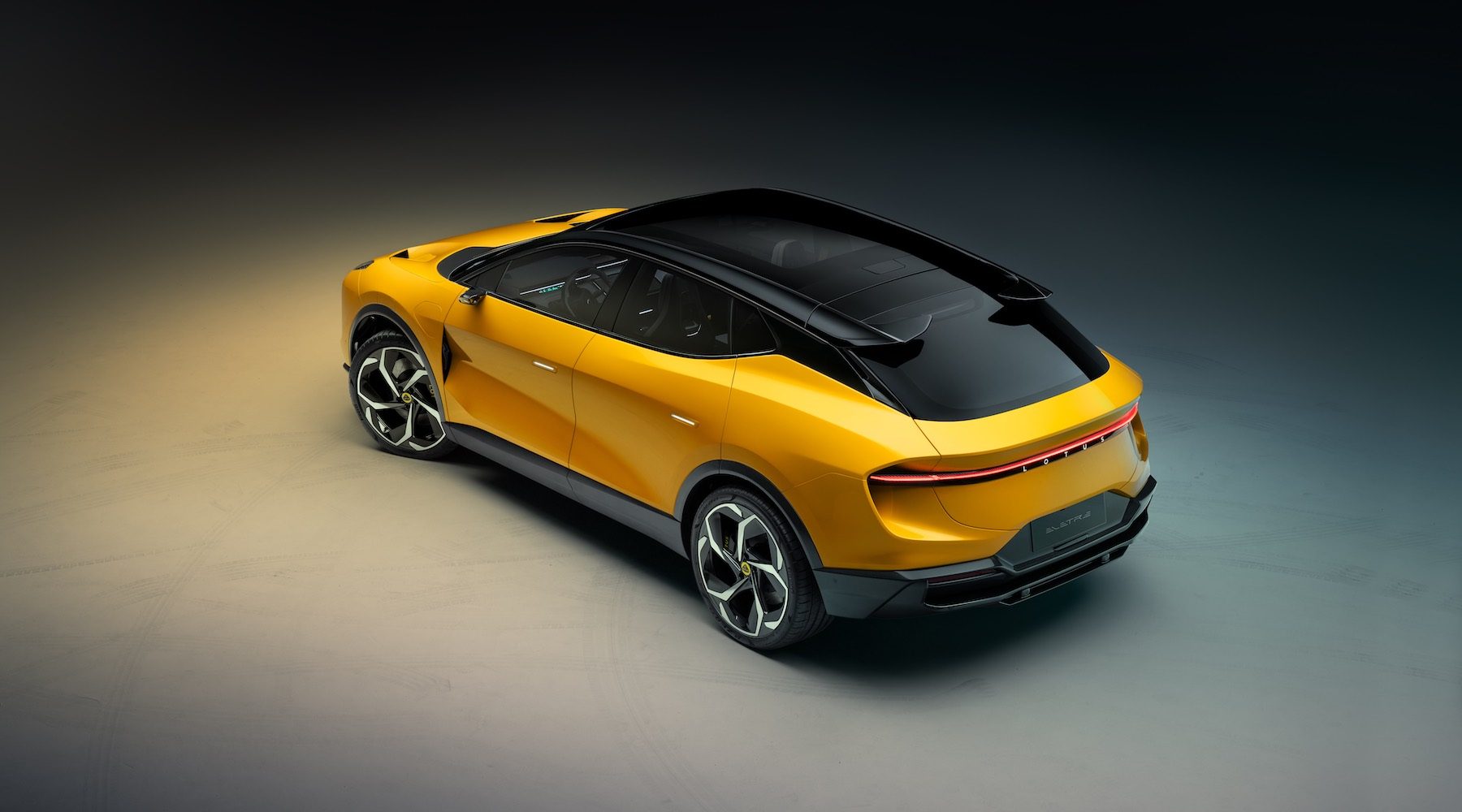 The 2023 Lotus Eletre is set to enter production in China by the end of 2022, with first deliveries there and in the UK and Europe commencing in early 2023.

The model's Australian plans are yet to be confirmed, although it's understood Lotus wants to bring the Eletre Down Under.

The Eletre is the first of 4 new electric models from Lotus slated to enter production by 2026, with a mid-size SUV, a sedan and a sports car developed with Renault-owned Alpine set to follow.

To help you save time when looking for your next car, our car reviews combine multiple reviews into one. You might also be surprised to see how much you could save by easily comparing car loans and car insurance while you're here.