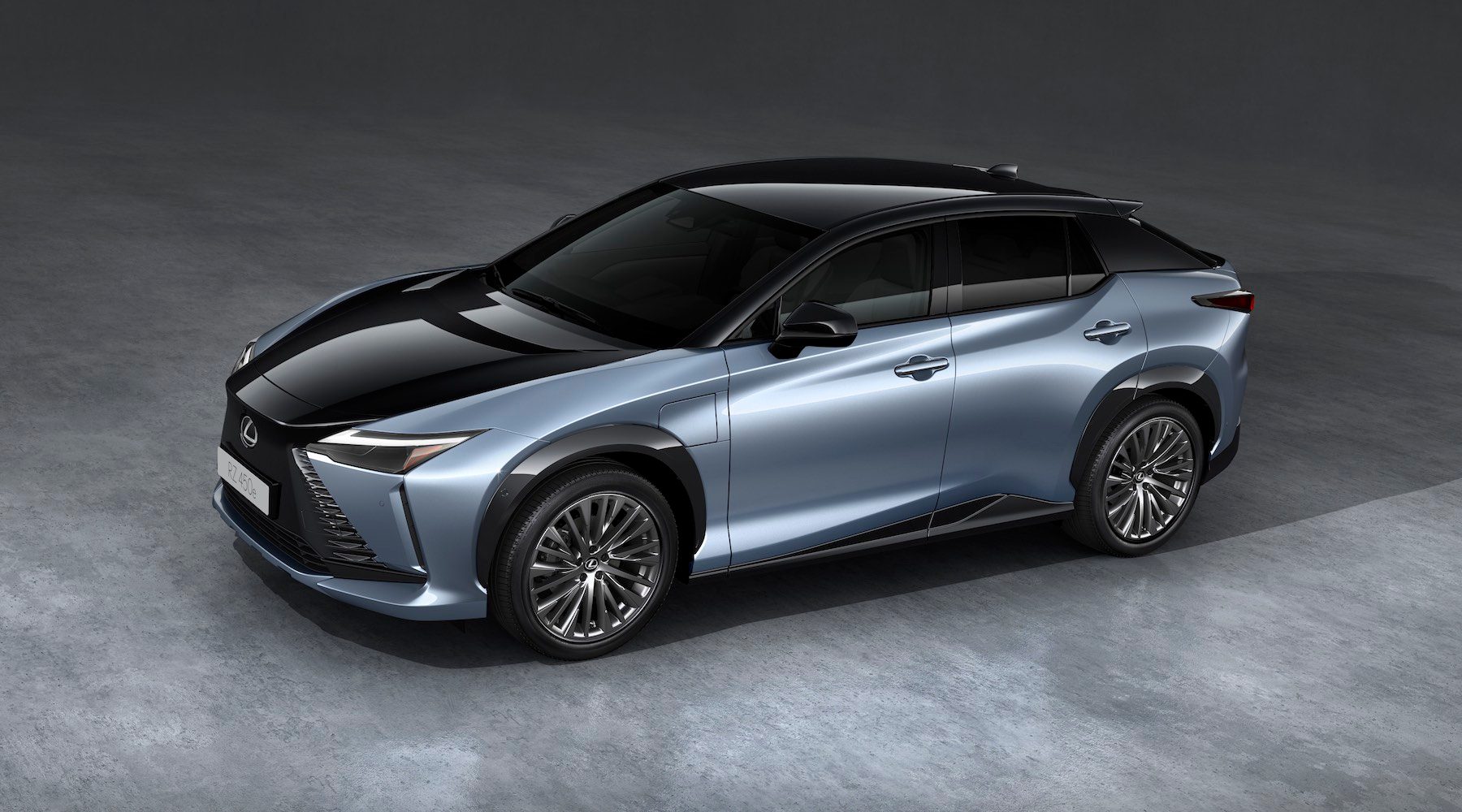 Lexus has lifted the lid off its first battery electric vehicle built on a dedicated platform – the all-new RZ 450e SUV.

Following on from Lexus's first electric model, the UX 300e, the RZ marks the next step in establishing not only Lexus's new design language but its transition towards becoming an EV-focused brand.

With Lexus's signature spindle grille replaced by a solid painted slab, the RZ sports a coupe-like roofline that leads toward the rear where the new "LEXUS" script badge now features.

Inside, the RZ marks a shift toward a more driver-focused cabin design, with all controls oriented around and towards the driver. Lexus is also using a rotary dial shift knob for the first time in the RZ. However, what's likely to garner the most attention when it comes to this cabin is the yoke-like steering wheel – something already divisively seen in the Tesla Model S Plaid.

Other interior highlights include a self-dimming panoramic sunroof that offers 99% UV protection and a range of premium materials including Ultrasuede, which uses 30% sustainable materials.

Sharing a platform with the Toyota bZ4X and Subaru Solterra, the Lexus RZ 450e sports a 71.4kWh lithium-ion battery pack that will give it an estimated 400km of range.

Lexus also claims the RZ will retain at least 90% of its battery capacity after 10 years thanks to its advanced battery-control system, ensuring longevity. 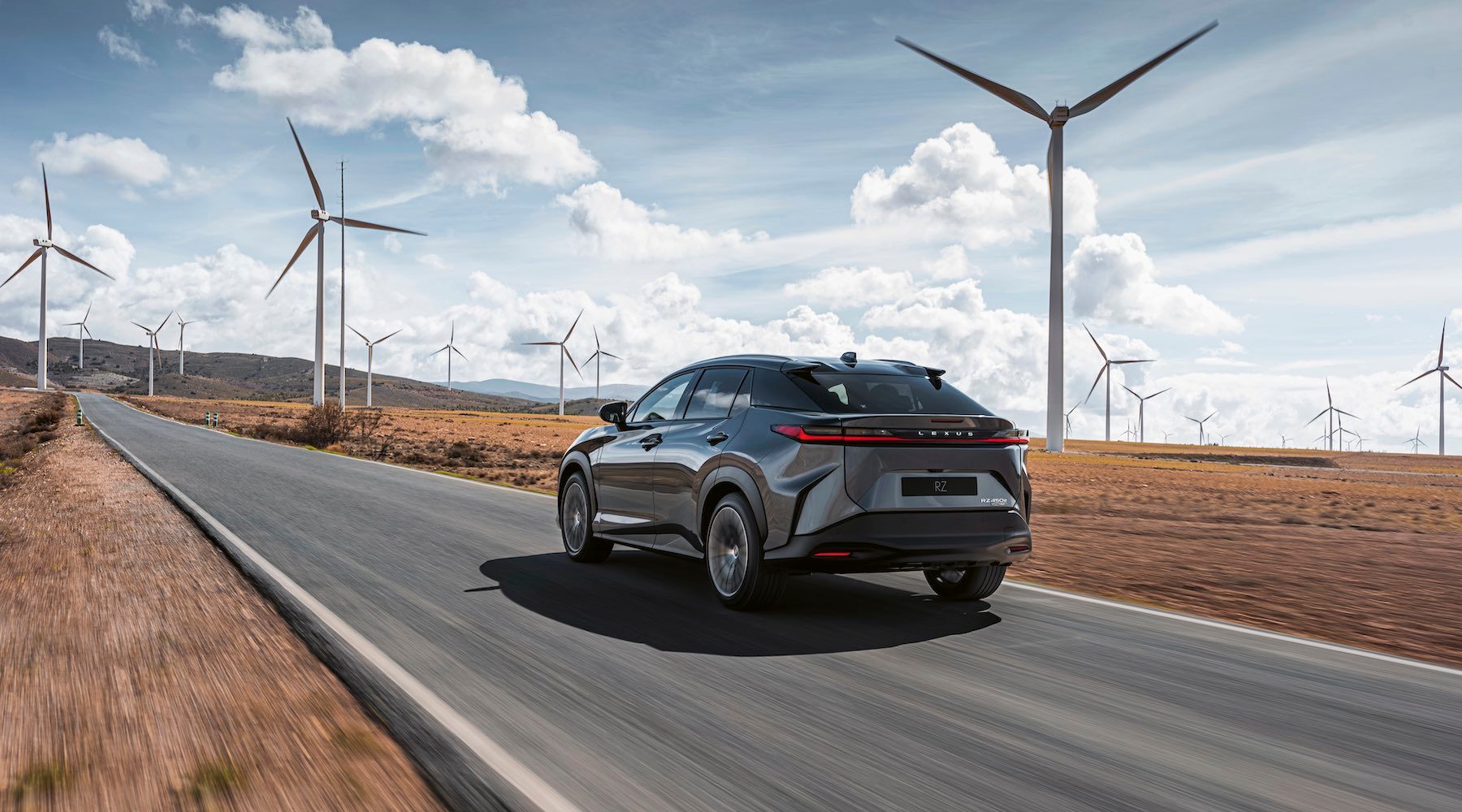 Power is increased over its Toyota and Subaru counterparts, with preliminary figures suggesting its front and rear electric motors will be rated for 150kW and 80kW respectively. An official 0-100km/h time is yet to be confirmed.

What has been detailed, though, is the RZ's new DIRECT4 all-wheel-drive system, which uses the RZ's 2 electric motors to vary power distribution between 60:40 and 40:60 front-rear during acceleration to minimise vehicle pitch.

The system can also send 50-75% of the power to the front wheels when turning to improve steering response and feel, while 50-80% can be sent to the rear wheels when exiting a corner to improve traction.

The RZ uses a steer-by-wire system, which is not mechanically connected to the wheels and as such can vary steering ratios to eliminate the need for hand-over-hand operation. Also set to help drivers is the inclusion of the Lexus Safety System Plus with its new Proactive Driving Assist capability.

In addition to its pre-collision safety, radar cruise control and lane departure alert systems, the RZ features an optional drowsy driver monitor, which can bring the vehicle to a safe stop automatically if it detects the driver has lost control of the vehicle by assessing their posture.

Lexus has yet to announce complete specifications and Australian pricing for the RZ 450e. Local launch timing is also yet to be confirmed.

To help you save time when looking for your next car, our car reviews combine multiple reviews into one. You might also be surprised to see what you can save by comparing car loans and car insurance while you're here.