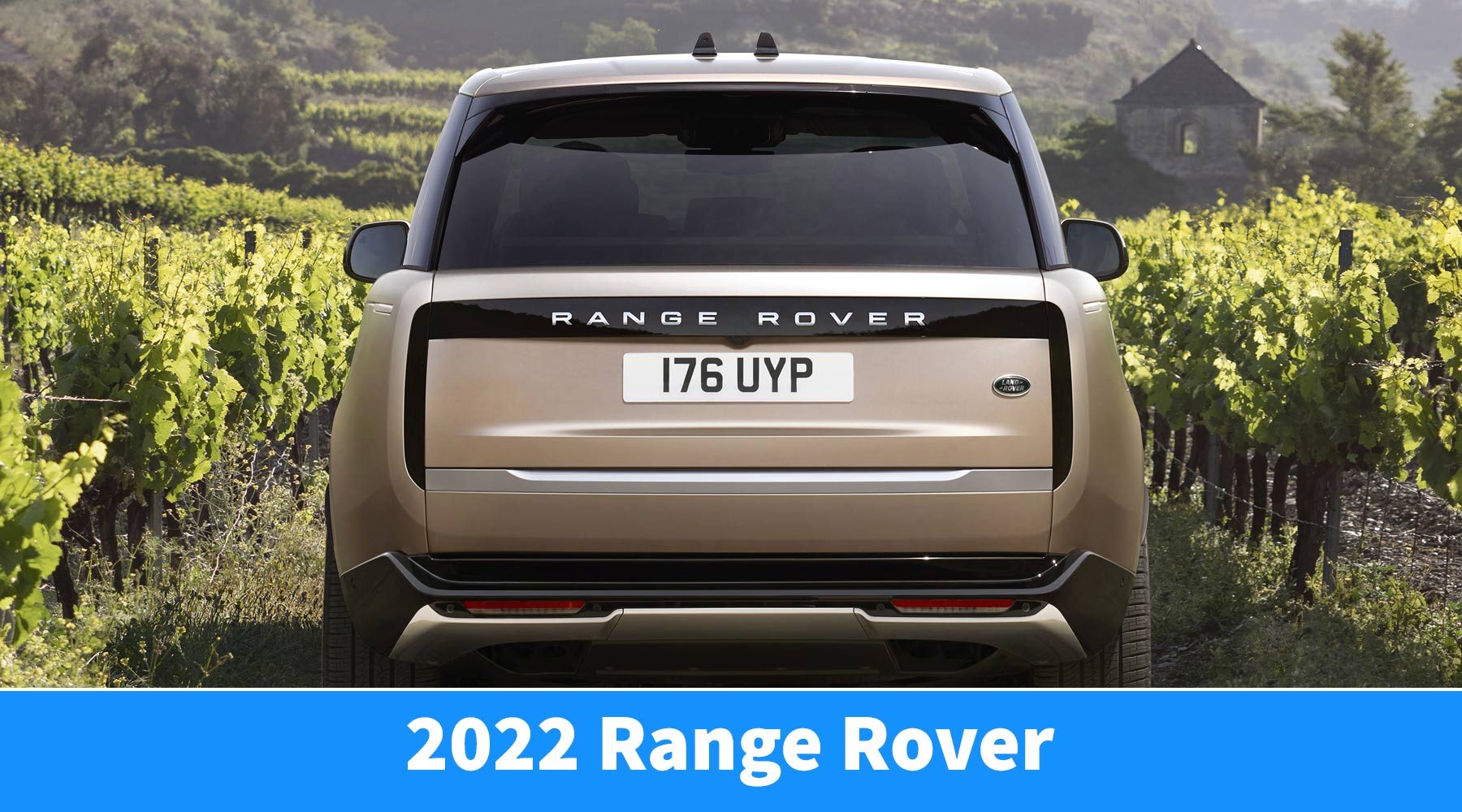 The 2022 Range Rover promises to be the most technologically advanced, refined and desirable SUV the company has produced in its fabled 50-year history

At the local media briefing, the British company unveiled a sleek, head-turning iteration of the luxury SUV, with a number of innovations. Impressively, the company says that the new Range Rover has completed over 1 million kilometres of testing. It has also undergone 64,000 physical test sign-offs and 260,000 virtual tests. Land Rover has also lodged 125 new patents (so far) for this new model. It's fair to say there has been some work put into it.

Here is what I thought was really interesting as well as some of the highlights you can look forward to.

The new Range Rover is the most advanced and refined vehicle produced by the company to date. It benefits from a swath of new technologies: a newly engineered platform (MLA-Flex), fresh drivetrain options including a Plugin-Hybrid and even a whole new model – the Range Rover SV.

It will be priced at $220,200 for the entry-level SE, but things get pricier (much pricier) as you make your way up the line-up, with the before-options pricing topping out at $312,500 for the V8 First Edition.

Making your Range Rover truly unique and your own is possible too. Long Wheelbase buyers can spec their Range Rover with 4 or 7-seat options, while new, alternative materials are on offer, should you not feel like leather upholstery. There have been a number of obvious and notable refinements made around the vehicle, which has been designed around 3 specific body lines.

What caught my eye most, though, were the new, hidden-until-lit tail-lights. They haven't just been tinted either, as the engineers at Range Rover developed a whole new technology to create the look.

Massimo Frascella, director of design at Jaguar Land Rover explained how every single detail had been millimetrically obsessed over.

"The design has been carefully considered and refined literally to the millimetre. From the proportions to all the surfaces, from the flush details like the glazing, side vents, the hidden waist finisher, all the way to the hidden-until-lit technology of the tail-lamps", Frascella stated.

Range Rover has stated an electric model is incoming, with an expected launch date of 2024. That'll be a first for its largest vehicle in the line-up.

Until then, buyers can choose from a stable of V6 and V8, with both petrol and diesel engines offered. Plus, there are mild and plug-in hybrid variants too.

If you want a Range Rover with the heart of a sports car, then the P530 is the engine to go for. It extracts a massive 390kW and 750Nm from a 4.4-litre V8 block, with twin turbos. Acceleration times are given as 4.6 seconds to 100km/h when in launch mode.

Then, for those who want a Range Rover with electric-only capabilities, the Plug-in Hybrid is the one to go for. With this model, known as the P510e, you get a 375kW, 3.0-litre inline-6, which has 700Nm of torque (between 1,500 and 5,000rpm), thanks to its 105kW that sits within the transmission. Range Rover states the expected real-world range for this model is 80 kilometres, which is more than enough for most commuters to travel exclusively on electric power alone. Charge times are just under an hour on a high-output rapid charger (to juice back up to 80% capacity). At-home charging can be easily done overnight, as it should only take around 5 hours.

Something really unique for a PHEV and vital for a vehicle like a Range Rover is the space for a spare wheel if needed.

Over-the-air software updates are fast becoming the norm; however, with a view to the future, Range Rover has striven so that nothing escapes possible refinements down the line.

No fewer than 70 components on the 2022 Range Rover are updateable wirelessly at your convenience. 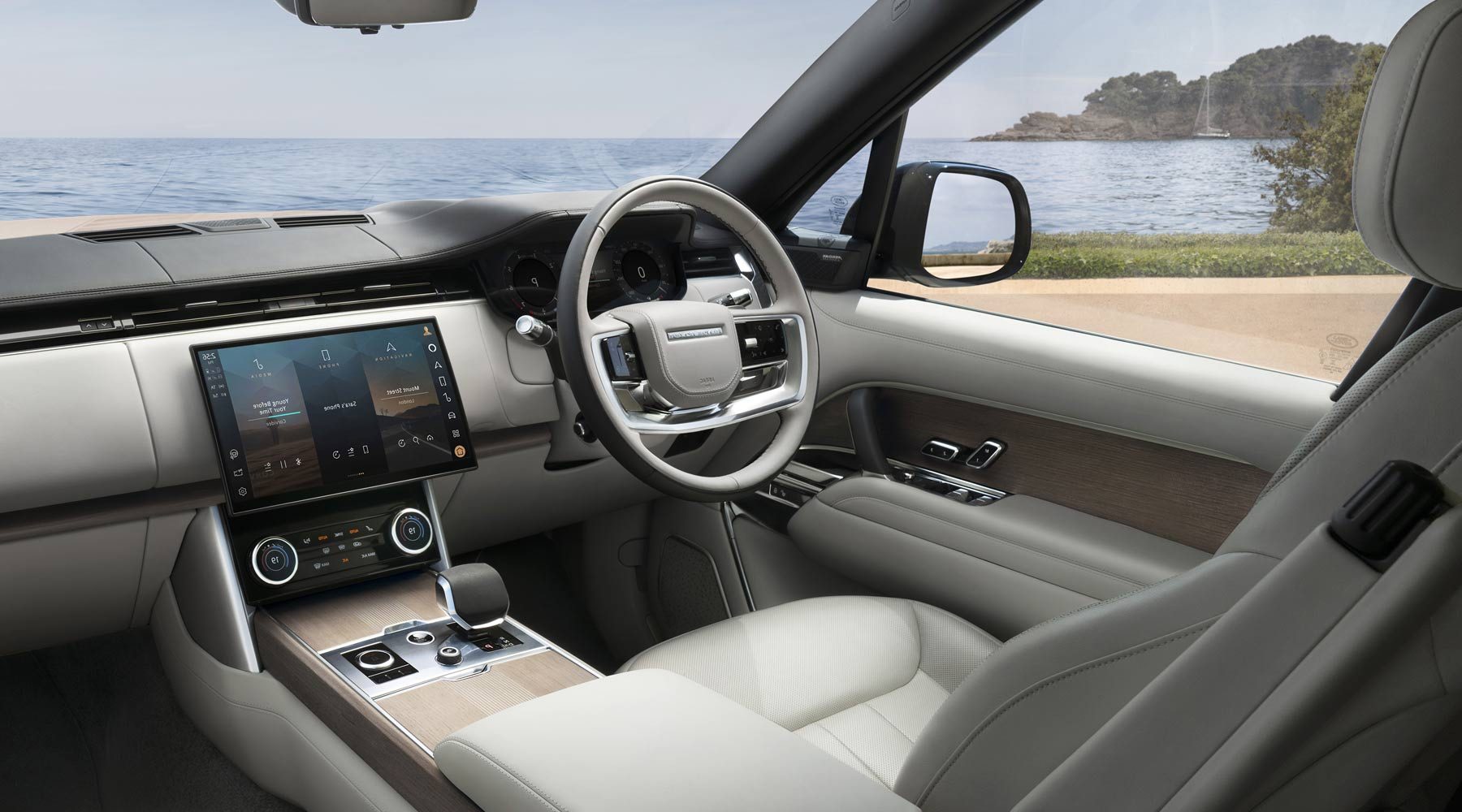 Adding to this is the ability for the vehicle to become a part of your connected home. With an Amazon account, you can use Amazon's digital assistant, Alexa, in the vehicle for anything from car-related voice controls to turning the lights on at home.

There is virtually nothing you can't option on the 2022 Range Rover. At the lower end of the spectrum, you can have 11.4-inch touch screens fitted in the back (for $6,850). Should you prefer to not have to open or close your doors, you can have them electronically do it for you – at a cost of $3,700.

Then you get to the truly bespoke, turning your Long Wheel Base Range Rover practically into a limousine by specifying just 2 passenger seats in the second row. Those come with electronically reclining leg rests and no less than one metre of legroom! Not a bad way to get around. And as you can imagine, there is plenty in between. Some highlights include the following:

It would appear that getting to your destination has never been more efficient or comfortable based on what Jaguar Land Rover is telling us about the new and improved navigation system.

For starters, it will optimise the route for a more efficient drive while using the hybrid system to really get the most out of it. That might seem less pressing for Australia, but it will also ensure that you use electric power in lower emission zones.

The vehicle reads the road ahead, using eHorizon navigation data to adjust the ride. At night, the Dynamic Bending Light technology actively tweaks the lights, depending on whether there are corners closing in on your route.

The 2022 Range Rover marks the debut of the company's Flexible Modular Longitudinal Architecture – MLA-Flex for short – which Jaguar Land Rover believes, in conjunction with the quiet EV capabilities of the new drivetrains, is the ultimate interpretation of refinement.

By using a mixture of metals throughout the chassis, the luxury SUV is not only safe but strong. To put it in numbers, the electrified model is now 50% more rigid than the previous generation Range Rover and also 24% quieter.

Throw in the Integrated Chassis Control system and an advanced noise-cancelling technology (that utilises microphones outside the vehicle and speakers in the headrests of the first 2 rows) and this latest Range Rover promises to be one plush ride.

Not that you are going to see a luxury SUV with pricey paint travelling the Oodnadatta track or traversing one of the Barrington Tops trails, but it is worth mentioning that the new Range Rover comes with a lot of pedigree and ability. It will boast a maximum ground clearance of 295mm, for the standard wheelbase and only 1mm less for the long wheelbase. A 24.7-degree approach is less than you would expect from more serious off-roaders like the LandCruiser or MU-X; however, it can boast a superior departure angle of 29.0 degrees, while being able to wade through almost a metre of water.

With those measurements aside, there is a bunch of tech that is going to make these cars highly capable off-road:

Don't forget to check our car reviews. While you're here, it's a great use of your time to compare car loans and car insurance, doing so could save you money!