Developed by the team at Ford Australia, the 2022 Ranger Raptor not only boasts a powerful new engine but advanced 4-wheel drive and suspension systems as well.

Ford Australia has lifted the covers on its hotly-anticipated 2022 Ranger Raptor, with the all-new model finally set to boast the performance many may have hoped for from the last-gen version.

Based upon the redesigned Ranger that debuted late last year, the Ranger Raptor has been developed by Ford Australia's design and engineering team in conjunction with Ford Performance, and it's clear the teams have been listening to customer feedback.

Headlining the second-generation Raptor's upgrades is the introduction of a new 3.0-litre twin-turbo V6 petrol engine, which delivers a potent 292kW at 5,650rpm and 583Nm at 3,500rpm – a substantial upgrade over the 2.0-litre twin-turbo 4-cylinder diesel engine of the previous model.

Featuring specific Ford Performance tuning and an anti-lag system to mitigate turbocharger lag on the exit from corners, the V6 EcoBoost engine utilises a compacted graphite-iron block that Ford claims is up to 75% stronger than a traditional cast-iron block. An active exhaust system also gets the best sound possible out of this new engine as well. Compared to the regular 2022 Ranger, the Ranger Raptor features a unique chassis with reinforcements to the C-pillar, load box and spare wheel, while there are also unique frames for the jounce bumper, shock towers and rear shock brackets.

Independent double wishbone suspension with aluminium upper and lower control arms is used at the front while a refined Watts link set-up with coil springs is used at the rear. The adaptive Live Valve Internal Bypass system is linked to the Ranger Raptor's drive mode system, which includes Quiet, Normal, Sport and Baja modes – the latter offering the most aggressive engine tuning, loudest exhaust note and most off-road-optimised suspension tune as it's set up primarily for high-speed off-roading.

Should you bottom out, though, it features a 2.3mm-thick high-strength steel bash plate, which is double the size of that on the normal Ranger, along with additional engine and transfer case shields. 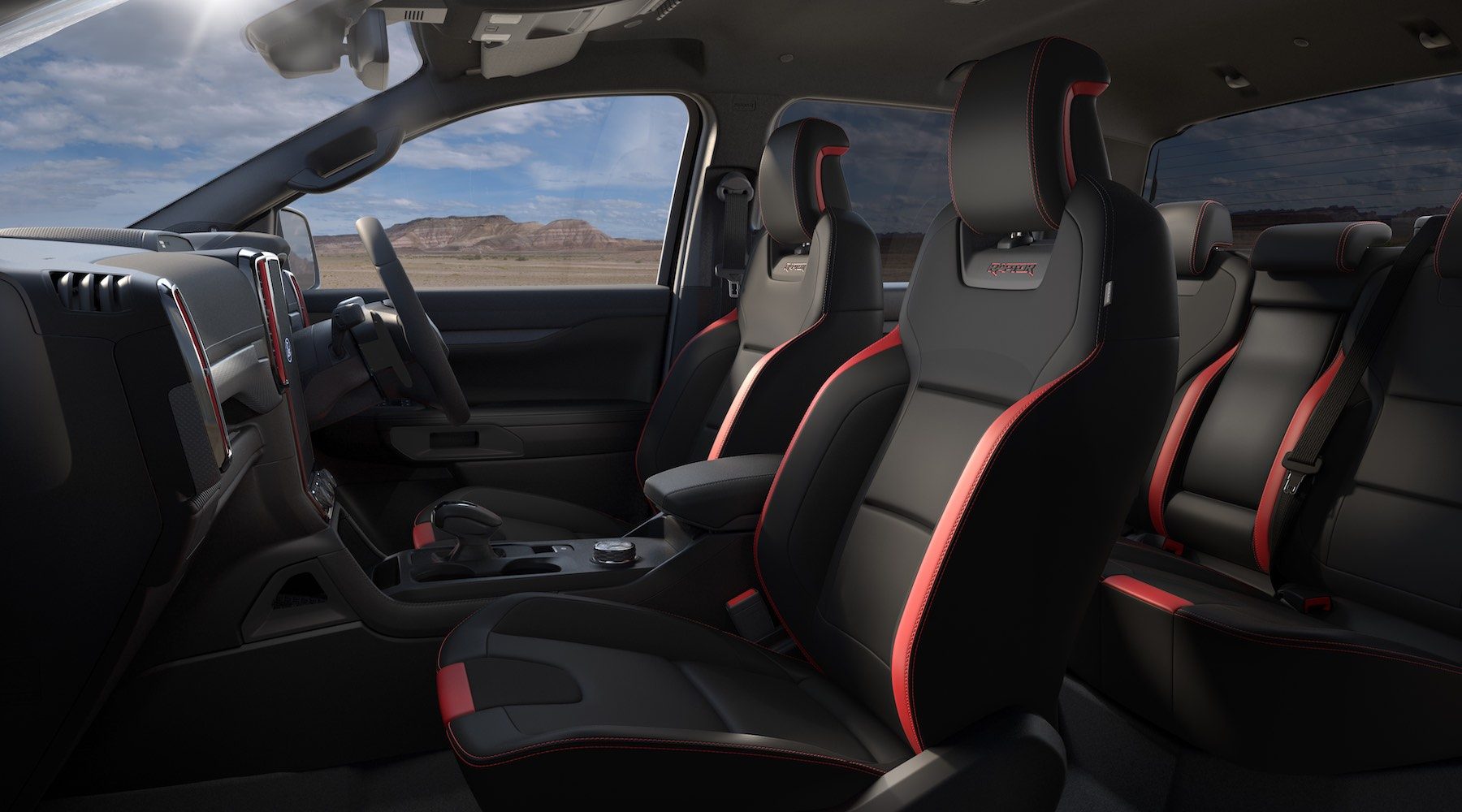 In addition to the standard drive modes, the Ranger Raptor also features additional off-road modes for terrains including sand, mud and rock crawling, along with the Trail Control system, which acts like off-road cruise control, maintaining a selected speed up to 32km/h.

Under its traditional flared wheel arches, the 17-inch alloy wheels come with the choice of 2 designs – one offering beadlock capability. Both wheels are shod in BF Goodrich KO2 All-Terrain tyres as standard.

Pricing and an exact release date for the 2022 Ford Ranger Raptor are yet to be confirmed.

Check out our car reviews which combine multiple verdicts into one, helping you save time. While you're here, you might also be surprised to see how much you can save by comparing car loans and car insurance.