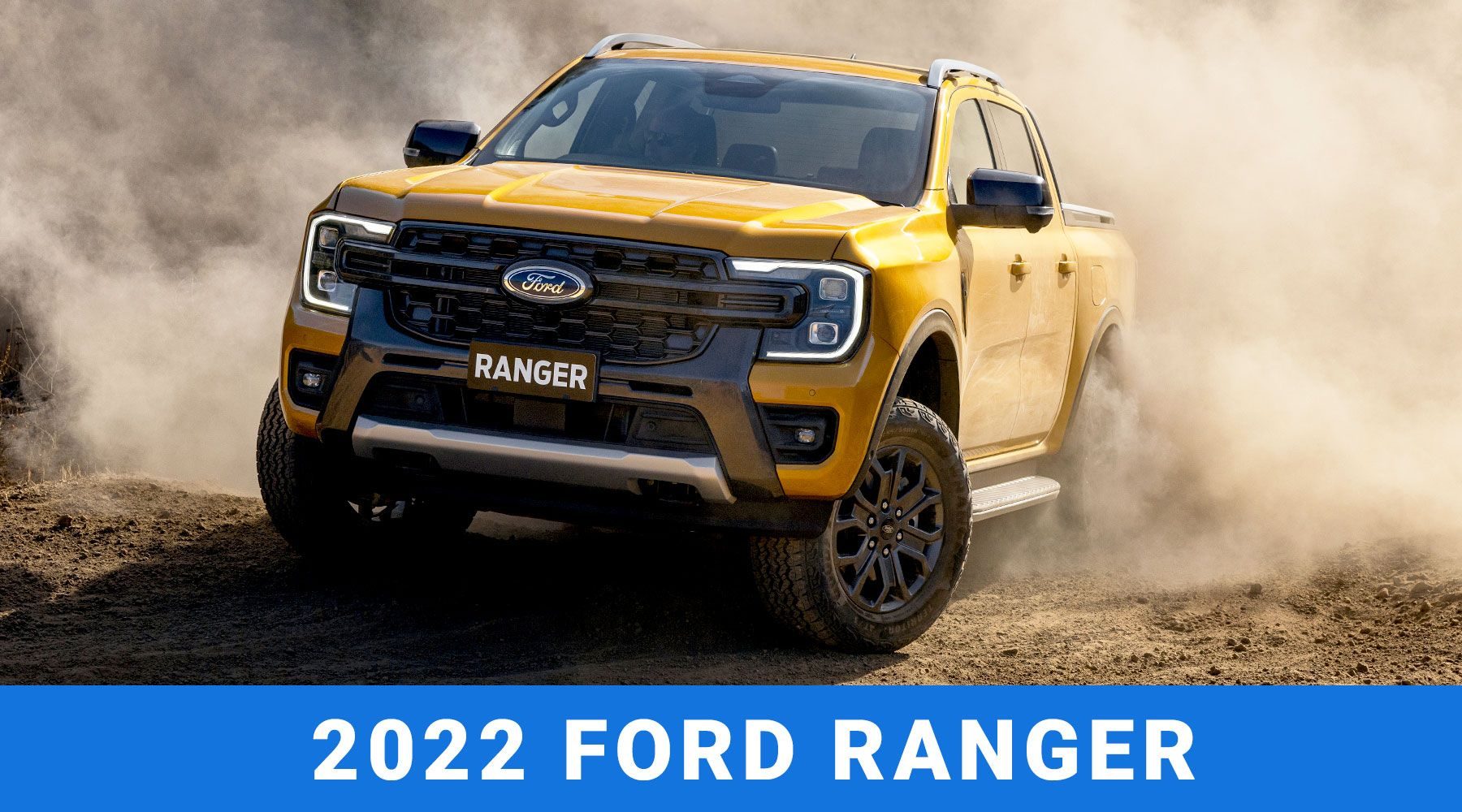 Ford Australia's engineers spoke with ute owners across the globe to improve and upgrade the T6 Ranger to new levels for 2022. Here's the important stuff. 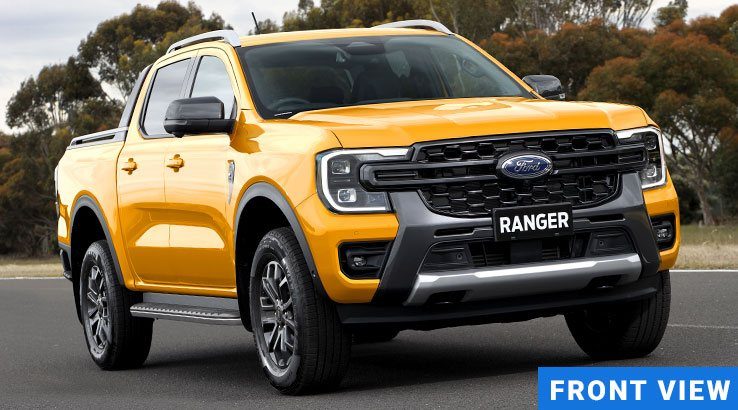 When you see the 2022 Ford Ranger's new design, the first thing you think of is the F-150. The Ranger has been reshaped in response to comments from 5,000 ute owners. Reportedly, when they were asked how the next-gen Ranger should look, they wanted something that appeared solid and self-assured.

It certainly seems like the team at Ford's Australian Product Development Centre, based in Victoria, have pulled that off. The 2022 Ranger is now more square, adopting Ford's global design language – hence the F150 comparisons. Everything's a bit more defined, almost like the truck has hit the gym. The wheel arches stand out more, there's a crisp shoulder line that runs down each flank and the new front grille insets into C-shaped headlights. Those, by the way, are LED units – a first for the Ranger. From the rear, the most noticeable changes are the retooled taillights and that chiselled front-end profile. 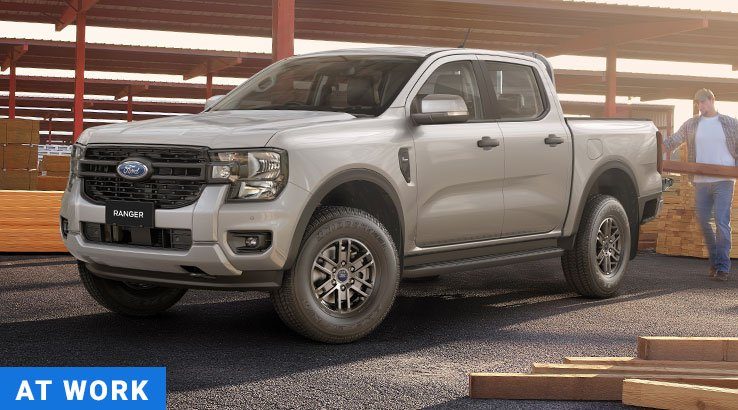 Through their research, the Ford Ranger development team learned that customers wanted a more forceful engine for towing large trailers. In answer, they adapted one of Ford's 3.0-litre turbocharged diesel V6 engines for the Ranger.

Though not confirmed, it seems this might be the 3.0-litre Ford Power Stroke diesel, which is fitted to Ford F-Series trucks as well as the Transit van in some markets. In those applications, it can produce up to 186kW and 597Nm.

We'll learn more about the V6 powertrain option closer to the launch date.

Also available is a 2.0-litre, in-line 4-cylinder diesel – with either 1 or 2 turbos. Ford says the single-turbo diesel is best suited for those who run vehicle fleets or are small business owners and appreciate a blend of power, torque and fuel economy. Meanwhile, they say the bi-turbo diesel is more "sophisticated" and has higher levels of performance, while still achieving solid fuel efficiency.

Gearbox wise, there will be an improved 10-speed automatic joining the current 6-speed auto. There was no mention of manual gearboxes. Ranger buyers now also have the option of 2 different 4WD configurations. There's an on-demand option or a full-time 4x4 system, which Ford says has a set-it and forget-it mode. 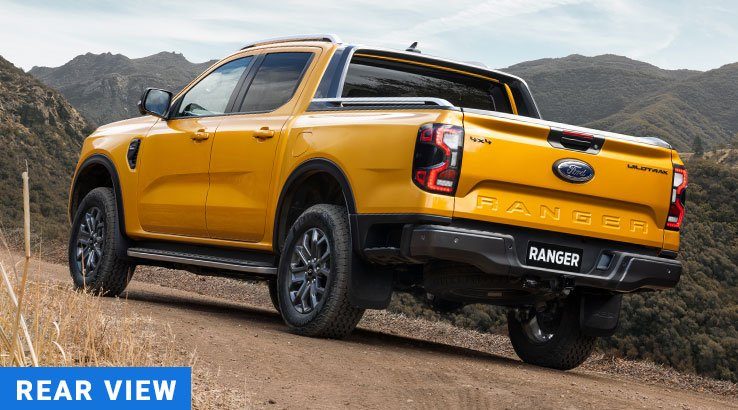 Ford's engineering team worked on tailoring the 2022 Ranger to better suit its diverse user base. Ford noted Ranger buyers vary from tradies who want a simple ute with excellent cargo carrying capacities to extreme off-roaders. Then again, some Rangers are used exclusively as a family transporter.

To meet those massively different needs, changes were made to the suspension. The rear dampers have been moved away from the chassis, which Ford explains improves the ride quality on- and off-road. The front wheels were shifted forward almost 2 inches to give the Ranger a more favourable approach angle. The wheels too have moved further from the chassis, thanks to longer axles – again, this apparently improves suspension travel for off-roading.

The Ford Ranger has grown a bit. It now has a 50mm longer wheelbase and the axles have been widened by 50mm. Ford says the chassis has been "upgraded". Interestingly, the underlying architecture for the front end is made using a hydro-forming process, which Ford states was needed to make more room for the V6 power plant while improving airflow for hard-working Rangers hauling trailers. They also stated this approach is future-oriented, allowing them to explore "other propulsion technologies".

Does that mean we might see a hybrid, electric or even hydrogen Ranger at some point? 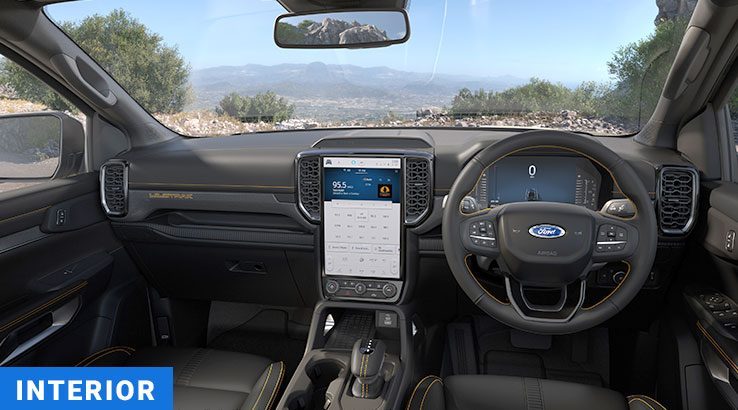 When asked, Ford Ranger buyers might have wanted a more capable and powerful ute, but they also longed for a comfortable and flexible interior – with all the latest passenger comforts. 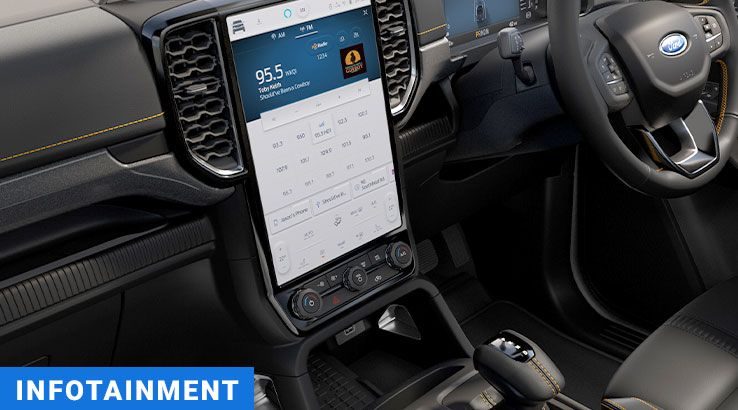 The interior is shaped around a portrait orientated 10.1 or 12-inch infotainment touch display. This screen serves as the interface for Ford's new SYNC4 software. It supports voice commands and Ford fits an Internet modem to enable things like remote starting and opening as well as vehicle telemetry – all accessed from your smartphone or tablet. The mobile connectivity also opens the way for over-the-air software updates.

The driver can view critical information like drive modes, an inclinometer and even steering angle for tough off-road sections. 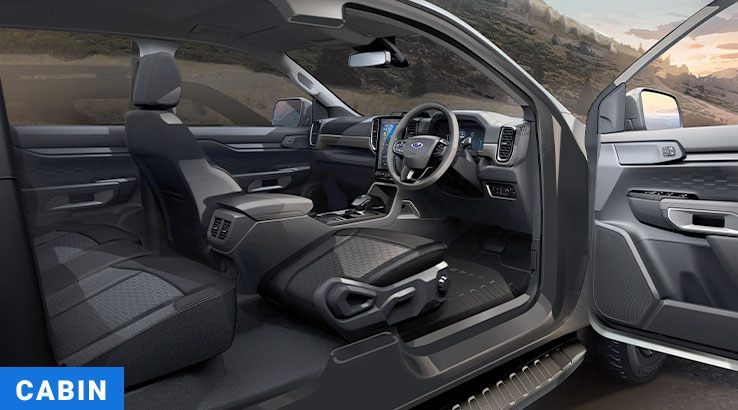 One unique sounding feature, borrowed from the F-150, is exterior zone lighting. Ranger owners can control the vehicle's exterior lights, through the touchscreen or their smartphone. There are lights in the tray and 360-degree illumination available, so those who use their Ranger for camping or work in remote areas can better see what they're doing at night.

Designers have also increased the size of interior storage pockets and incorporated stowage cubbies wherever possible. 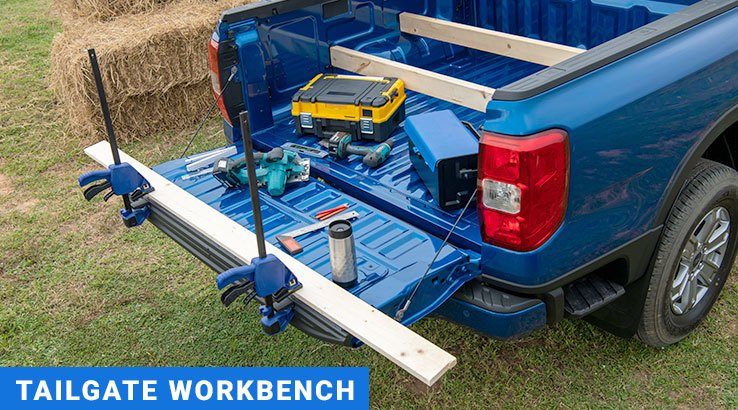 How do you improve a pick-up tray? Ford observed Ranger owners using their vehicles and saw that many people would hop into the back by standing on the rear wheels. Engineers solved this ingeniously by incorporating a rear step in the lower sill.

The tray is 50mm wider too, so it'll easily accept a "full-size" pallet, according to a Ford spokesperson. Standard sheet materials should also drop in there and lay flat. Boffins also created a tough plastic bed-liner that stops the paintwork from getting scratched and is easier on the knees if you're moving around in the tray.

Another innovation is a cargo management system that divides the tray up. Ford says this lets owners split the tray into smaller sections for securely holding things like toolboxes. Usefully, just like the American F-150, the tailgate features recesses for clamps, so you can secure lengths of timber or metals and cut them down, using the tailgate as a workbench.

There's no pricing information published yet for the 2022 Ford Ranger. Production is set to start at Ford's assembly facilities in 2022.

We'll get confirmed specs and pricing closer to the launch date.

All in, it seems the 2022 Ford Ranger should be the best one yet, with thoughtful usability advances and a brutish new design making the popular ute even better.

Looking for expert, comprehensive car reviews? Our ute reviews combine multiple reviews into one, giving you the highlights, so you save time. While you're here, why not take a few moments to compare car loans and car insurance? Doing so could save you money!