Set to be offered in 4 grades in Australia, the 2022 CUPRA Leon performance hatch range will be headlined by a 180kW plug-in hybrid and 221kW turbo 4-cylinder.

CUPRA has announced full pricing and specifications for the 2022 Leon, the smallest model joining the new brand's line-up which is due to arrive in Australia this June priced from $43,990 before on-road costs.

Positioned below the Ateca and Formentor SUVs, the Leon will only be offered in hatchback guise Down Under, with the Sportstourer wagon off limits for our market. Like all other CUPRA models, it comes with a distinctly performance-focused flavour, and similarly to the Ateca is based on a regular SEAT model offered in Europe.

There are 4 variants set to be offered in the Leon range: V, VZ, VZe and VZx. Although despite the tiered line-up, CUPRA is aiming to have it feel as though "there is no entry level variant as such" according to Jeff Schafer, CUPRA Australia's head of product and planning, given the strong standard equipment list range-wide. 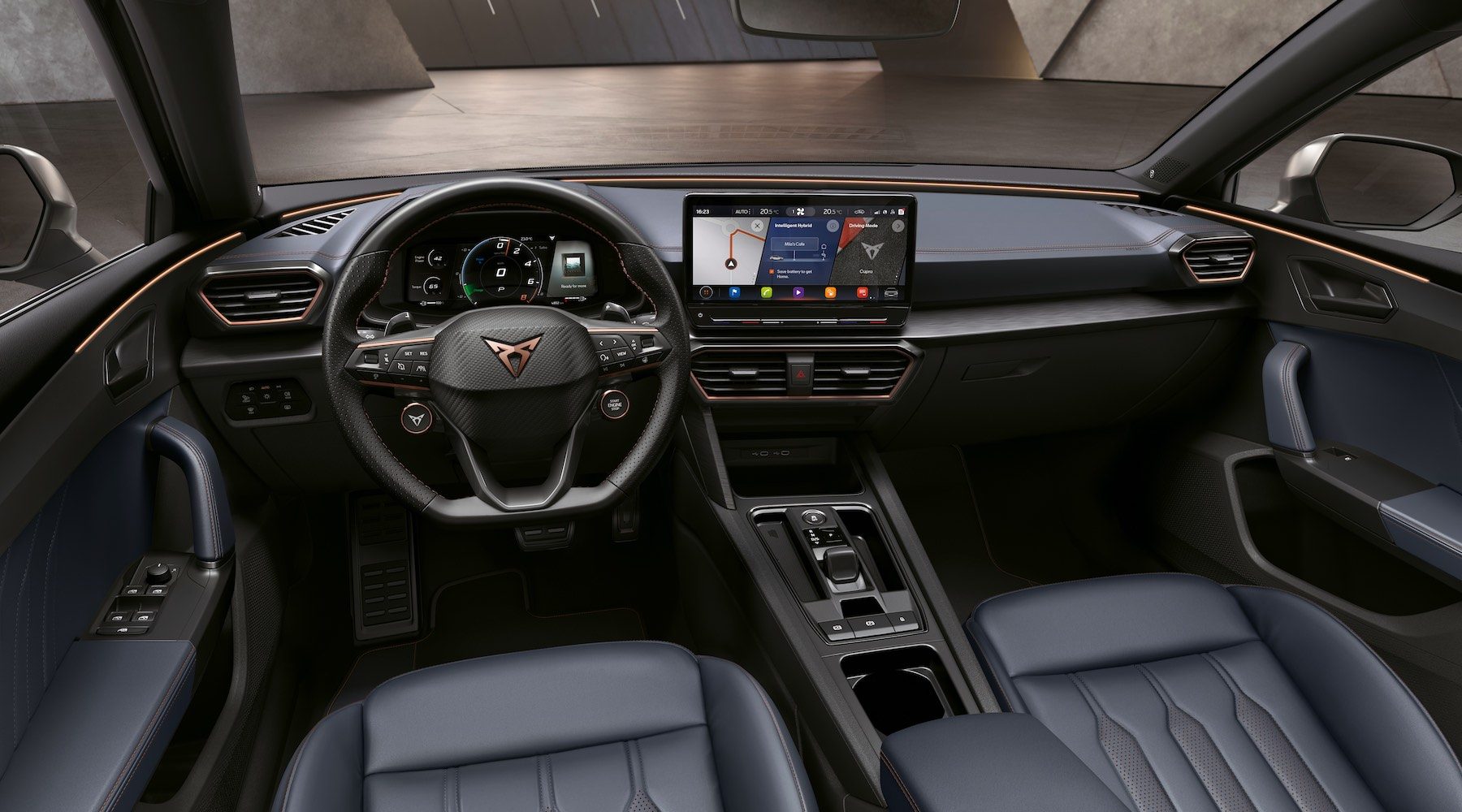 It's also dressed up inside with a black headliner, ambient interior lighting, illuminated scuff plates and aluminium pedals. All models bar the VZx come with cloth seats as standard, with heated leather seats with power adjustment and memory for the driver being optional. The VZx instead comes with Petrol Blue heated leather seats, a Supersports heated leather steering wheel and 10-speaker Beats audio system as standard.

The real difference between each variant is what's under the bonnet. The Leon V, the only variant that won't be available at launch and instead arriving in early 2023, is powered by a 2.0-litre turbocharged 4-cylinder producing 140kW and 320Nm. This is backed by a 7-speed wet-clutch DSG. It also comes riding on 18-inch Sport black and silver alloy wheels. Stepping up to the VZ model boosts the 2.0-litre's outputs to 180kW and 370Nm, along with 19-inch Sport black and silver alloys. The VZx sees those figures jump yet again, with its version of the 2.0-litre engine giving it an impressive 221kW and 400Nm – no surprise, then, that upgraded Brembo brakes are offered as an option for it. The VZx also sports 19-inch Performance Sport black and copper alloys, along with side skirts and quad exhausts.

The VZe is the main outlier, with it sporting a smaller 1.4-litre turbo 4-pot that makes 110kW and 250Nm. It's paired to an 85kW/300Nm electric motor and plug-in hybrid system. Combined, it makes for 180kW and 400Nm, which is channelled through a 6-speed wet-clutch DSG. It rides on the same 19-inch alloys as the VZ.

The Leon, along with all other CUPRA models, will come with 3 years of complimentary servicing, along with a 5-year unlimited kilometre warranty to boot.

Orders for the majority of the 2022 CUPRA Leon range – along with the rest of the CUPRA line-up – are set to commence from June 2022, although the entry-level Leon V will not be available to preorder until Q3.

Our car reviews combine multiple reviews into one, helping you save time. While you're here, you might be surprised how much you could save simply by comparing car loans and car insurance.