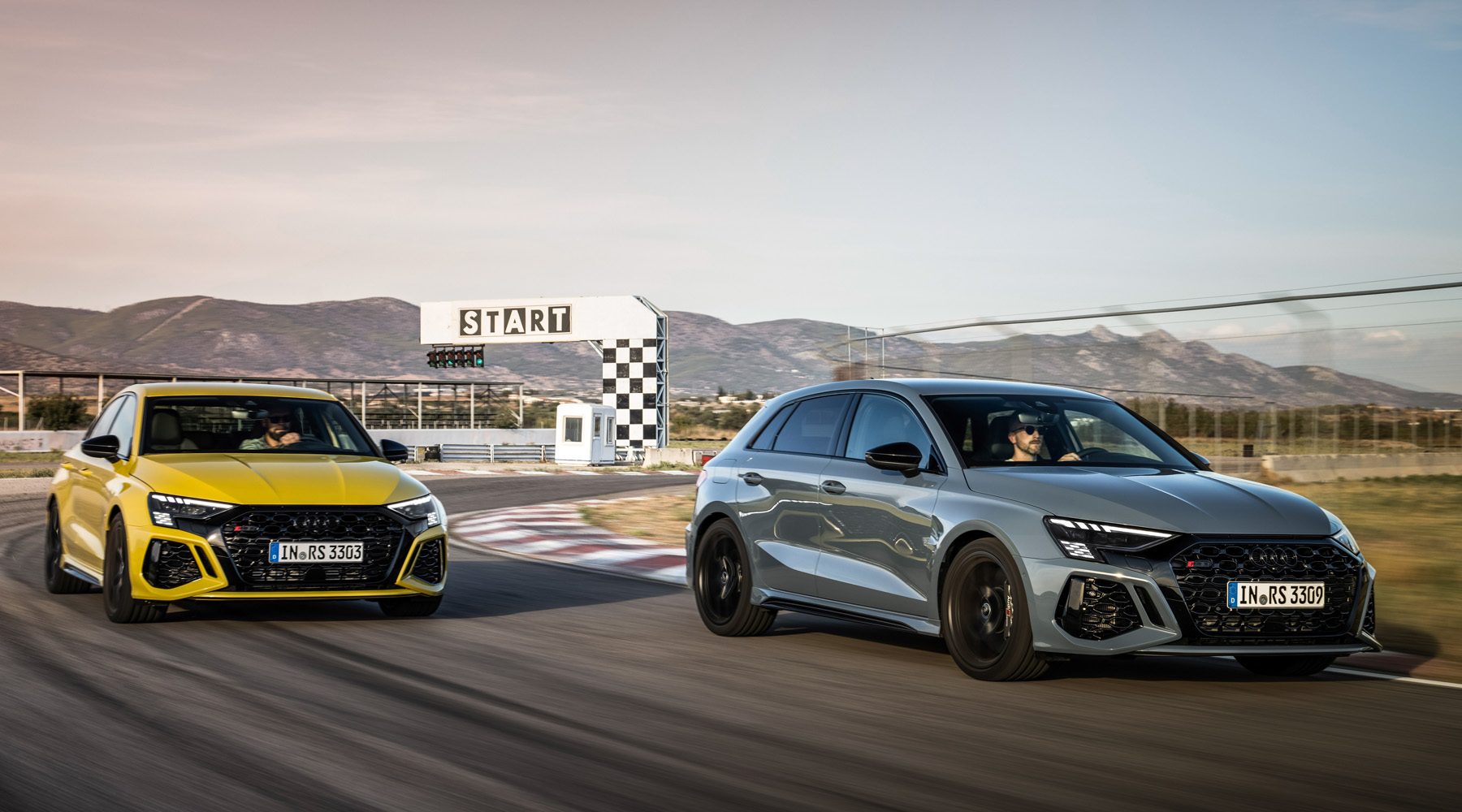 Audi’s blisteringly quick RS 3 will hit Australian shores in the second quarter of 2022.

Audi has announced the pricing of its latest iteration of the renowned performance sedan. You're going to have to fork out a bit extra to get your hands on the new Audi RS 3.

How much extra? The price has been raised by roughly 8 grand, but is offset somewhat by almost $10,000 of inclusions and more standard features. The German brand is quite confident it will be the benchmark in the segment.

Getting down to the facts and figures, the range will start from $91,400 (before on-roads) for the Sportback hatch, while the 4-door sedan will cost $93,900.

As mentioned, the brand believes it has raised the bar in the segment. Paul Sansom, managing director of Audi Australia, stated: "The all-new RS 3 is sure to go down in history as the ultimate performance car in its segment." 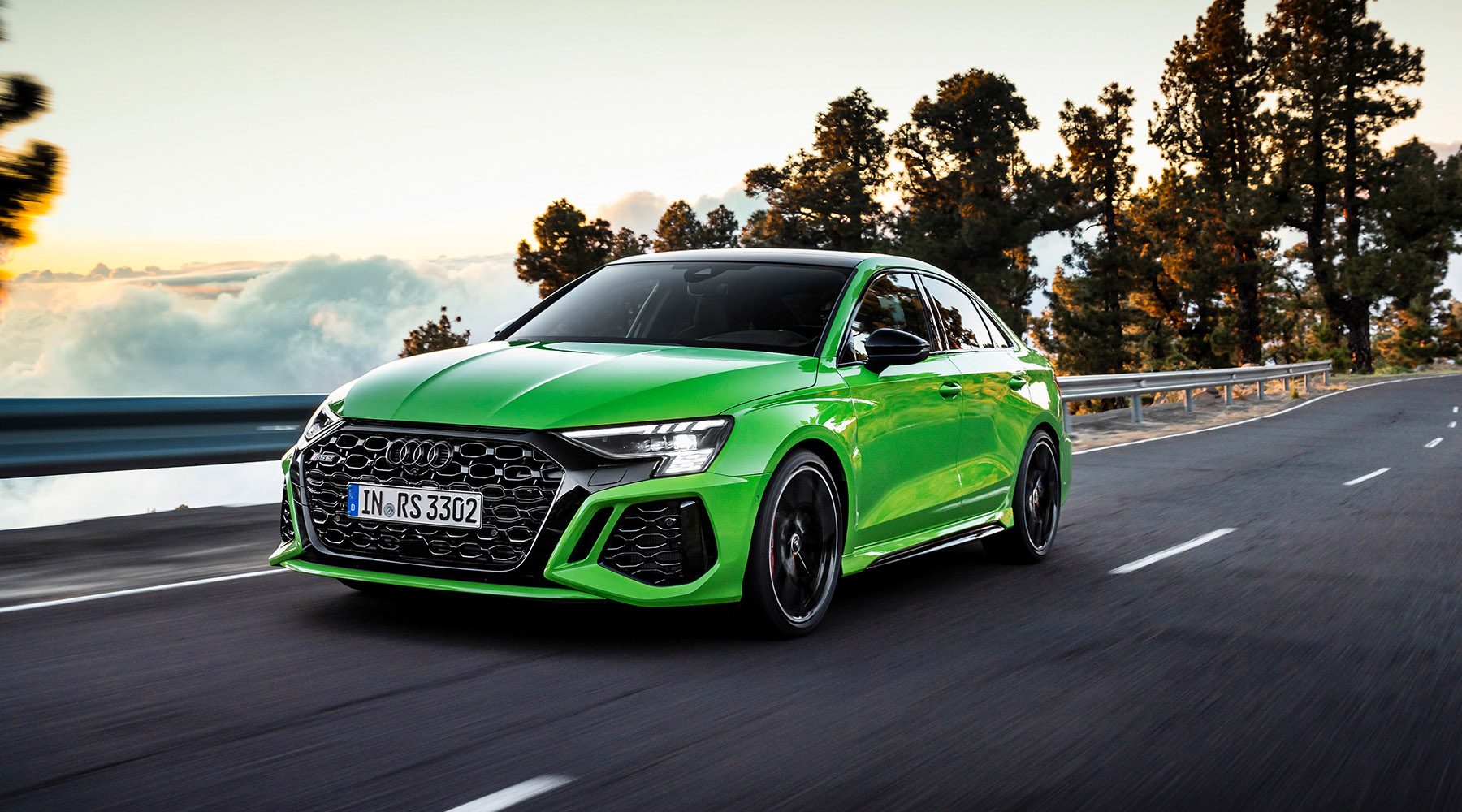 The updated Audi RS 3 replaces a model that has been on sale since 2015. Here's why the brand is so confident of its success.

It's quicker than ever

While the 2022 Audi RS 3 retains the 2.5-litre 5-cylinder engine it is known for, it gets a torque bump. In its new configuration, it will have 20Nm more torque, making a nice round number of 500Nm.

In terms of power, the 5-cylinder engine produces 294kW and, thanks to a well-developed launch control system, is capable of reaching 100km/h from a standing start in 3.8 seconds. When comparing that to the previous sprint time of the RS 3, it shaves off 0.3 seconds!

Introduction of the RS torque splitter

Audi says that the 2022 RS 3 will be more agile and stable than ever thanks to a new torque-vectoring differential – dubbed RS torque splitter.

It works by using an electronically controlled multiple-disc clutch on each of the driveshafts, that allows the system to shift torque to the outer rear wheel which encounters highest cornering loads. The result is a significant reduction in understeer according to the brand. We're looking forward to seeing how effective it is.

It gets adaptive damping

Replacing the existing magnetic ride control of the previous model, the 2022 Audi RS 3 gets adaptive damper control. Based on multiple inputs gleaned from the road surface, driving situation and a range of sensors, the dampers are adjusted at a rapid rate.

There will also be several driving modes that adjust damping, transmission characteristics and the new torque splitter, among other things, to produce the desired driving characteristics.

The front axle track has been increased by 33mm, which is why the new RS bumper looks wider and has more of an aggressive stance than its predecessor. It also gets larger air intakes and flared fenders, giving the 2022 RS 3 some real road presence.

Adding to the forceful look are 19-inch, 5-spoke alloy wheels and an RS-specific rear bumper that houses the dual-exhaust RS exhaust system, as well as having an in-built diffuser. 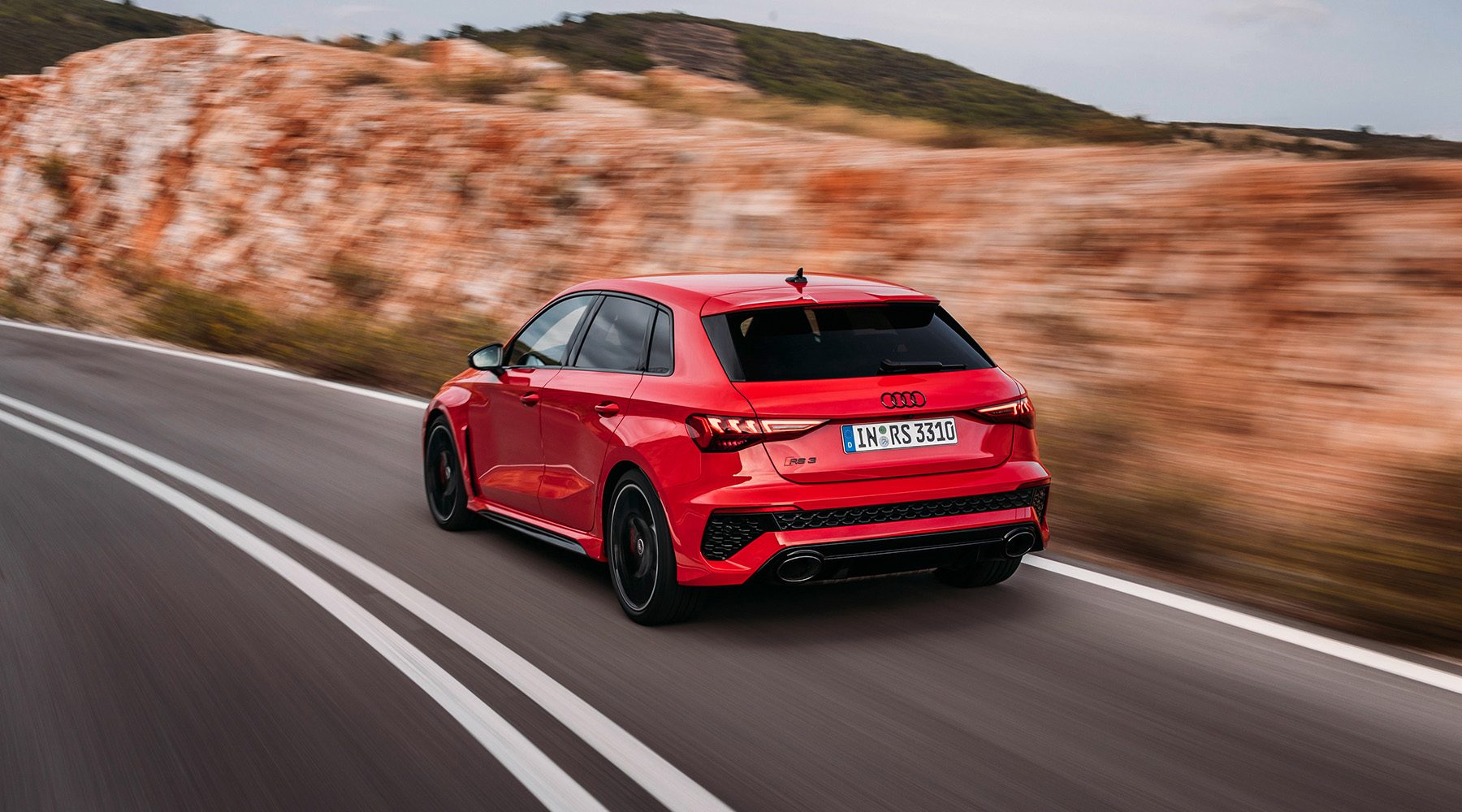 Despite the price hike, Audi has included more than that value in additional standard features. Making up this amount is:

Good question. There is quite a lot of option boxes you can tick when ordering your new RS 3 and they vary greatly in price.

To have a graphic print on your 19-inch alloys, instead of the standard matt black, you'll pay $500. If you haven't added a sunroof, you can get black roof rails for $750. At the other end of the spectrum, the RS Dynamic package brings a ceramic brake system with the choice of Red, Blue or Grey callipers while also increasing the top speed to 290km/h.

Looking for in-depth car reviews? Check out our car reviews that combine multiple reviews into one, helping you save time. While you're here, it's well worth comparing car loans and car insurance, as you could save hundreds of dollars.