TRENDING
Ford, Toyota, Isuzu and Mazda have all updated the specs and pricing on their utes recently to varying degrees. With the $150k instant tax asset write-off running right up to 31 December 2020, now's a great time to think about buying your business a new ute.

Here's a rundown of the most popular ute models. 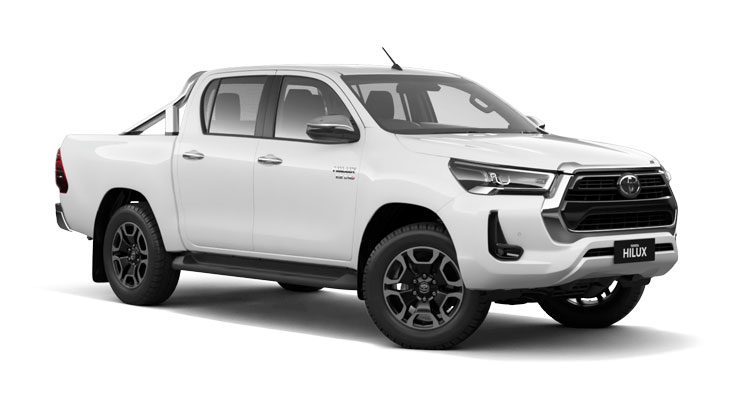 Let's start with the legendary Toyota HiLux. On 13 August, Toyota confirmed the specs for the 2021 ute, and it is now reportedly more Australian than at any other point in its life. Changes are a response to feedback from customers.

The exterior has been retooled, with a "tougher" looking body. There are reshaped headlights and a very wide trapezoid-shaped grille, which is reminiscent of Toyota's North-American market pick-ups.

In the cab, all HiLux models now have a large eight-inch infotainment display, with Apple CarPlay and Android Auto. There's also a 4.2-inch multi-information display between the instrument dials. SR5 models have sat-nav and DAB as standard.

4x4 models with downhill-assist control fitted get a fancy traction control mode when in 2WD, which improves grip on slick mud and wet grass.

Engineering and design group specialists at Toyota Australia were given the task of working alongside international teams to refine the engine, styling and handling.

A Toyota high-up, Rod Ferguson, stated that he thought if the HiLux somehow became sentient, it would speak with a "strong Aussie accent". For example, the final clay model was created in Australia before being transported to Japan for evaluation. 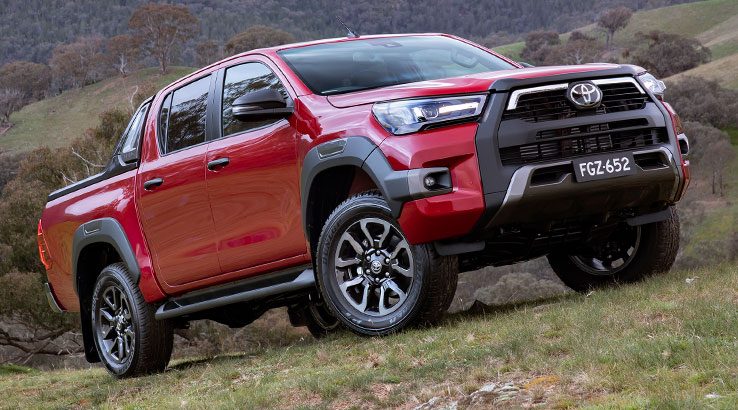 The Australian-arm of Toyota specifically worked on the following:

It's more powerful, more chiselled and more Aussie than ever. The HiLux is in fine form. 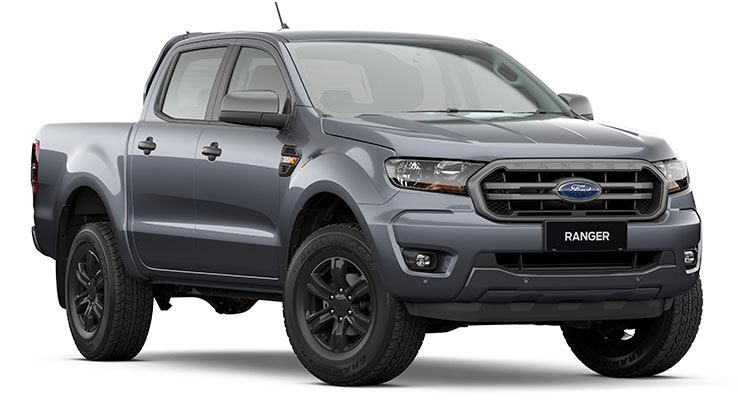 Ford updated the specs and pricing on the Ford Ranger in August 2020. Ford has made the Ranger tougher, with Heavy-Duty optional packs on offer as well as Special Editions that come fully off-road prepared.

As part of Ford's "Tougher Done Smarter" philosophy, the brand is working to give tradies and professionals the equipment they need to get to their work, wherever that may be.

Those wanting to spec out their Ranger for off-road and harsh environment use will want to go for XL 4x4 models as Ford's making a number of off-road equipment optionally available.

Another nice addition is the FordPass App modem. You can find the application on the App Store or on Google Play. With this standard feature, Ranger owners can do the following: 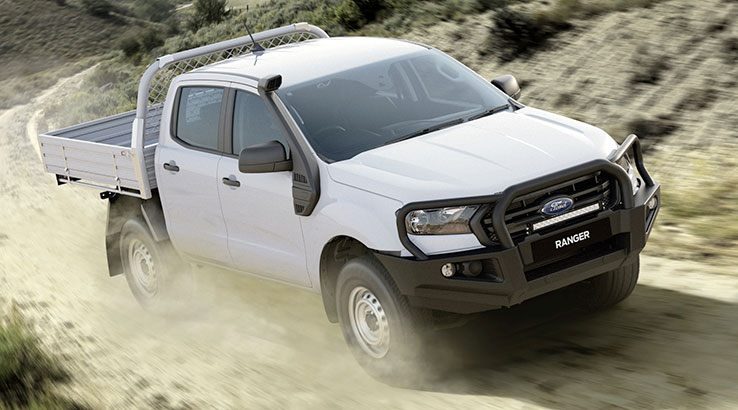 Having a drive-away price of $49,990, the Ford Ranger XL 4x4 Special Edition has a heap of off-road equipment extras fitted from the factory. Ford bolts on the following:

Other Ford Ranger changes for 2021 models

Buyers of the Ranger XLS now have further options to personalise their ute. Ford is now offering the following:

The Fully Loaded XLT, as its name suggests, is generously equipped. It builds upon XLT spec by adding the following:

In summary, the 2021 Ranger gets more tech, but the prices have risen accordingly. There are factory-assembled heavy-duty versions available for business users who need a tough and rugged ute. The XLT Fully Loaded should save buyers $1,500 compared to buying the options fitted separately. 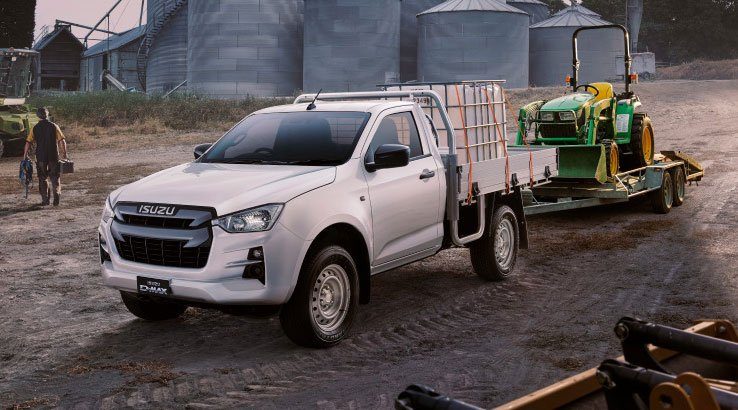 The D-Max is all new and word on the street is that it might have leapfrogged some of its rivals, maybe even taking the best overall ute crown outright. For 2021, the D-Max has been completely re-designed. It's now got a mature, more modern look, a re-tooled 3.0-litre turbo diesel heart, a remodelled cab interior and previously unheard-of levels of equipment. Isuzu reports they clocked four million testing kilometres over six years on this model.

For the D-Max, Isuzu has built in an intelligent driver assistance system (IDAS), Apple CarPlay (wireless) and Android Auto, a rear electro-magnetic diff locker, bumped the wading depth up to 800mm (from 600mm) and given it a revised terrain command system. The latest iteration of the Isuzu diesel engine now has 140kW and 450Nm, an improvement of 10kw and 20Nm over its predecessor. It runs quieter, with improved efficiency and better dampens sound and vibration. Plus, you can tap into the peak torque over a more useable rev range than before. Added to the refined engine is one of two new transmissions, a six-speed auto or manual, both tweaked for slicker shifting and higher efficiency.

Pretty much every metric is better than before. The D-Max now rides taller, with increased ground clearance and tighter off-roading angles.

The standard spec list for the all-new D-Max models is epic.

For a start, you get a diff locker on 4x4 models, which is not a standard inclusion on many rivals (or even available from some ute builders), tilt and reach adjustment for the steering wheel (again missing on some competitors), deluxe seat contouring on space and crew cabs, a 4.2-inch multi-information display housed in the instrument cluster, rear vents on crew cabs, Android Auto/wireless Apple CarPlay, DAB+ radio, voice recognition, auto headlamps, rain-sensing wipers and body colour bumpers on utes.

The default safety inclusions are extensive in the ute segment. You'll get the following:

This is a level of safety tech that is effectively unmatched right now, especially as a base level of equipment.

There are a number of genuine accessories for the D-Max. 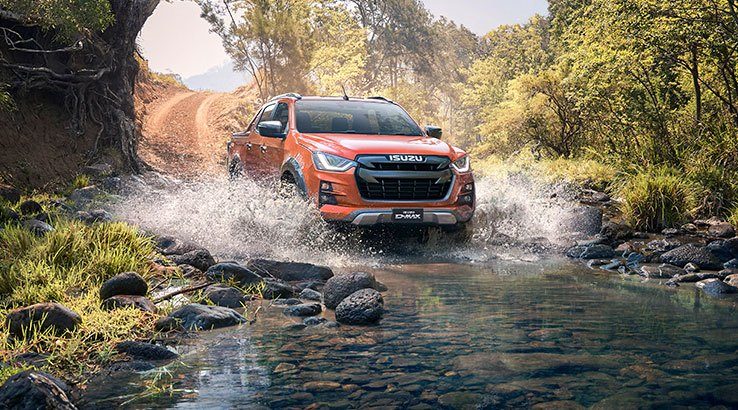 The D-Max, with its dashing new looks, gutsier engine, incredible specs and safety assists might just have hurtled passed the competition to become the most rounded and best value ute on sale in Australia. 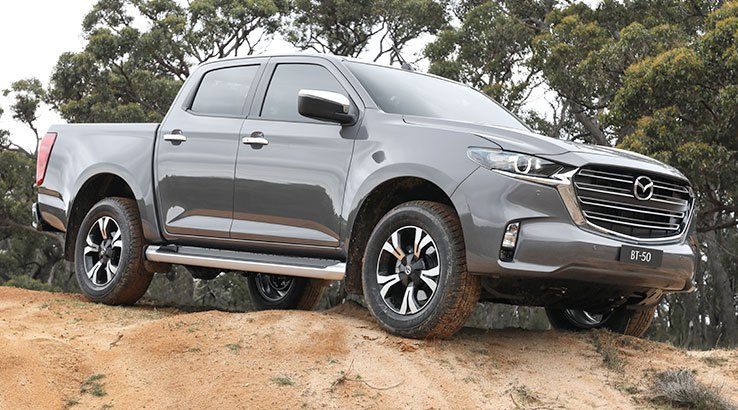 Mazda is putting a brand-new, third-generation BT-50 on sale here in October. It's the first major overhaul for the ute in nine years. The previous model was built upon the Ford T6 platform, the same as the Ranger. Mazda based the third-generation BT-50 around some of the Isuzu D-Max's underlying components. For example, they share engines.

The exterior design has been tweaked so the ute sits more in line with the rest of the Mazda range. Safety is described as "uncompromising", with a huge heap of safety assists, including the following:

Essentially, the BT-50 is setting a new baseline for safety equipment, along with its cousin, the D-Max.

Internally, as standard, the load out is impressive. From the factory, the BT-50 has the following: 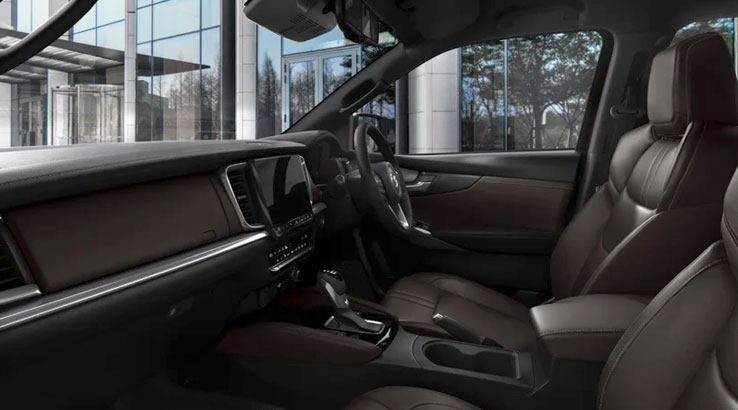 We expect the factory accessories pricing list to be made public anytime soon, but Mazda has stated that each accessory falls within the scope of the five-year factory warranty.

The Mazda BT-50 is now perhaps the classiest looking ute (certainly the most car-like), with a very elegant and high-end exterior design combined with an elevated standard specification and oodles of safety aids.

If you are interested in one of the cars compared below this form, it could be worth getting in touch with CarDeals2Me. The average savings of a new car buyer who uses CarDeals2Me is $4,800*.

Looking for a new car? Check out our car reviews section. If you already know the exact make, model and trim you want, try comparing car loans as well as car insurance quotes to see how much you could save.