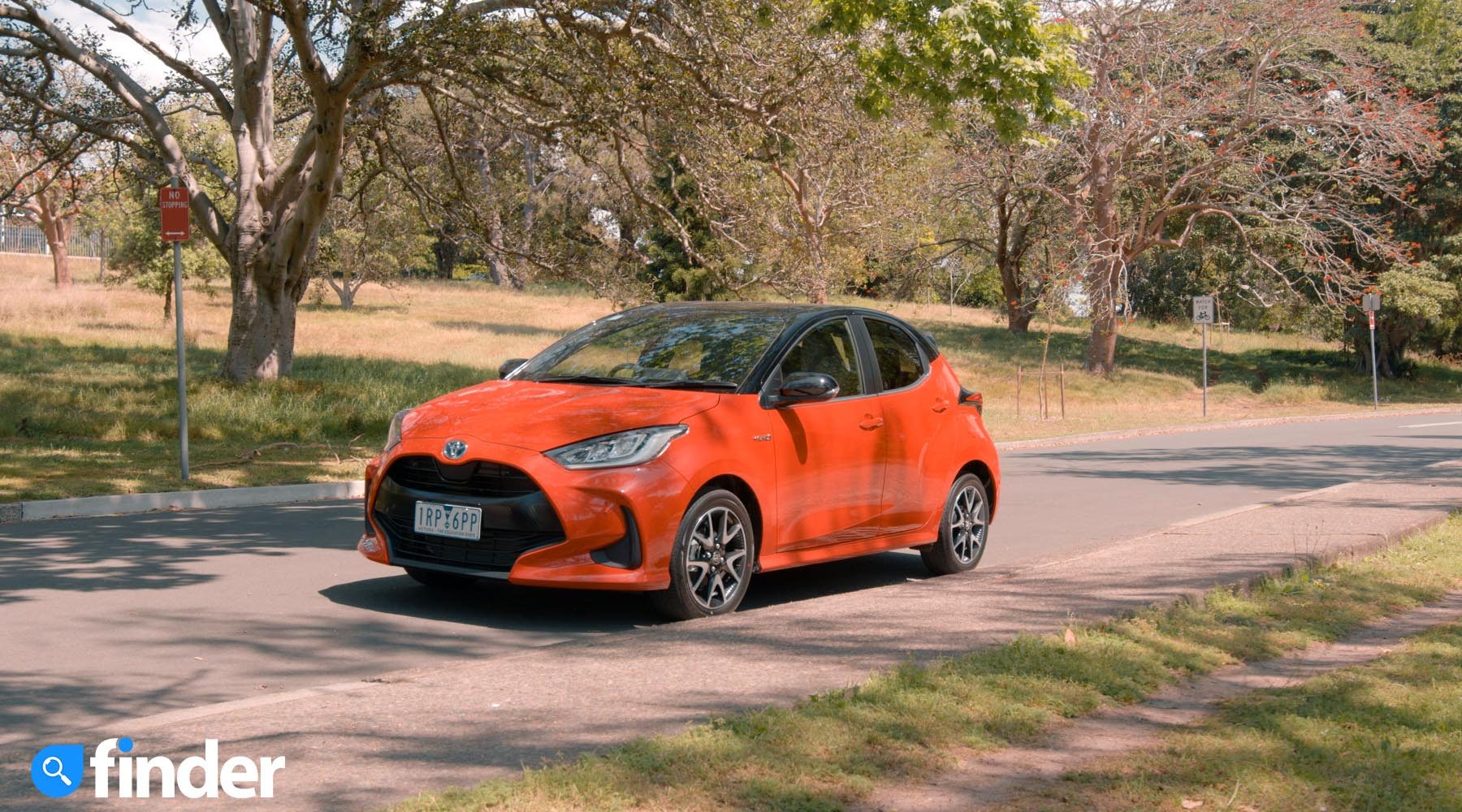 After selling more than 250,000 Yarises, Toyota has taken things up a notch with this latest-gen model.

It now looks pretty schmick, it’s got some best-in-class safety assists, it boasts better handling and now, for the first time, buyers are given the option of a hybrid model.

But, for all the re-engineering that has gone on to create the package you see in front of you, Toyota is charging a premium.

Pictured is the 2021 Toyota Yaris ZR Hybrid. It costs $32,500 before on-roads and our test vehicle is finished in a $450 optional dual-tone paint.

How does it look?

Strip back the body panels and the Yaris is now rolling on Toyota's New Global Architecture.

Long story short, that means its mass sits 15mm closer to the ground, it’s 30% more rigid,  has a 40mm lower roof (but not inside, thanks to some seat positioning wizardry) and a 50mm longer wheelbase. Basically, it is now a more pliant and stable car to drive.

As far as aesthetics, it is undoubtedly the best-looking Yaris ever. And if you don’t agree with that, you have to admit, it’s without doubt the most excitingly styled. It looks dynamic, it's definitely bold and lightyears ahead of older Yarises.

There are two new engines to choose from, a 1.5-litre inline three-cylinder Dynamic Force engine or a hybrid-equipped block.

The traditional internal combustion engine in other models is good for 88kW and 145Nm. It’s not going to be the quickest thing you’ve ever driven, but it should keep up with city traffic without problems.

The hybrid, on the other hand, generates 85kW, with a maximum combined torque of up to 141Nm. It works on the Atkinson cycle, which in short translates to higher efficiency.  And that’s surely the reason to buy a Yaris ZR Hybrid – the savings you’ll pocket at the bowser.

While the Yaris range are hardly gas guzzlers, the hybrid can basically run on fumes with an impressive 3.3L/100km combined. Around town, I’ve managed to equal the brochure number of 3.3L/100km in urban driving.

Unsurprisingly, the Yaris ZR Hybrid is the most fuel-efficient model in the Toyota line-up, which is a big plus in our books.

At today's current average fuel price of $1.23 and with the hybrid’s 36-litre tank, you’re looking at roughly $44 to top it up.

How does the 2021 Yaris ZR Hybrid drive?

In short, it’s better than any other Yaris before it, especially at low speeds.

The compact form and low-slung ride height give it direct and agile vibes, and make trips around town zestier. The suspension is on the stiffer side, but it’s not uncomfortable and the extended wheelbase results in a steady and more stable ride on motorways.

However, if you want a true hot hatch Yaris, you should look at the insane GR Yaris special, which sold out almost instantly.

For everyday driving, the Yaris is at home in a city, zipping into tight parking spots, ducking down congested roads and tackling tight corners.

To be honest, the interior isn't really what I was anticipating when you consider that this ZR grade is the most expensive Yaris you can buy, except for the GR.

Some of the materials used just don’t convey the level of quality I expect from a top-of-the-line Toyota. One example of this is when you rest your knee against the centre console – the unit actually moves.

The well-padded and shaped seats are comfortable, but serve as a nod to the early 90s, when stylists thought it was cool to cover things in patterns for the fun of it.

Toyota has done some clever packaging to try and make the most of the tiny interior and it has worked for the most part, particularly upfront and considering its tight dimensions. The engineers behind the 2021 Yaris even repositioned the steering wheel to bring it closer to the driver.

At just over 6 foot, I had no trouble getting comfortable and the head and shoulder room was fine too.

As you’d imagine, rear adult passengers would have to be either really keen to travel with you, or contortionists, to truly feel comfortable.

In terms of infotainment, there is a 7-inch touchscreen which allows you to access DAB+, satellite navigation and connect with Apple CarPlay or Android Auto. If you do plug your phone in for smartphone connectivity, there won’t be a USB slot spare for your passenger, as there is only one.

When it comes to lugging cargo around town, it seems Toyota layout technicians robbed boot space to favour the passenger compartment. The boot has shrunk by 16 litres versus the older model, but it still has 20 litres more than its rival, the Mazda2. It also has a nifty twin-deck boot so you can store umbrellas and other junk out of sight.

The safety suite on the 2021 Yaris is extensive and one of its strong points. You get 8 airbags including a centre one, which creates a protective cushion between the driver and a front occupant. Then, there’s active safety features like:

The Toyota Yaris ZR Hybrid is not the cheapest, but it is the best-looking Yaris ever made and it’s great to see the option of a hybrid model.

It’s been designed to be the world’s safest light car and right from the range-opening Ascent Sport, the safety equipment list is extensive.

For the asking price of $29,000 for the Yaris SX hybrid though, it might well be the pick of the range.