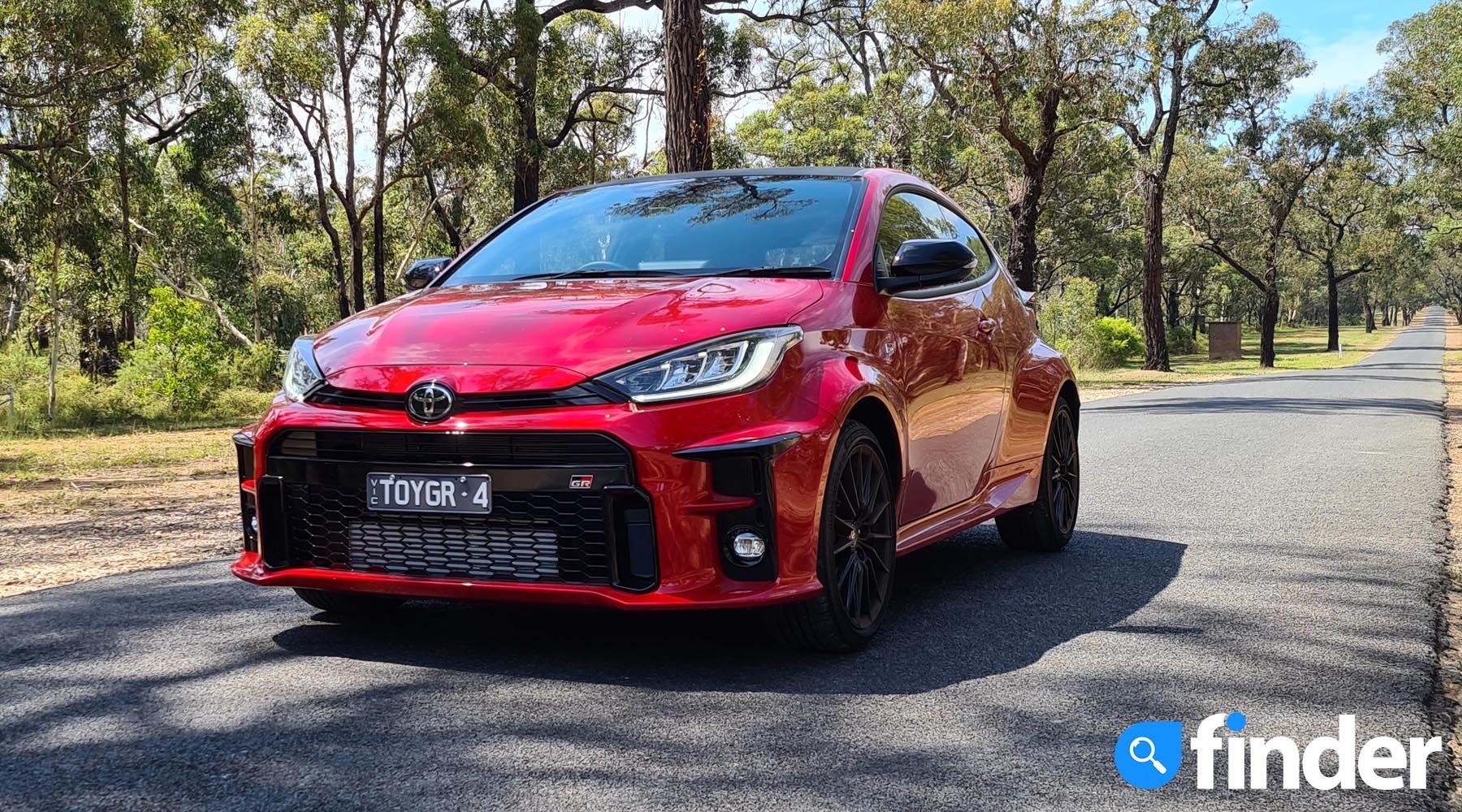 This isn’t your granny’s Yaris.

Thinking back to when we were reviewing the economical ZR Yaris, it would have been hard to believe that a vehicle bearing the “Yaris” badge could be so fun.

For the longest time it has been viewed as slow, boring and associated with a demographic that prefers to putter along as opposed to fly.

Toyota has put paid to that though, with the rally homologation car, which more than keeps in line with, if not sets a new standard, (sorry GR Supra) for Toyota’s new directive of “no more boring cars".

On one of my first drives in the GR Yaris, I was pulling into a car park where two people stopped and began talking about the car as I drove in. After a brief exchange, the second person laughed and said “Yeah, but it’s still a Yaris” and they both went on their way.

Are they right? The only differences between the GR Yaris and the rest of the range are that it has a full-time, adjustable all-wheel-drive system, the world's most powerful 3-cylinder engine, a carbon fibre roof, aluminium door, bonnet and tailgate panels, only two doors, a wider stance, half the chassis of a Yaris and half of a Corolla … do I need to go on?

The point I am trying to make is that this $49,990 (before on-roads) GR Yaris is not “still a Yaris” and if you are short on time, all you need to know is that it's brilliant.

The GR Yaris bears most of the furnishings of the Yaris range like the dashboard layout, controls and infotainment.

Sportier seats have been fitted, with ample bolstering, keeping you snug. It is covered in synthetic leather and Alcantara, which helps to secure you in place and stops you from sliding around in the seat when you attack a corner.

The seats are manually-adjustable, with only the driver’s side offering height adjustment.

Tilt-and-telescopic steering adjustment helps you get set up and comfortable quickly. Behind the GR emblazoned, leather-wrapped steering wheel, the semi-digital instruments of the regular Yaris have been replaced by an analogue speedo and tachometer, with a small 4.2-inch information display in between. Through this, you can view not only your usual trip computer and fuel economy, but also turbo pressure and gear-shift indicators, among other features.

The GR Yaris comes fitted with an 8-speaker JBL sound system which is hooked up to a 7-inch touchscreen infotainment system. Apple CarPlay and Android Auto are loaded up too if you prefer those systems. The hatch’s dual-zone air conditioning is controlled with switches and dials below the infotainment display.

With its new 2-door configuration, up front is largely the same as in the ZR Hybrid Yaris we reviewed a little while back. However, while room in the back of the ZR was tight, realistically, you will struggle to get anyone in the back of this. This is a result of tight leg room and a sloping roofline, which is 91mm lower than the normal 5-door.

Due to all the customisation that this Yaris has received, boot space has taken a hit, down from the 270-litres in the ZR Yaris, to just 141-litres. Enough to do the weekly shop and cart odds-and-ends around.

Given the nature of this vehicle, I don’t really see this as a detractor. Anything in the boot is bound to be scrambled by the time you get to your destination anyway if you are “enjoying” the drive.

There is no way to legally get the most out of this car on the road, but even using just a fraction of what the car can do, it is an unbelievably good drive.

With trackdays being a focus of the Gazoo Racing Yaris, the track has been widened to make the vehicle more planted through corners and the new “GR-four” all-wheel-drive can be changed between three modes, depending on how you are feeling.

Normal mode is a 60:40 split of power between the front and rear. Flick the rotary dial to the left and you are in Sport mode, which splits it 30:70. Turn it to the right for Track mode and this gives you an even 50:50 split.

Power is sent to all fours through a 6-speed manual, which is a joy to use. Nice, short, easy shifts and the clutch is easy to manage in traffic and out on the road. The whole set-up feels mechanical but usable.

Around the track, an “iMT” button next to the gear shifter enables rev-matching too, to ensure that you’re getting the most out of every change.

You wouldn’t expect to be saying that Toyota has produced the most powerful 1.6-litre, 3-cylinder engine in the world, but it has. The rocket under the hood produces a whiplash-inducing 200Kw and 370Nm, launched with all four wheels, in a car that weighs just 1,280 kilograms!

The result is a superb, planted, agile drive that leaves a smile on your face every time. It can turn on a dime, aggressively, without running out of grip and when you put your foot down, it pins you in your seat and just goes.

Impressively, a lot of the systems and technology used in the GR Yaris have been made specifically for this car. It still utilises the TNGA platform (Toyota New Global Architecture) but the engineers from the Japanese brand have spliced the front half of the Yaris platform and the rear from the Corolla to create what you see before you.

Even the AWD system was created just for this.

If you are using this as a daily driver, know that it performs well, but given its sporty underpinnings and ability, the suspension can be harsh. Around town, it is fine, but when you get on some rougher surfaces, you will feel it.

We also found that there was a bit of wind noise in the cabin too originating from where the side-mirrors are.

Another thing to keep in mind is that due to the aerodynamic design of this car, visibility is slightly hindered. The rear-view mirror takes up what seems to be a decent chunk of the windscreen from the driver’s seat. I found myself having to lean forward to see traffic lights on occasion.

None of these are serious detractors for me, but worth pointing out.

Is the GR Yaris safe?

A car with this much power and track prowess needs to be safe and Toyota has delivered on that too.

There are six airbags in the small cabin, as well as a bunch of safety tech goodies. You get safety features like:

There are two ISOfix mounting points in the back row too, but I am not entirely convinced a child seat would fit back there with driver and passengers in position.

If you can’t tell already, I absolutely love this GR Yaris and if you are one of the ones who got in fast and secured one, I’m sure you will quickly understand why.

Sure, there are some shortcomings, but if you are a car enthusiast, I doubt they are going to bother you.

There's a bunch of different hot hatches out there at the moment, from the i30N to the Ford Focus ST, and I think Toyota might have just trumped them all.

This isn’t just a Yaris.