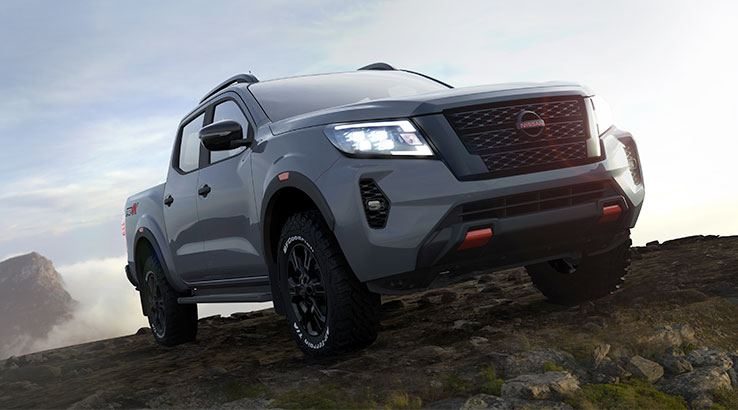 It sounds like a Daft Punk song, but Nissan has made the 2021 Navara harder, better and stronger. The most noticeable thing is the front end. Nissan has given the Navara a huge grille and installed blocky LED headlamps that bring the ute into line with its global branding. The headlights are projector types, which offer increased illumination and the tail lights are all LED too. It's very reminiscent of the Titan they sell in the US. It seems Nissan is trying to do a bit of a Toyota, by emblazoning the Navara name prominently across the rear tailgate.

Speaking of the tailgate, just below it sits a redrawn rear bumper, which has a built in step. Attention has been given to the tub too, which sports more sculpted wheel arches and generally appears a bit more modern. Nissan even retooled the side steps to make them more aerodynamic, the benefit for the driver being less wind noise and improved fuel economy (more on that later).

Nissan has done an excellent job of updating the ute, which first launched back in 2015. 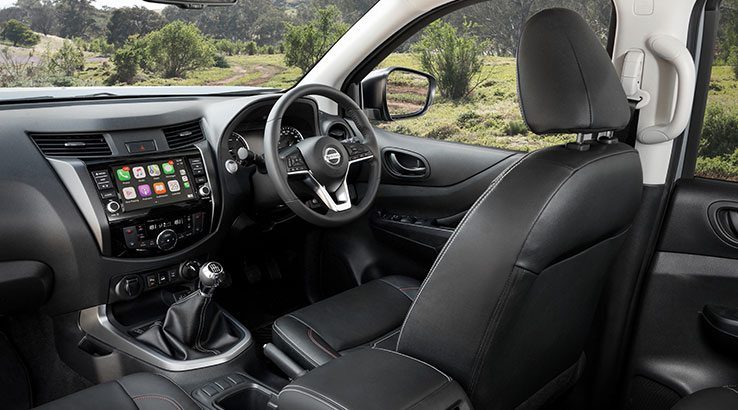 Ute buyers are clearly demanding more car-like interiors, as manufacturers over the last decade or so have taken them from workhorse to dual-lifestyle vehicles. The idea is you can use the ute during the week for work, but then take it for adventures with the family at the weekend.

As a result, Nissan says the passenger cab has "significantly improved quietness". That's because it's included more noise insulation. Other new additions include a new steering wheel and twin screens. The driver has a 7-inch, higher-res display and there's an 8-inch infotainment screen with navigation.

A common grumble with utes is the rear seats on dual-cabs. Nissan engineers have changed the seat cushioning and reshaped the backs for improved comfort. Rear occupants also get a middle-seat armrest, with cup/phone holders. On the topic of phones, multiple USB sockets are present throughout the interior, and the pick-up even gets USB-C.

What do you get? There's Nissan Intelligent Mobility for a start. The system has four cameras, placed around the exterior, to allow for views of your surroundings. 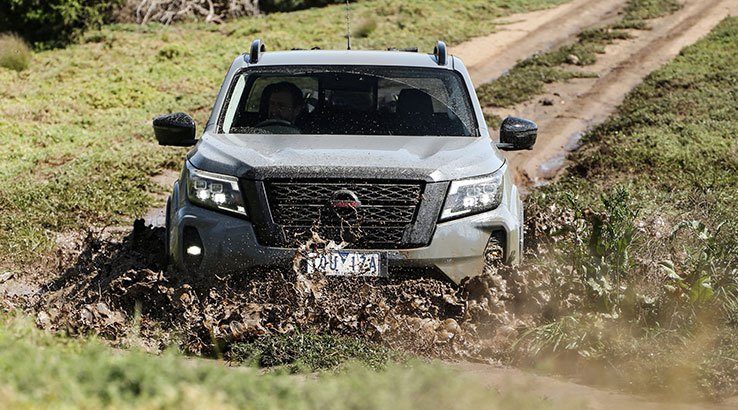 While it's nice to hear Nissan say this is its best ute, with more comfort and tech, the company backs this up by making it a more capable worker.

You get the same suspension and powertrains (2.3-litre, twin-turbo diesel with 140kW and 450Nm) from the current iteration, but engineers beefed up the rear axle. That means they've been able to up the payload to 1.2 tonnes on some trims. For ute drivers who need to venture away from the tarmac, there's an Active Brake Limited Slip Differential. This helps improve grip, sending power where it is needed. Nissan claims it helps when towing large trailers through mud.

By re-proportioning the tub, Nissan unlocked additional volume. Navara owners will be able to make use of fold-flat tie-down points for securing loads.

When will it launch?

Nissan confirmed in a press release the updated Navara will land here early in 2021.