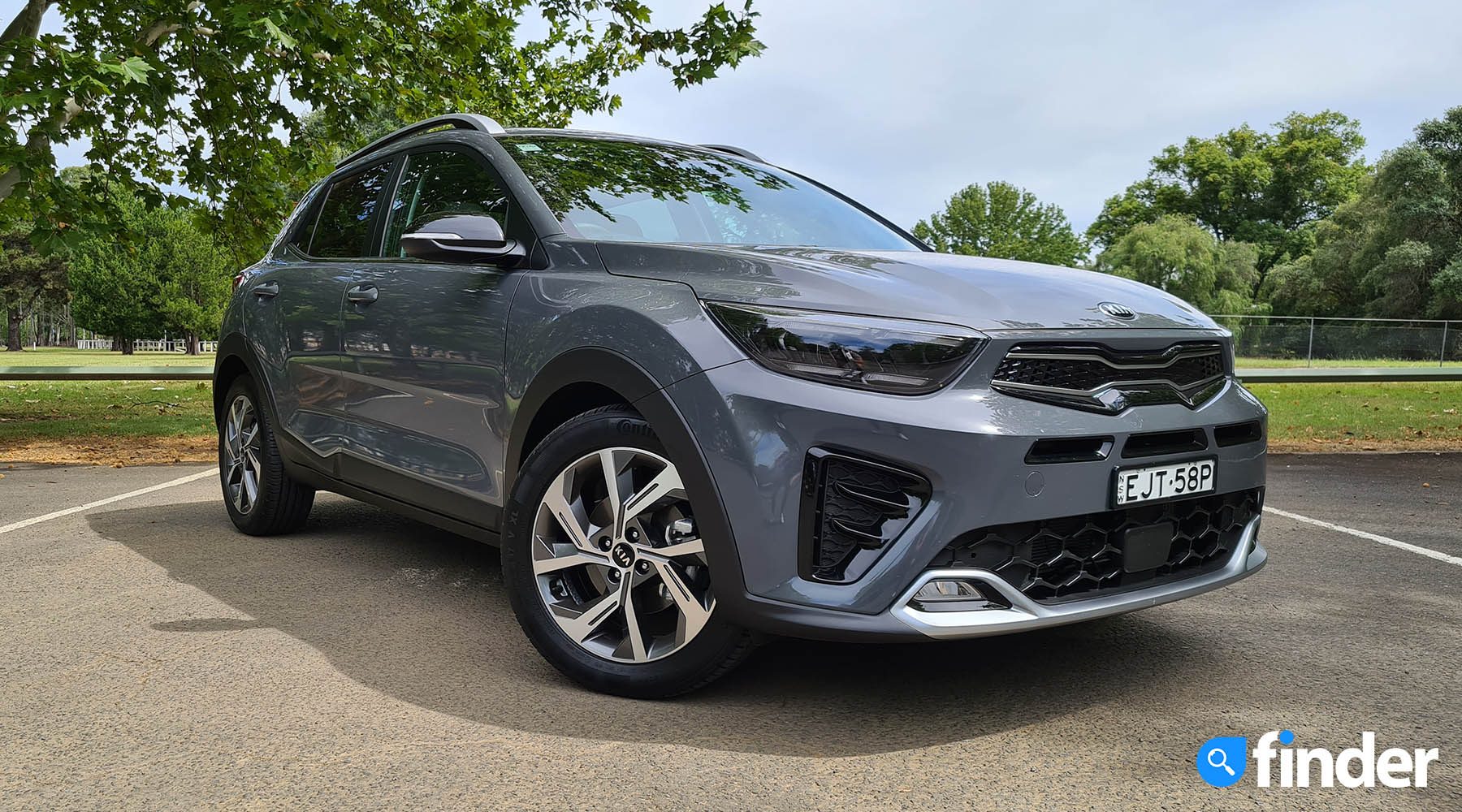 Kia’s new crossover swings at a new market, but does it miss?

The marketing around the new Kia Stonic has been quite smart. It has also been impactful, with TikTok stating that both views and engagement are well above industry benchmarks.

TikTok, for those of you who may not have heard of it yet, is similar to Instagram or Facebook, except you can only share video – most of which comprises dance moves, pranks or people dubbed with music or movie quotes.

So, while the range starts at a friendly price, has Kia done enough to make the Stonic your next city runabout?

The Stonic is built upon the frame of the small Kia Rio. Everyone knows the Kia Rio, and despite feeling as though it has been around forever and a day, this small hatchback is only in its fourth generation.

Even though it’s based on this small hatchback, the Stonic doesn’t feel small inside.

Only the wheelbase is the same measurement as the Rio, at 2,580mm. The body of the Stonic is 75mm longer, 35mm wider and 70mm taller.

As a result, the cabin does feel as spacious as a cabin can in a vehicle this size. This GT-Line Stonic comes with a sunroof helping to brighten up the cabin, which is predominantly black.

Seats are trimmed in a combination of cloth and vegan leather, known on the spec sheet as “black premium trim”, while the GT-Line also lands a branded leather steering wheel. The rest of the interior is hard plastic, but it doesn’t look bad, with a faux carbon fibre insert stretching the length of the dashboard.

The seats are comfortable, and they did accrue some man hours during our test, so those trips to festivals when borders reopen and life begins to return to normal won’t be an issue.

Updated infotainment software is easy to use and comes with inbuilt calming noises, like the sounds of the forest or running water. The 8-inch touchscreen also comes loaded with Android Auto and Apple CarPlay, should you not want to use the inbuilt satellite navigation.

You can pair two phones to the Bluetooth® in the Stonic, a handy feature, allowing the passenger to switch tracks while the driver can accept and decline calls. But here is where I found my first issue with the Kia Stonic. I was a little perplexed that this $30,000 crossover, which allows two people to drain their phones at the same time, only has one USB connection in the front.

I thought there was surely another hidden somewhere in the front. There wasn’t. Then I looked in the back and only found a single USB point too.

After turning the car on, I plugged my phone in to load up Android Auto and placed it in the phone bay, and with the cable connected, it didn’t fit. Instead, it hovered precariously with its weight loaded on the cable.

I think this is a shame, because while one USB port is functional, to change the phones using it means you can’t have your Apple CarPlay or Android Auto continuously in use.

Kia guarantees map updates for 10 years through Mapcare and SUNA traffic, so there won’t be any added fees at service time.

Behind the steering wheel is a 4.2-inch digital cluster which allows you to cycle through trip information, settings and warnings. It also displays handy warnings like letting you know the car in front of you at traffic lights is on the move, should your attention have wandered.

Passengers will need to agree on a temperature, as there is no dual-zone climate control like you would get on a Toyota C-HR.

Like the Kia Rio, the Stonic gets 352 litres of storage space in the back with the rear seats up. This opens to an additional 175 litres with the seats folded down, or 1,155 litres of space.

Under the boot floor you will find a space saver tyre.

The GT-Line is powered by a torquey 1.0-litre 3-cylinder turbo diesel engine and is probably a little more punchy than you imagine a 1.0-litre diesel to be.

Also, being a GT-Line, it is matched to a 7-speed dual clutch automatic transmission which spins the front wheels exclusively and helps keep the revs down on longer stretches of road.

In terms of numbers, it produces a rather small 74kW of power and 172Nm of torque, 39Nm more than the 1.4-litre petrol engine that others in the range have.

It rides on 17-inch alloys and the suspension is set up fairly comfortably. This is thanks to some local testing and tuning, which makes for a pleasant ride.

Kia hasn’t simply thrown a new suit on the Rio and sent it to the showrooms, either. There are a number of changes from shock absorber adjustments to torsion beam changes, which all play their part in the end product.

Electric power steering makes steering weight fairly light, but it does suit a city car like this. Coupled with its slight dimensions, it is easy to maneuver in tight spaces and also easy to park with a reversing camera and parking sensors as standard.

Taking it out onto the highway, despite its rather meagre performance numbers, you are never really found wanting when you need to overtake with the DCT shifting down to extract the power it needs (probably all of it).

The Stonic gets a number of advanced safety systems along with six airbags. These include:

Given the audience the Kia Stonic has been marketed too, a notable omission is adaptive cruise control. However, it does get regular cruise control and speed limiting.

The Kia Stonic S and Sports variants receive a 5-star ANCAP safety rating based on the fact that they share the same underpinnings and running gear as the Kia Rio.

As the GT-Line has a different powertrain, it has not been rated as yet.

If you are after a small city runabout, the Stonic ticks a lot of boxes. It is easy to drive and park, is economical and gets a bit more space inside than the Rio.

Looking at the numbers (having not driven the S or Sport), I think the GT-Line is the pick of the bunch with the 7-speed DCT and extra torque output.

The Stonic will make a good daily driver, there is no doubt about that, but I can’t help but think that Kia has missed a trick though, with the omission of extra USB or USB-C ports and adaptive cruise control.

To my eye, the Kia Stonic was a chance to create a really safe, small vehicle for tech-heads.

Who knows what the next iteration will bring?

Pssst! Want to read time-saving car reviews? Visit our car reviews section. If you already know what model you want, it's worth comparing car loan options, as well as car insurance, to see how much you could save.