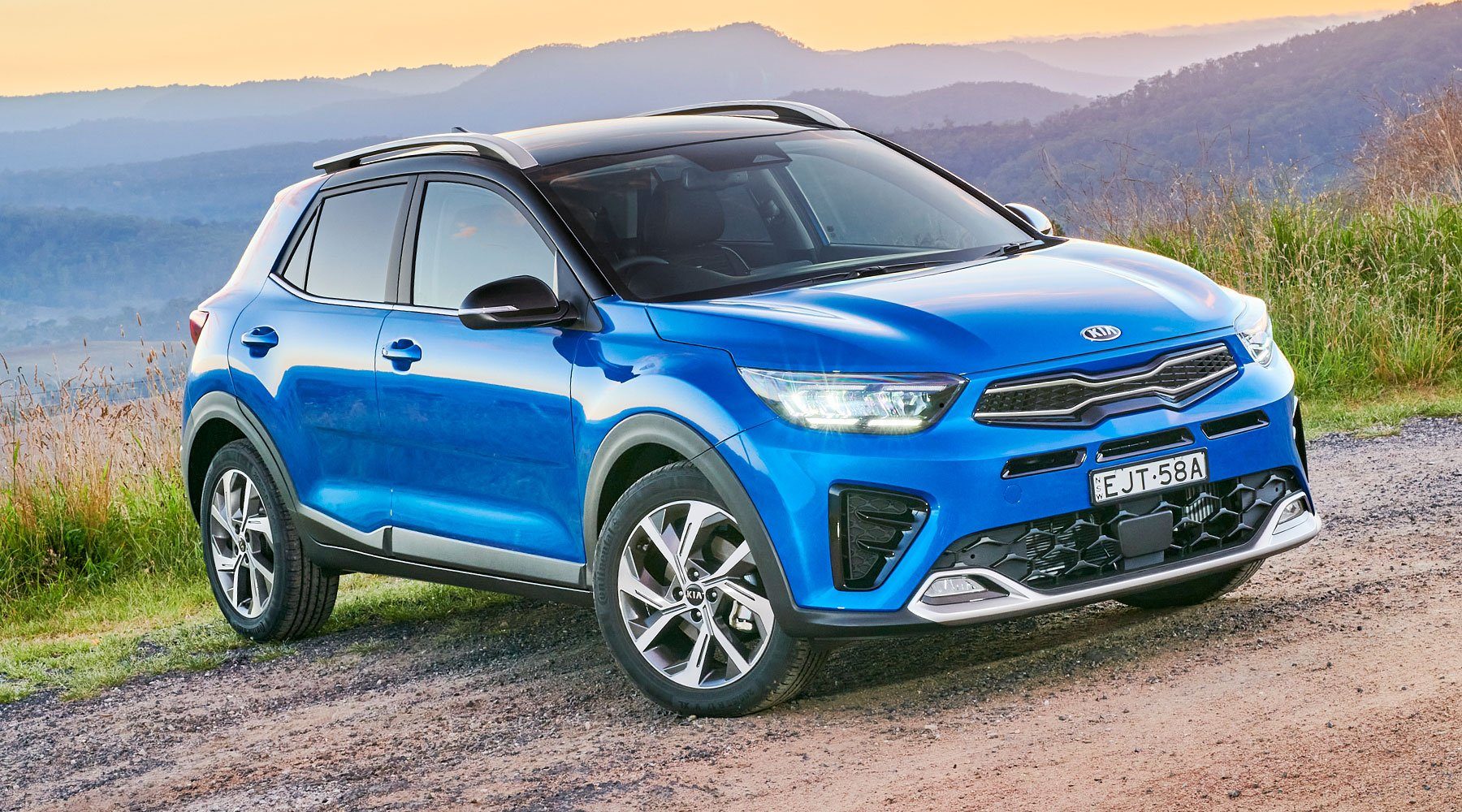 Kia is bringing a Rio-based SUV, the Stonic, to Australia. Here's the scoop about this SUV that Kia calls a "Goldilocks" SUV (as it's not too big or too small) aimed at the urban market. 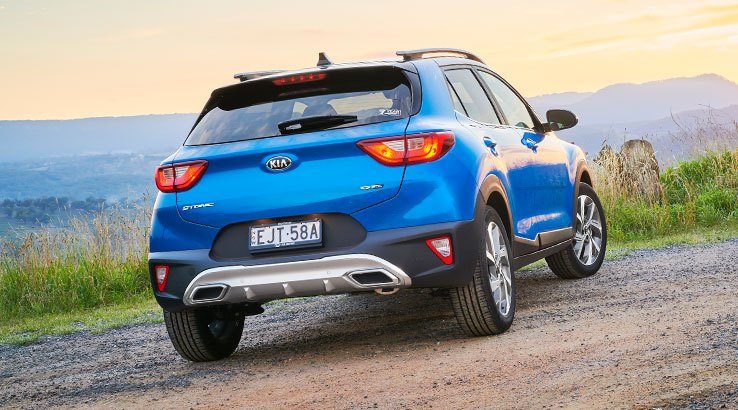 Kia labels the design sleek and sporty, though the front end is a little more stout than its sister brand's small-SUV, the Hyundai Kona. Kia marketing material says the plastic wheel arches are "aggressive" and they will certainly be practical for fending off shopping trolleys. Matching plastic skirt cladding helps give the little SUV a more adventurous aesthetic. Kia's trademark "tiger grille nose" is present, though it has a trifecta of unorthodox slits just below it. 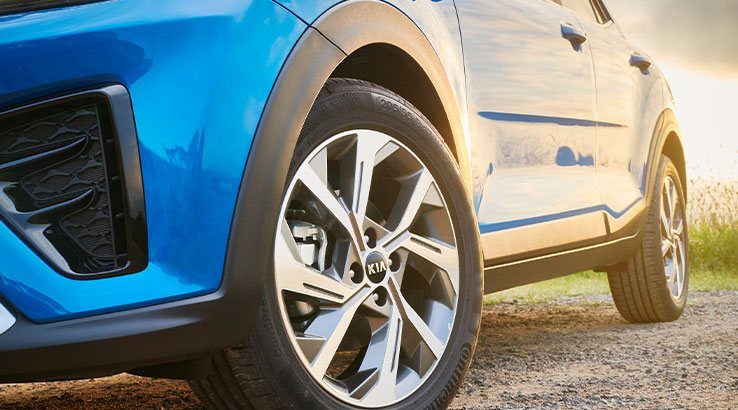 Australian buyers will be given the option of two "Kappa" engines.

Meanwhile, the GT-Line branded Stonic, which is Kia's sportier trim range, receives a 1.0-litre, turbocharged three-cylinder petrol with the same power output, although it is accessible across a wider rev range, from 4,500-6,000rpm. This block also outputs more torque, generating 172Nm from 1,500-4,000rpm. Comparing the two back-to-back, the difference will be undoubtedly noticeable. The Stonic GT-Line uses less fuel, just 5.4L/100km combined. This model gets a 7-speed dual-clutch automatic gearbox.

In Europe, a mild-hybrid Stonic was scheduled to launch in Q3 of last year, so that might make its way to Australia at some point in the future.

To configure the underlying rolling stock from the Kia Rio and Hyundai i20 to accept an SUV body, engineers made several key adjustments. These are all designed to make the ride more compliant and dynamic.

The gearbox was shunted forwards by more than an inch, and the hatch suspension was swapped for performance shock absorbers. The team also made the rear dampers more upright and adjusted the torsion beam to improve the ride and handling as much as possible.

Another drastic alteration was the gearing of the power steering system. A new steering column shaft has 30 additional splines, to make the steering more responsive and polished. In essence, it's the equivalent of increasing the resolution of a monitor, providing more detailed feedback. 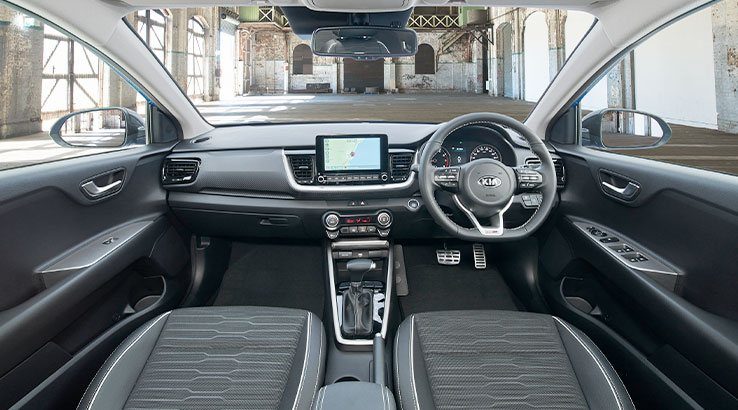 The Stonic's interior sounds like a thoroughly modern place to reside.

S-badged Stonics receive an 8-inch infotainment unit with Apple CarPlay and Android Auto. Kia says that wireless connectivity is not included on Sport or GT-Line models, but these do have satellite navigation and live traffic updates for 10 years.

Handily, you can pair up two smartphones for audio streaming – something we're starting to see more and more of.

Kia says there are USB ports in the front and rear, making the car well suited to the needs of today's motorists.

One of the less conventional highlights is Kia's "Sounds of Nature" mode. When activated, it shows nature-themed images on the infotainment screen and plays one of six calming audio recordings. 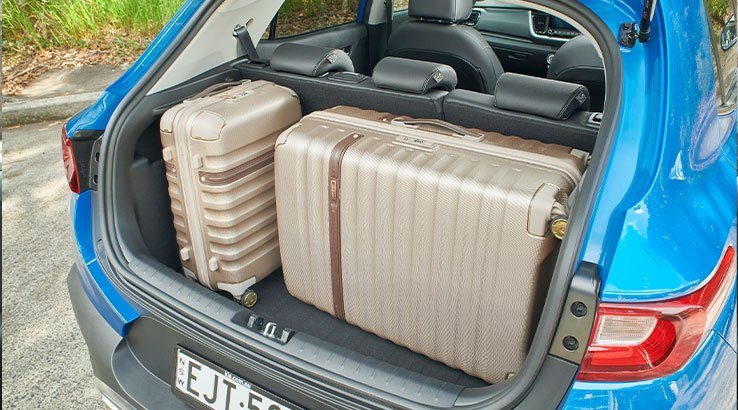 In terms of space, Kia reckons the Stonic can hold its own against rivals, stating it has "competitive" head, leg and shoulder room.

It's also got more ground clearance than the Mazda CX-3 and the Hyundai Venue.

With the rear row of seats folded down, there's an impressive, 1,155 litres of cargo-carrying capacity. 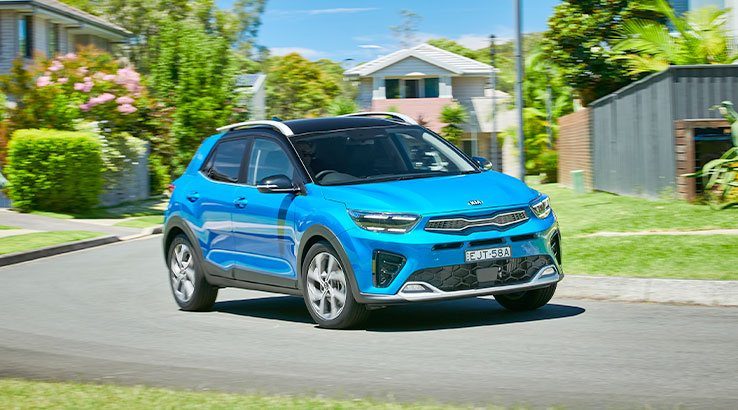 Even though the world went into lockdown last year, Kia's local engineering team have worked on tailoring the handling to suit Aussie roads.

The Australian techs set out with the goal of creating a neutral-feeling car, with excellent levels of traction and a sure-footed ride. Judging by comments from Kia, it appears this was achieved, with the carmaker describing the Stonic as having balanced, "passenger car-like" handling.

As you'd expect, the sporty GT-Line has firmer suspension, helping it to deliver a taught and more responsive ride.

The Kia Stonic is no different.

In terms of active safety assists, the Stonic has:

The Stonic, when fitted with an optional tow pack can haul between 800 and 1,000kgs, depending on the exact model and transmission chosen. The unbraked rating is 450kg.

Kia Motors Australia pricing for the Kia Stonic is as follows.

For premium metallic paint, you'll pay an additional fee of $520.

Looking for a new or used SUV? Make sure to read our car reviews. Don't forget to spend some time comparing car loan and car insurance. Doing so could save you hundreds of dollars.