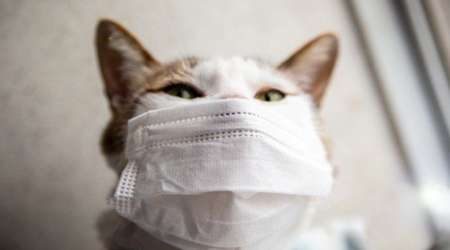 Adoption rates are through the roof, more Aussies are paying for pet care and the rate of spending is also up.

There are few people who will be pleased about the way 2020 has gone so far. Beaches were closed, jobs were lost, and lockdown kept us largely confined to our homes.

However, while the last few months have been chaotic for most humans, the same can't be said for our animals. In fact, data suggests pets are getting the good end of the coronavirus stick.

To kick things off, countless animal shelters reported a surge in adoptions during lockdown, as thousands of Aussies found they suddenly had enough time on their hands to welcome an animal into their home.

In fact, between 2 March and 19 April, PetRescue saw 12,534 adoptions, primarily of cats and dogs. Typically, the site would only record around half this amount.

Finder app data also shows that more Aussies are buying pet products or paying for pet care. Out of approximately 7,000 users, just 621 made at least one pet purchase in June 2019 but that figure jumped to 1,055 in June 2020.

The app, which was created to help Aussies track spending and save money, also found that the number of transactions each person is making has increased.

That means not only are there more pet owners in 2020, but people are also treating their furry friends more frequently, and at a higher cost each time. However, the money isn't being spent solely on fun stuff.

Research from Australia's largest pet insurer, PetSure, found that there was an increase in claims during lockdown. In April alone, PetSure paid $17.3 million in benefits - an increase of 34% from the same time last year. The number of claims also jumped by 16% year on year.

PetSure CEO Alexandra Thomas suggested pets may have benefited from lockdown, as owners were quick to spot health changes, and had time to care for them post-treatment.

"One upside of working from home may well be that pet owners are able to care for their pet in their recovery so have opted to act on health issues rather than delay them," she added.

Spending too much on your pet?

We all love our pets so it's easy to spend our hard-earned money keeping them healthy and happy. But there are ways to do it without putting a dent in your finances.