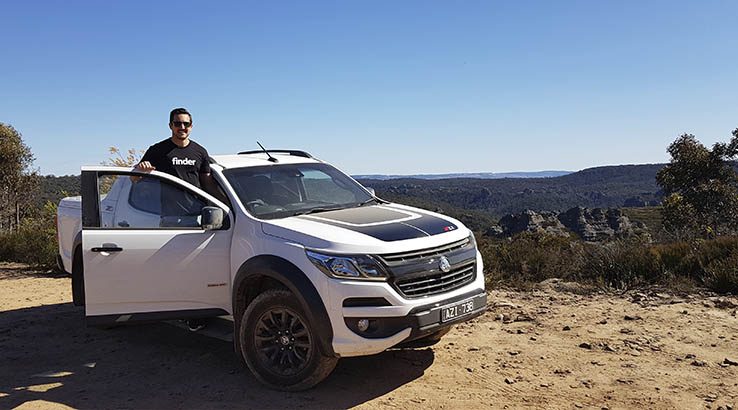 In September of last year I had the opportunity to test-drive the MY19 Holden Colorado range including the then new Z71 Xtreme in the middle of Australia, Coober Pedy to be precise.

Over the course of a few days we drove the vehicles from Coober Pedy to Oodnadatta. As you can imagine there were some fairly tough conditions on our 200km+ adventure to the hottest and driest location in the whole of Australia.

There was red dust (lots of it), gravel roads, as well as roads with some of the worst corrugation that locals had seen in a long time. But it wasn't all flat surfaces we drove on either, as we drove the Colorados in and out of old opal mines, which all models did with ease.

It wasn't until we hopped out of the vehicles that I realised how fine the mine dust was, as I was immediately ankle deep in it. It did an impressive job.

Back then, vehicle development manager Jeremy Tassone told Finder: "The proudest thing I have [observed] is how easy it is to drive a Colorado on those roads," adding "... not all cars feel as connected or as safe and sure-footed as that [the Z71] does today". We had to agree with him. With roads like the ones we travelled, the vehicles could have gotten seriously shaken up and wayward, but the brigade of Colorados just rolled over the top of them. It was still bumpy, but any ute or 4x4 is going to be the same in those conditions. 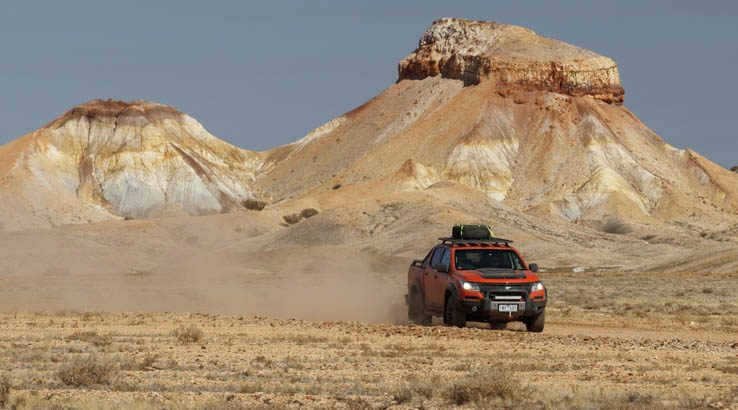 One of our test vehicles in Coober Pedy: the Z71 Xtreme. Image supplied

Fast forward to today and with fond memories of the outgoing Colorado, we got our hands on the new Z71. This bit of kit will set you back $57,490 drive-away.

We drove the Colorado around Sydney and then took it off-road, out to the Lost City in Lithgow to see if it's still got it.

The 2020 Colorado Z71 looks much the same as the outgoing model, with only a few minor cosmetic changes to the Z71 during the upgrade.

So with that being said, I think it looks appealing.

The 2020 Z71 benefits from a new front fascia, a new Sailplane sports bar and side rails, 18-inch "Arsenal Grey" alloy wheels, a number of black accents including door handles, mirrors and grilles.

There are black decals around the vehicle which, when combined with the white paint and black wheel flares, give the Colorado a rugged look. 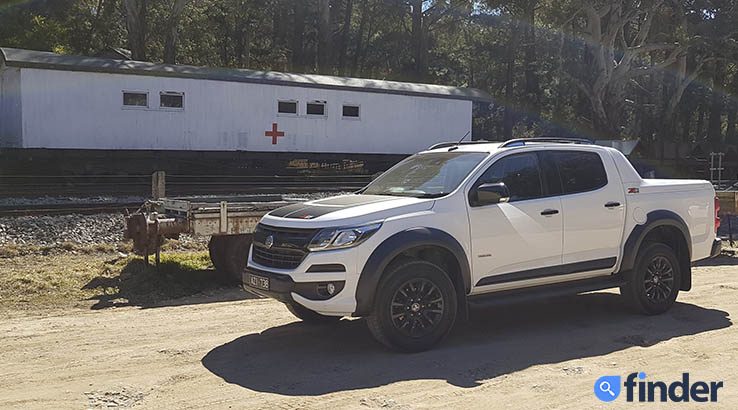 Mechanically the Colorado is exactly the same as the outgoing model too.

That means that on road it rides quite well. The suspension set-up is quite forgiving and it doesn't seem like it has been set up as stiff as possible in order to carry a larger payload – a happy medium. It isn't as plush as the Ford Ranger, but there are vehicles in the segment that ride with less flex.

The 2.8-litre Duramax diesel produces the same 147W and 500Nm that it used to, so there is adequate power for any city or highway situation you find yourself in. With a six-speed automatic in our test vehicle, we found the combination to be well-behaved and smart with its selections.

Being the same steering and suspension set-up as its predecessor too, it is quite good. Holden's engineers spent thousands of hours fine-tuning the set-up on the last vehicle, which was already an impressive arrangement. Around the city and on the highway the car handled it all very impressively, not being too hard and doing a grand job of managing the typical leaning movements of a larger vehicle.

It also means that off-road the Colorado is as sure-footed as its predecessor. While the track we travelled on out to the Lost City wasn't hardcore off-roading by any means, the Colorado did it with ease, just as it had travelled the Oodnadatta track the year before.

Our tester was also optioned with the tow kit with electric brake control for $1,780. Coupled with the 3.5-tonne towing capacity, you'll be able to haul plenty along behind it.

The Z71 benefits from leather seats with Z71 embroidery and heating functions in the front. There is also an 8.0-inch infotainment system with in-built satellite navigation and the ability to use Apple CarPlay or Android Auto.

Music is played through a seven-speaker premium audio system, while other features include voice recognition, electrochromatic rear-view mirror and rear privacy glass.

There is a rugged feel inside with the blend of leather and soft-touch plastics. 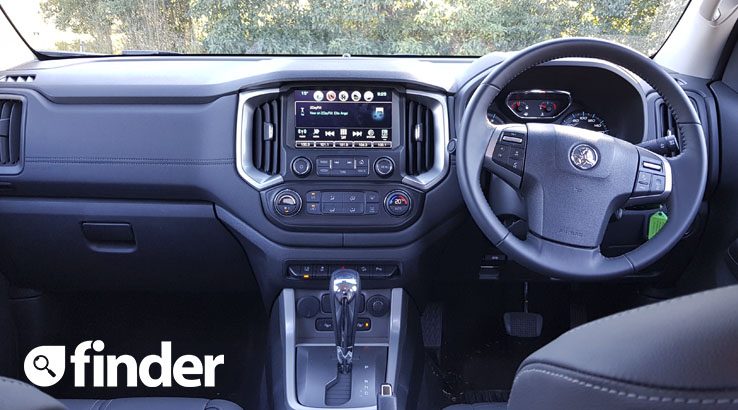 How practical is the Z71 Holden Colorado?

It is a capable off-roader with the ability to haul 3,500kgs behind, meaning that weekend camping trip or that caravanning adventure is on the cards.

Not only is it tradie-tough but with two ISOFIX fastening points in the rear, it is family-friendly too.

The 2020 Z71 Holden Colorado also benefits from a soft-drop tailgate which will make it easier to load and unload the vehicle with your arms full. The tailgate also locks and is protected by a tonneau cover.

Leg room is acceptable in the back, with a six-foot tall driver, a six-foot tall passenger can sit directly behind and still have some knee room. Throw three blokes in the back all around the six-foot mark and while things do get a bit cosy, it was far less cramped than I imagined when looking at the space available. 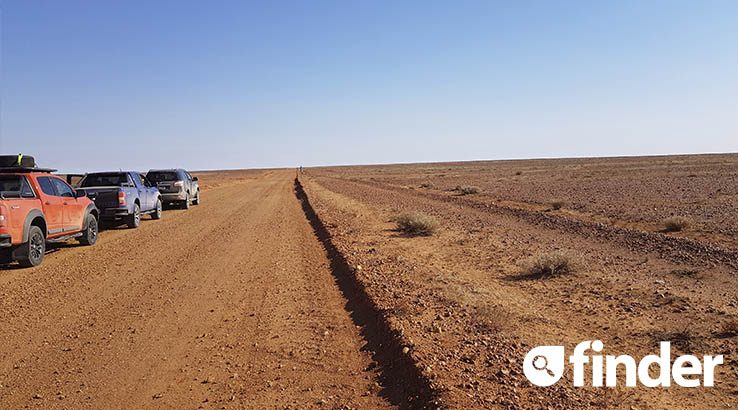 With the upgraded Colorado Z71, Holden has chosen to stick with the running gear and set-up of the previous model, which means that the new Colorado is still a solid offering and worthy of a test-drive if you're in the market for a ute.

A lack of AEB though means that in terms of safety, it does lag behind some other vehicles in the segment.