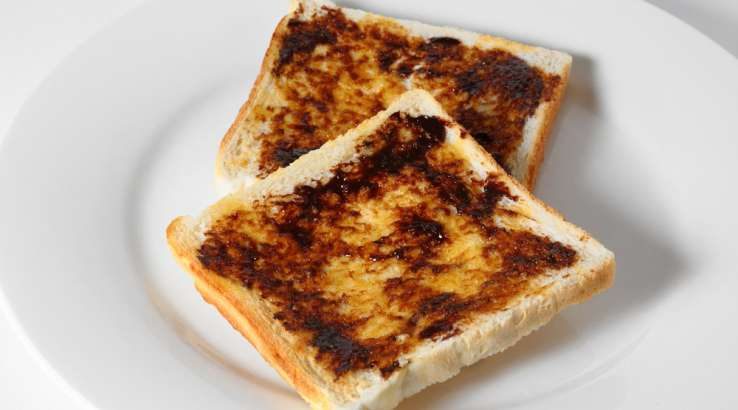 Some Vegemite prices are rising, so it pays to shop carefully.

I don't want anyone to panic, but Vegemite could be getting a little more expensive.

Every year, Finder compares the price of Vegemite at Australia's major supermarket chains (2018 report, 2017 report). We compare Vegemite because it's an iconic name-brand product, and because it's available in Coles, Woolworths and ALDI (which otherwise largely sells its own store brand products). Checking annually provides an indication of how carefully the major supermarkets are monitoring each other's prices, and whether prices are going up.

The 2019 report is a mixed bag. There are more Vegemite variants than ever before. If you buy the right size, you'll pay no more than in 2018, but if you pick the wrong size or the wrong supermarket, you'll be paying over the odds.

What Australians pay for Vegemite

The table below shows what was being regularly charged for Vegemite (and other branded variants like Cheesybite, Reduced Salt and Gluten Free) by each of the major chains last week. I checked prices instore and double-checked online. (Weekly specials were excluded.)

The table shows the unit price per 100g, which is the best way to compare different sizes, and what the same store was charging for the same size last year. The table is sorted by unit price, but you can click on the headings to sort by store, price or product instead.

There are a few new options on the market this year. You can now get gluten-free Vegemite (it's cheaper at Woolworths than Coles). Woolworths has reintroduced its exclusive 280g size, at the same $5 price it charged when it was last available in 2017.

Coles has added Vegemite Portions (a 10-pack of individual serves like the ones you sometimes see in cafes and airport lounges). This has taken the crown from the Vegemite Travel Pack as being by far the worst-value Vegemite on the Australian market. With a unit price of $3.85 per 100g, it's close to three times as expensive as the cheapest Vegemite deal.

The cheapest Vegemite prices in Australia

And that cheapest deal remains the same as last year: the 560g jar from Coles or Woolworths, or the 455g jar from ALDI, which still costs $1.43 per 100g. This translates into a really simple shopping rule: always buy the biggest Vegemite size available in your preferred supermarket.

Once you dive into smaller sizes, Woolworths and Coles generally match pricing, but there are some anomalies. Woolworths charges a little more for Cheesybite which is a pattern we've seen across several years. More oddly, it's also charging 50 cents more than Coles for the 380g size. I'd expect this price to become much closer at some point. 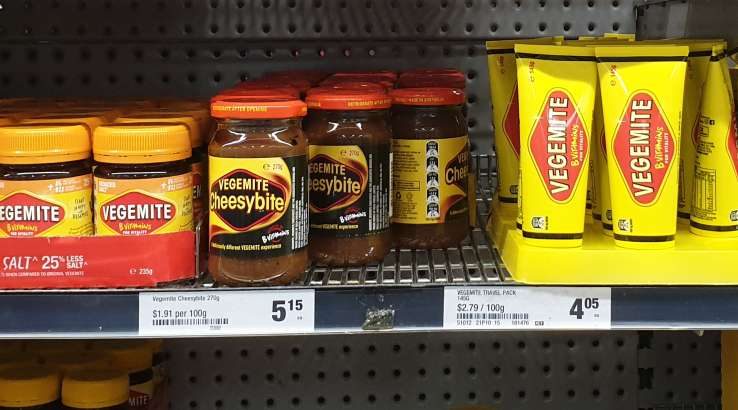 Coles jacked up pricing on its 150g size, as did Woolworths. The 220g exclusive Coles size also went up by 3.75%. Both Woolworths and Coles cut the price for Vegemite Reduced Salt.

Overall, the 2019 data reinforces three key principles that can help you save money on your grocery shopping: