I tried the Vogue Wine Diet just because 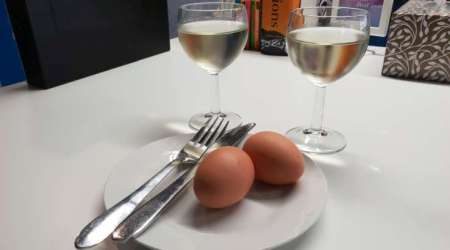 The Vogue Wine Diet is a ridiculous crash diet which regularly pops up as a topic of mockery on social media. Originally published in the 1977 Vogue Beauty & Body Book, this is what it involves:

Yep, drink a whole bottle of wine every day, eat three hard-boiled eggs and a small piece of steak and watch the kilos melt away. You'll be so wasted, you won't even realise you're wasting away.

This was so ridiculous, I had to try it, just because. And really, it wouldn't hurt if I lost a kilo or two. Plus, I like wine, and this gave me an excuse to drink two glasses of it at lunch in the office. Sadly, none of my colleagues found this shocking in the least.

Obviously, this diet doesn't get you most of the nutrients you need, and would be ridiculously dangerous if you took it up as a full-time eating plan. But that's true of all fad diets. Paleo is every bit as moronic, just newer. Crash diets are all about dramatic short-term weight loss, not sensible life choices.

So last week I tried out the Vogue Wine Diet for myself. On Sunday night I boiled up nine eggs, chilled three bottles of cheap dry white wine, and popped my carefully sliced steak into an airtight container. While the eggs were boiling, I crunched the numbers. 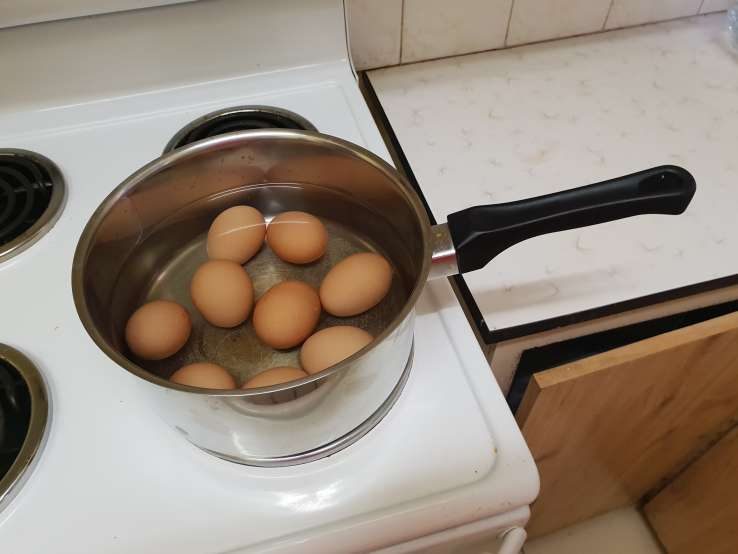 The sum energy total of the steak, eggs and wine is around 3,600 kilojoules a day. To simply maintain your current weight, the most commonly quoted intake figure is 8,700 kilojoules a day. I'm a stocky six-foot male, so my number is probably a little higher. So far, so slimming.

The project's own maths is questionable though. It claims that 5 pounds equates to 2.5kg, while the reality is closer to 2.2kg. And it's a 1970s diet promoted by Vogue, so there's an underlying background assumption that everyone is smoking like a chimney.

Another potential issue? I don't shed easily. The last time I tried a ridiculous calorie-controlled diet, based entirely on eating McDonald's, I managed to lose just 700 grams in the course of a week. Over three days, I figured I might be lucky to match that figure.

So the jury was out, but it seemed quite likely I would lose some weight. Perhaps the more relevant question is whether I'd go mad in the attempt.

How to carve your eggs 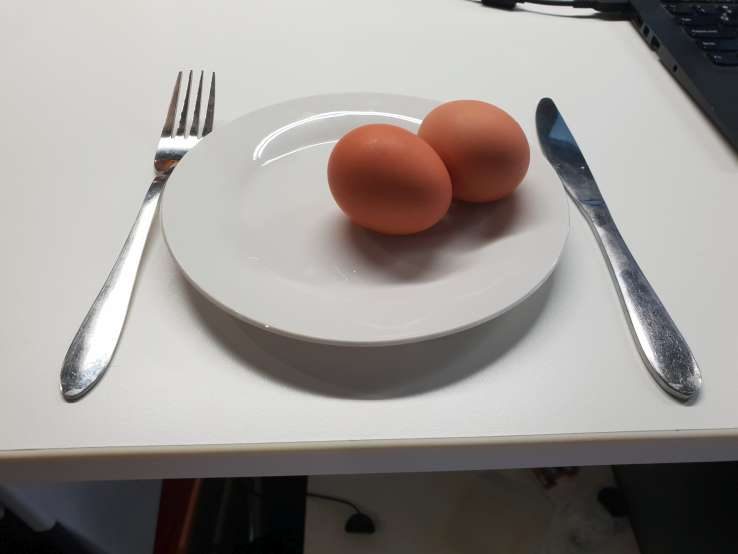 Let's make no bones about it: this diet sucks. There is no sensible way to pretend that eating a single boiled egg is going to fill you up first thing in the morning. After the first day, I seriously contemplated flipping the entire schedule and having the steak at breakfast, but decided that wouldn't be in the spirit of proper testing.

One change I did make after a couple of meals was to carefully stage what I did consume. Slice up the eggs as finely as possible, eat them slowly, then drink the wine, slowly, then drink the coffee, slowly. Eat the steak so slowly it's cold when you're finished. There's no time for gorging when that's all you have to enjoy. 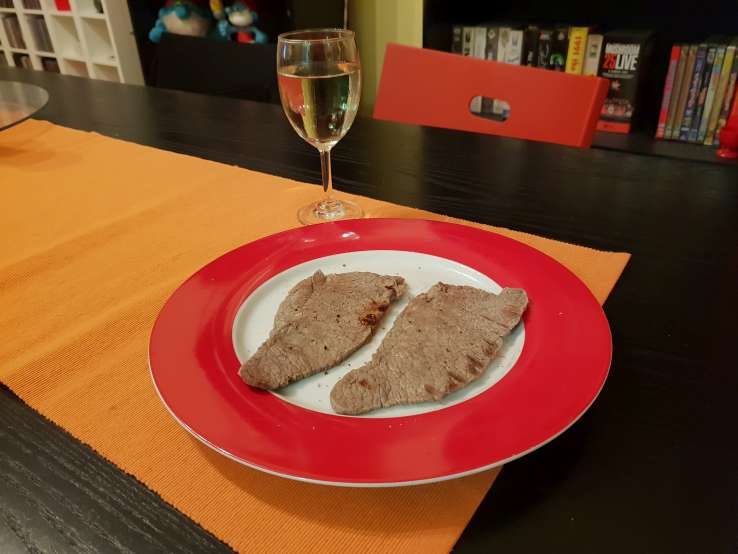 Coffee was a challenge too. I don't normally drink much of it, but again felt I had to stick to the diet's requirements, and hey, there are no calories, right? On the first night, my sleep was ridiculously disturbed and I woke up feeling like hell. A proper hangover would be much preferable. I cut back to just three cups a day after that.

As expected, the diet project provided much amusement for my Finder workmates. Two of them took a bet on how long it would be before I became constipated. Bad luck, guys; that didn't happen. 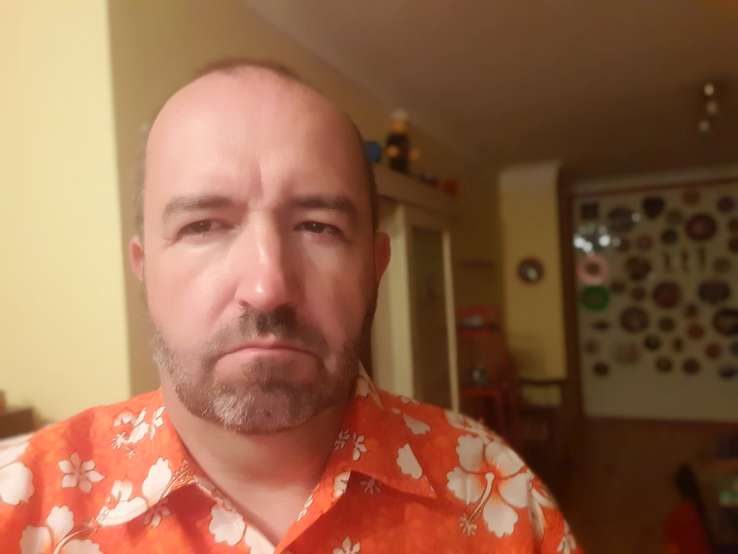 The underlying psychology of this diet seems to be: you won't feel deprived, because you still get to booze. It didn't work that way for me. I was totally aware of how hungry I felt, all of the time. The wine was just one more source of (insufficient) energy. I never felt tipsy; I just felt annoyed. I was counting the days until I could count the kilos.

How much weight did I lose? 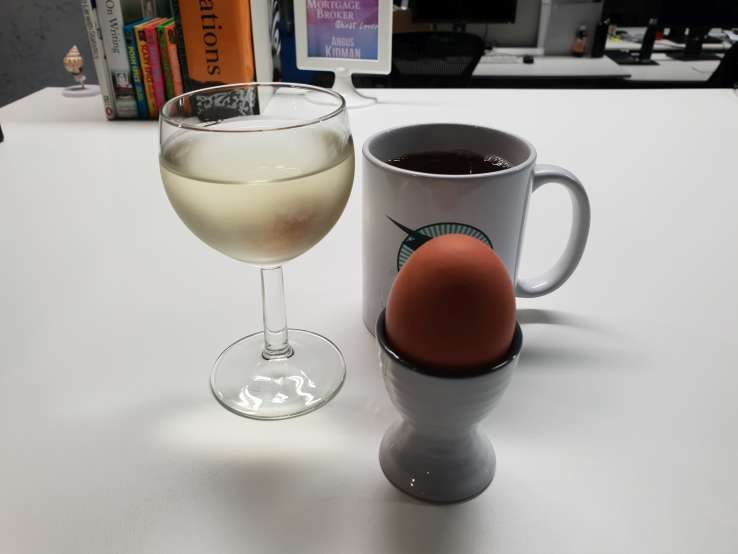 I weighed myself (naked, sorry about that mental image) first thing on Monday morning, and then again on Thursday morning. Over the course of those three days, this is how much weight I lost:

Yes, it's ridiculous, isn't it? I was bracing myself for having dropped perhaps 1kg, a loss which would in no way have justified the suffering involved. Instead, I'd shed weight at a rate that would easily see me through most rounds on The Biggest Loser. I'm sure the underwear modelling contract will be arriving in my inbox any day.

So I'm obliged to report that the Vogue Wine Diet really does work. Indeed, for me it worked considerably better than expected.

Would I do it again? Hell, no. But I'll feel a little less guilty the next time I drink a glass of wine.