I rode Sydney’s new Metro covered in Bitcoin just because 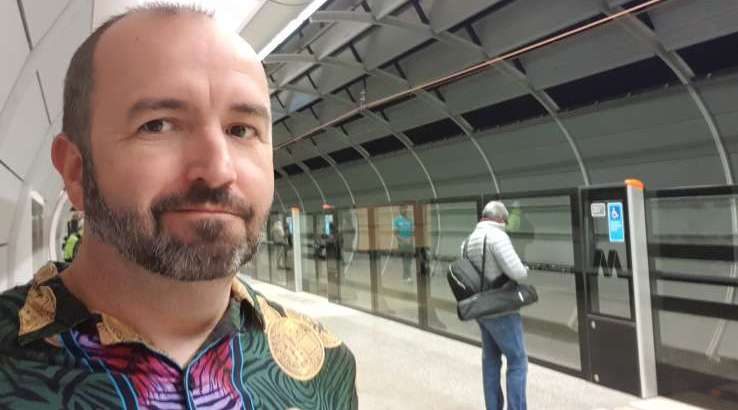 On a driverless train with a high-fashion side serving of cryptocurrency.

Last weekend, Sydney's Metro train service opened. The new 36km line is entirely computer controlled, and runs largely underground from Tallawong in the north-west to Chatswood in the inner north. 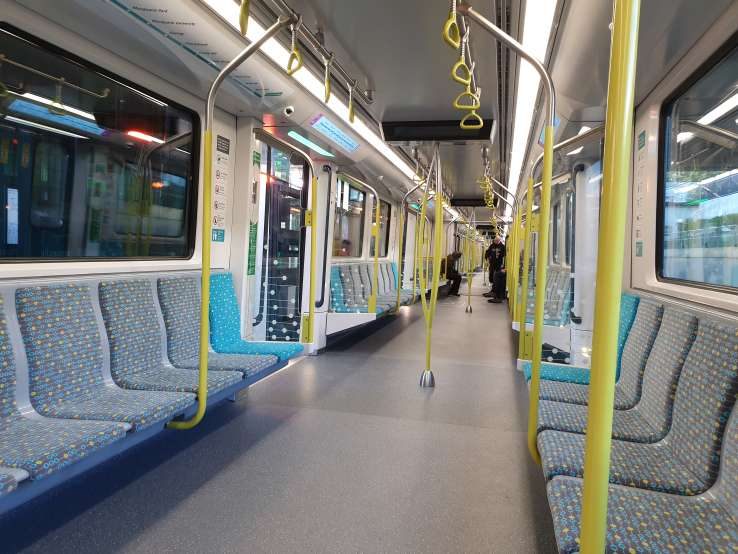 I'm a shameless train addict. Just last year, I travelled the whole of Sydney's railway network in one day. But I decided not to ride on the Metro on its first day of service last Sunday. While it was a historic occasion, I figured there would be huge crowds, especially given that travel was free.

This turned out to be a wise decision. Around 140,000 people tried out the Metro during launch day, which is twice the ridership that's been seen each weekday since. But I knew I needed to try it soon after launch to maintain my deranged train geek credentials, and that I'd need a unique take on it.

And then it occurred to me: I could travel the entire length of the line while covered in Bitcoin, just because. 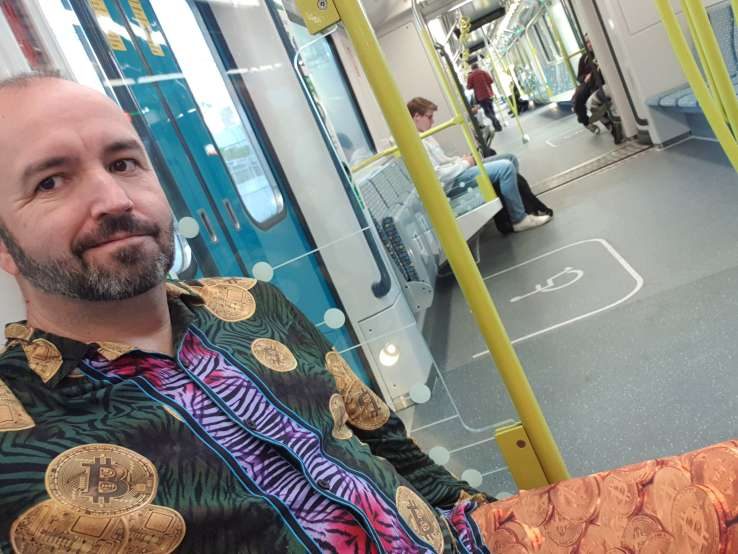 Not literally, obviously. With Bitcoin's price heading well above US$8,000 recently, there's no way I could afford that. But sporting a stylish pair of trackie daks emblazoned with the Bitcoin logo, and a matching collared shirt, I was ready to bring some cryptocurrency realness to Sydney's outer suburbs. 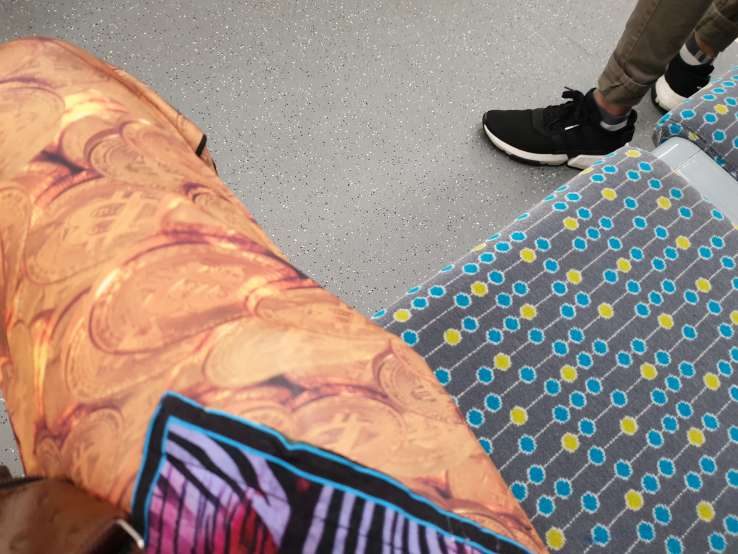 Disappointingly, my outlandish mode of dress did not result in any of my fellow passengers seeking crypto investment advice, abusing me for my garishness or placing an urgent call to the authorities. Only one person even acknowledged it. A woman spotted me on the platform at Epping, smiled and asked: "Are you going to Vivid?" 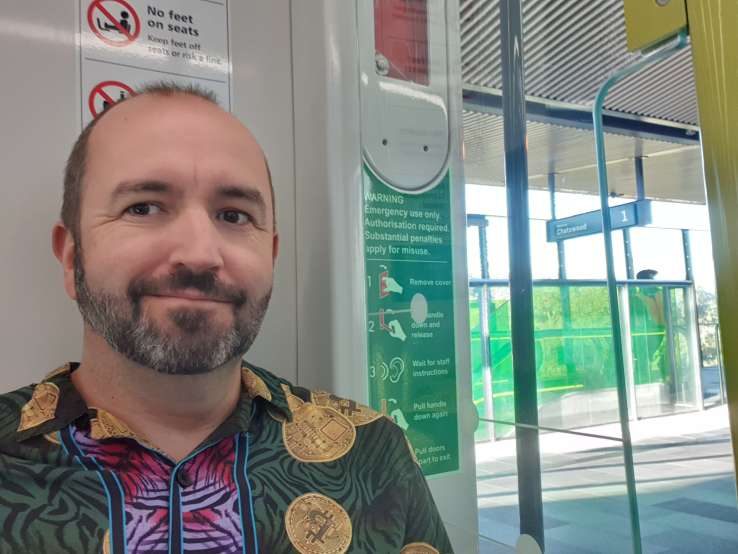 So fashion aside, how was the train itself? Impressive. The platform edges are walled off, which prevents passengers throwing themselves in front of the train. I'd been expecting something like the Jubilee line in London, where the platform edge doors also extend over the top of the train so there's no access at all, but the Sydney approach is more like a fence. 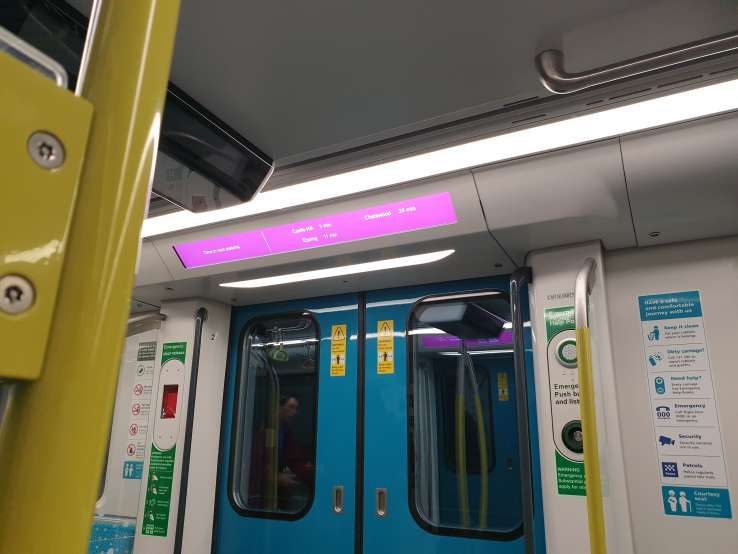 Onboard, the trains use vertically aligned seating (rather than the traditional horizontal approach we've seen in Sydney), and the carriages run continuously without doors, which means more people can cram in. On a Thursday afternoon the trains weren't packed, but they certainly weren't empty. 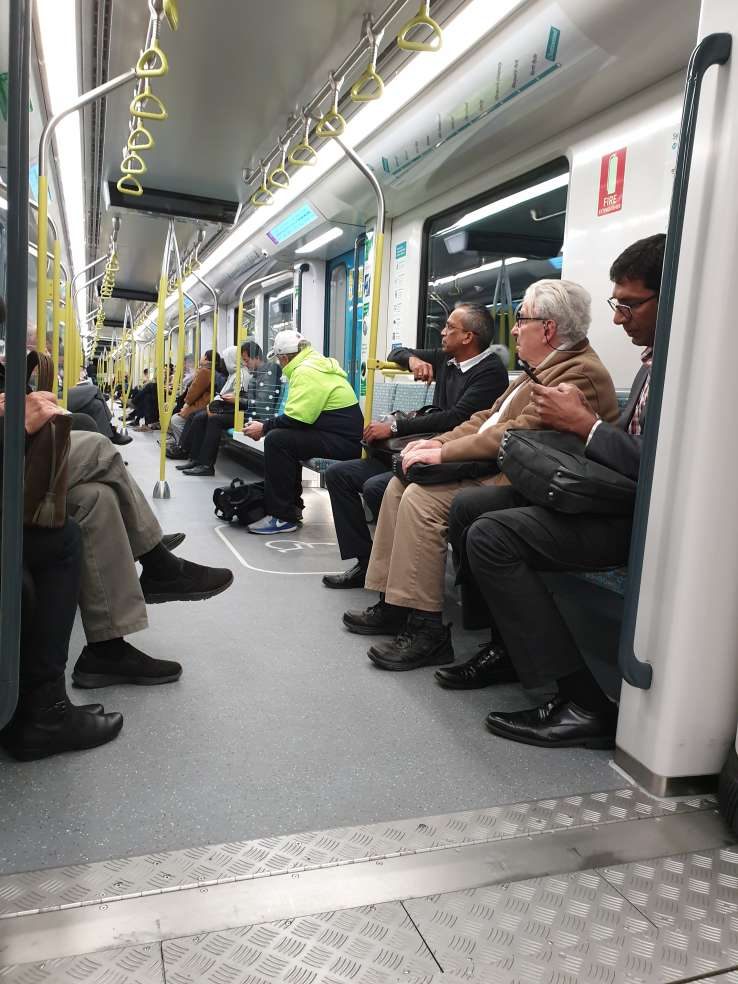 I started from Epping (the nearest station on the new service to where I live), headed to Chatswood, then travelled the full 37-minute length of the line to Tallawong, then back again to Epping. The biggest crowds were at Chatswood, where I had to change platforms to return (which seems weird until you remember the line will eventually extend further into the city and beyond). 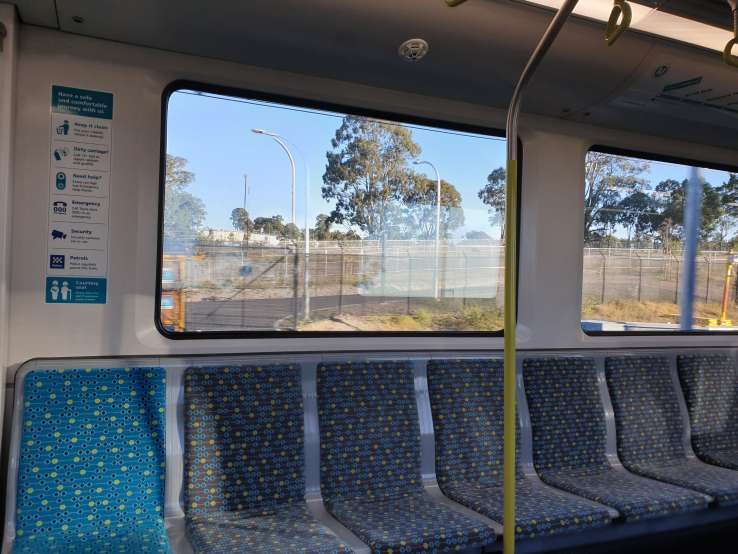 You couldn't describe the trip as scenic. Between Tallawong and Bella Vista the line is outdoors, but the rest runs underground, save for the very end at Chatswood and the platform at Cherrybrook. Fortunately, the mobile signal works well all along the route, so regular commuters will be able to distract themselves with YouTube. 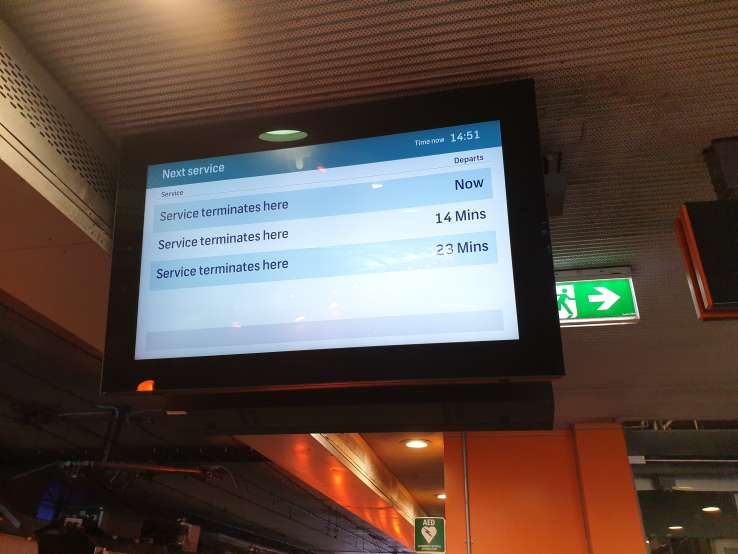 The train information displays on the platforms are more basic than the standard Sydney design, listing only when the next train is due and its ultimate destination. However, on board the displays are much more helpful, alternating between a map showing the whole service and where the train currently is, and a screen identifying how long it will be until key destinations are reached. 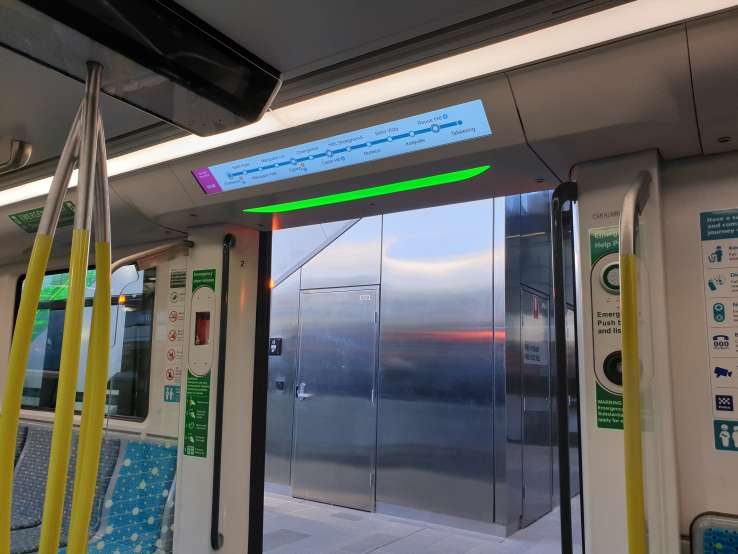 The computer control is useful in other ways. As we pulled into Cherrybrook, a sign appeared above the nearest door saying "This door is out of service". That was because of a defect in the platform edge doors in that position. 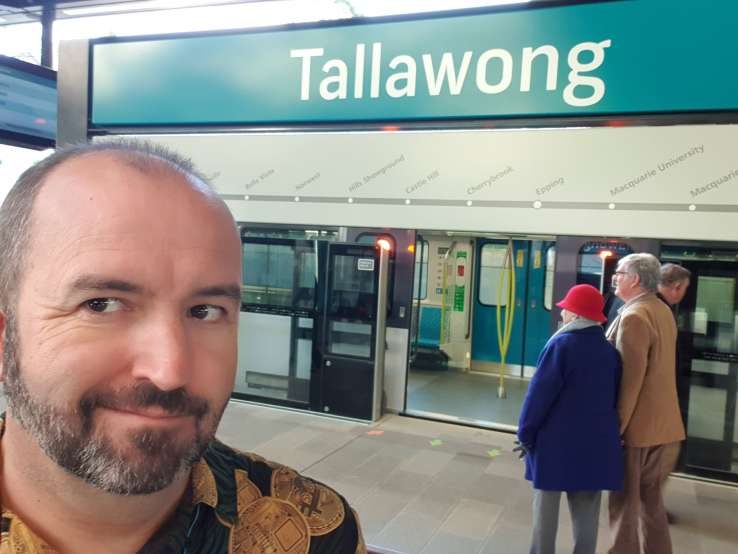 My only complaint? The air conditioning was set to chilly, and I wasn't wearing a jacket because I needed to show off all that Bitcoin beauty. I'll know better next time. And there will be a next time. But clearly I'll have to up my dress code if I want other people to notice. 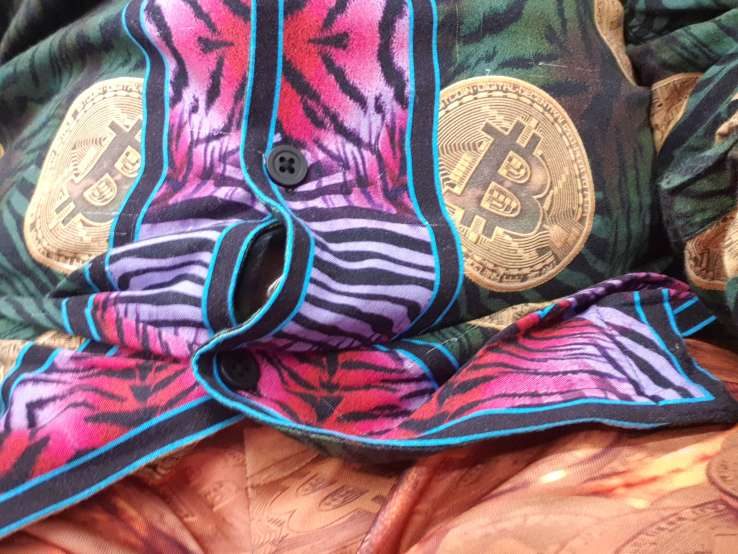