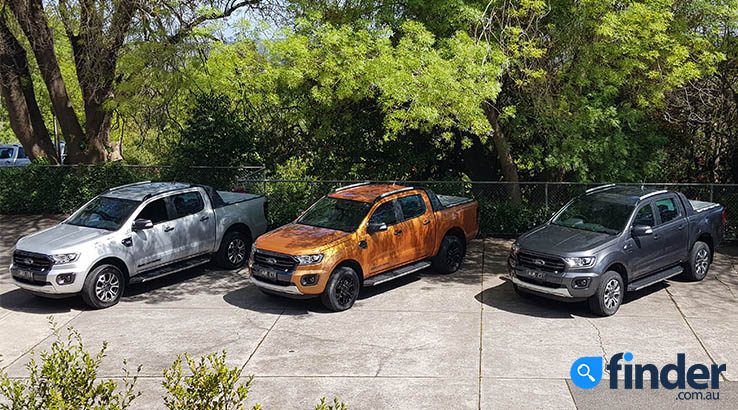 We took the 2019 Ford Ranger to the Werribee 4x4 testing ground and things got steep.

The Ford Ranger has been a massive hit in Australia, ranking as the second-highest-selling vehicle in 2017 with a massive 42,728 sold. In September 2018, the Toyota HiLux increased its year-on-year sales by 13.5% while the veritable Ford Ranger’s sales fell by 25.2%. But sales aside, which vehicle actually comes out on top?

We recently compared the Toyota HiLux and the Ford Ranger, stepping back and looking at the cars holistically:

“A HiLux is a bit like the Great White Shark, legendary at what it does and pretty much the de facto king of the marine food chain (or ute sales charts). But the Ranger is like a Killer Whale, known to hunt Great Whites, and it is now closing in on a slightly floundering rival.”

We headed to Melbourne to test the 2019 Ford Ranger and find out if it has done enough to dethrone the vehicle famously dubbed “indestructible” by the Top Gear team in the UK.

The 2019 Ford Ranger has received a subtle facelift which includes a new grille, fascia and bumper. More or less maintaining the popular look of the previous model, the majority of changes on the new model are in the suspension, along with a plethora of extra tech added to certain models.

The big change for the 2019 Ford Ranger is the addition of the 2.0 litre Bi-Turbo engine and 10-speed gearbox from the Raptor, which can be optioned on both the XLT and Wildtrak models for $1,200.

After driving around Melbourne and the Werribee testing ground in both the 3.2L 5-Cylinder and Bi-Turbo engine, I definitely preferred the latter. The 3.2L engine proved more than capable on the terrain we tried, but the Bi-Turbo was that bit more punchy on-road and smoother off-road.

The Ranger also retains the 3,500kg braked towing capacity of the 3.2L, so is entirely capable of towing trailers or caravans.

The 3 engines: Tale of the tape

A range of suspension upgrades across the range have been introduced to improve body roll, the ride and general handling. These changes have hit the mark, producing a large car capable of carrying four passengers plus cargo while handling like a smaller vehicle.

The handling of Ford’s previous model was praised by reviewers, and Ford has proven it isn’t resting on its laurels by refining this further.

Making the trip to the Convent Gallery in Daylesford in the XLT Model Ranger you can tell why this car is one of the largest sellers in Australia. It's a big beast with lots of storage that drives like a much smaller, agile vehicle.

With enough room in the back for adults and comfortable for passengers in both the front and back, the Ranger seems to tick all the boxes.

When optioned with a punchier engine in the form of the 2.0L Bi-Turbo engine and 10-speed gearbox from the Raptor, it gets some additional grunt to appease power freaks (like me). The difference is obvious when putting your foot down, effortlessly, and shifting through gears to give you a constant stream of acceleration.

Cabin noise has also been reduced, hiding the rumble of the diesel engine. However, it is more noticeable just how quiet it is when cruising along in the B-Turbo optioned variants.

Switching from the XLT to the Wildtrak, I know which one I would purchase. An improved interior in the Wildtrak makes it feel much more premium than its predecessors. For the additional $4,600, you’ll find me in a Wildtrak. 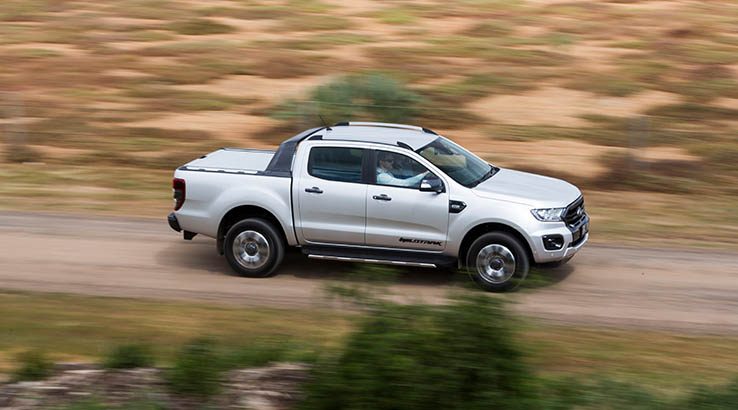 Both the XLT and Wildtrak models come with the new and improved SYNC3 system which helped direct us around Melbourne, a place where I have never driven before. We didn’t get lost, with the Sat-Nav doing its job. It also supports Apple CarPlay and Android Auto.

Looking at purchasing the Ranger, but find parallel parking a nightmare in a small car, let alone a large 4x4 Ute? Park assist technology is standard on the Wildtrak and an option on the XLT. It's an incredible system and on such a large car will make parking a breeze. Under 40kms an hour the system is always active, meaning that it has probably already seen and measured a parking spot before you’ve even decided to stop.

Fortunately, we didn’t need to use the new AEB which addressed an issue that reviewers called for in the previous model. It also makes it one of the first in the class to have Autonomous Emergency Braking. Along with this, the 2019 Ford Ranger Wildtak has been fitted standard with traffic sign recognition, with adaptive cruise control and lane-keep assist standard on the Wildtrak and an option on the XLT model.

A feature I enjoyed using was the adaptive cruise control which not only slows you down gently when the Ranger senses the car up ahead of you, but accelerates back to the set speed as you change lanes to overtake.

All the added tech in the 2019 Ford Ranger puts it up there among the class-leading utes.

Much like the Ford Everest, the Ford engineers have done a great job at taking a large vehicle and making it incredibly easy to take off-road. With very little experience, we put the Ranger (with both the 3.2L and 2.0L Bi-Turbo engines) through some tough terrain and made it out the other side in one piece. 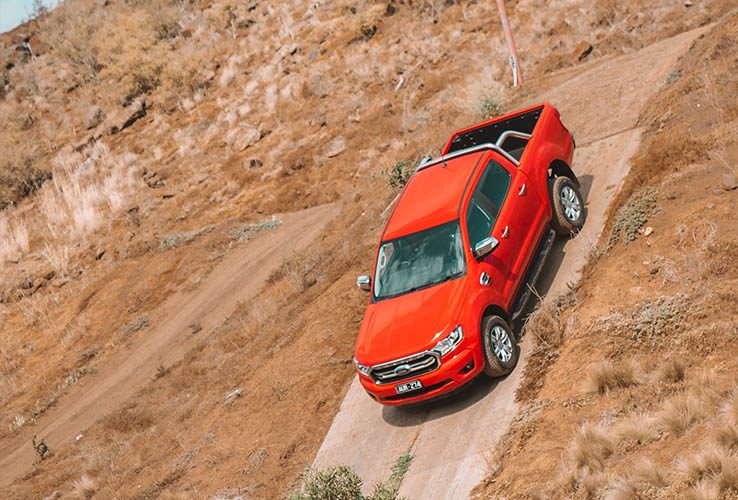 The Ranger was incredibly easy to handle driving through both water and ruts. It was stable in situations and on angles that probably should have made the car roll, and the light steering didn’t make directing the vehicle an upper body workout.

Testing the hill descent technology was an interesting experience, both because every fibre of my being was screaming at me to jump on the brakes and because it handled the descents extremely well. 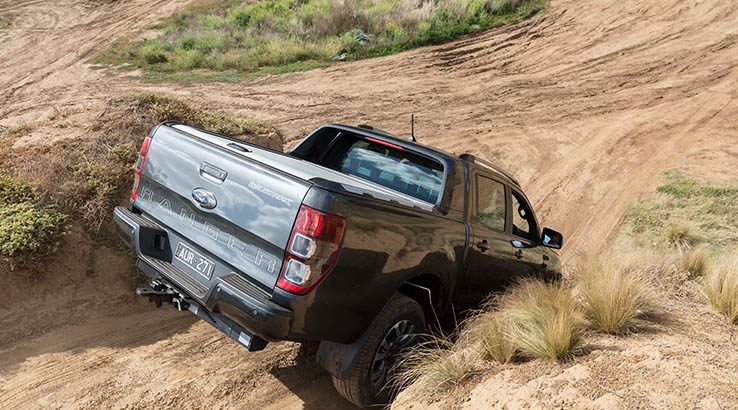 The Ranger handled itself in water well, wading its way through large bodies of water and then out the other side, straight up hills, wet tires and all, with ease.

Driving the Werribee testing ground in low-range for the most part the button shift system is present in the XLT. As mentioned in the Everest review, I’m not a fan of this implementation but was pleased to see a sequential sports shifter on the Wildtrak model.

The 2019 Ford Ranger is easy to drive on surfaced roads as well as being a capable off-road vehicle. It also has a bunch of tech that makes it a compelling proposition when compared to competitors in its class.

Quiet in-cabin and with plenty of room, the Ford Ranger isn’t just a tradies' car, but a vehicle worth comparing whether you are transporting materials, moving the family or heading on a caravanning adventure.
Disclosure: Alex Jeffs travelled to Melbourne as a guest of Ford.

Compare some options to finance a 2019 Ford Ranger