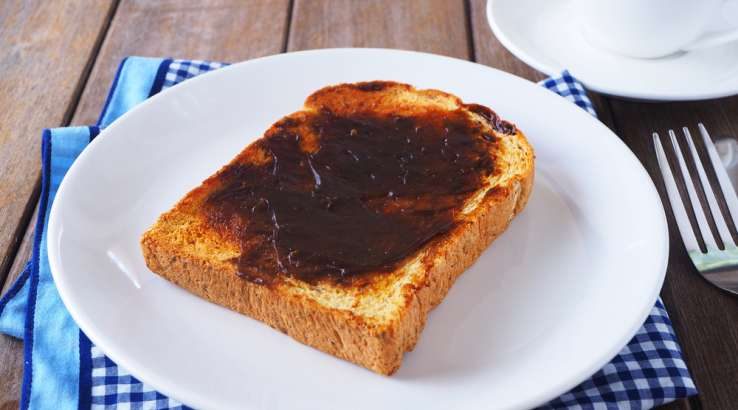 Which supermarket offers the cheapest Vegemite, and just how much should you be paying?

A year ago, I compared the price of Vegemite at Australia's major supermarket chains. So it's time to revisit those numbers and find out whether Vegemite's getting cheaper, and who has the best offers.

Why Vegemite? you might well ask. Apart from being objectively delicious and definitively Australian, Vegemite is also one of the few brand-name products that is sold by ALDI. Most of the German discounter's shelves are filled with its own store brand goods, but Vegemite is an exception. That means we can directly compare what Woolworths, Coles and ALDI charge. Collectively, those chains account for 75.1% of all grocery sales in Australia, according to Roy Morgan.

The table below shows what was being charged for Vegemite (and other branded variants like Cheesybite and Vegemite Reduced Salt) by each of the major chains last week. It also shows the unit price per 100g, which is the best way to compare, and what the same store was charging for the same size last year. The table is sorted by unit price, but you can click on the headings to sort by store, price or product.

As you can see, in almost every case Coles and Woolworths are charging exactly the same price for exactly the same product. Clearly, there are busy little supermarket elves constantly comparing and matching prices. The ongoing exception is for a 150g jar, where Woolworths charges $3.35, while Coles charges $3.30. That price difference has held up for a year, so clearly Woolies isn't too fussed for some reason. Coles is currently marginally cheaper for Cheesybite ($4.95 at Coles versus $5.10 at Woolworths). 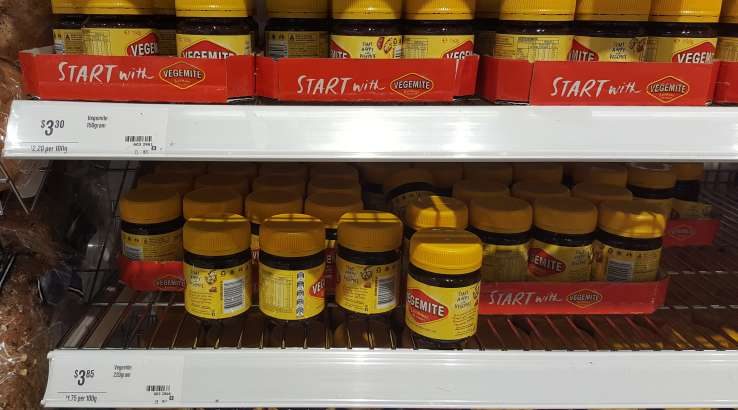 Returning to real Vegemite, the 455g size sold by ALDI isn't available anywhere else. It's now 50 cents cheaper than it was last year, a cut I imagine ALDI made so that the unit price per 100g was the same as the best-value jar (560g) at Woolworths and Coles. 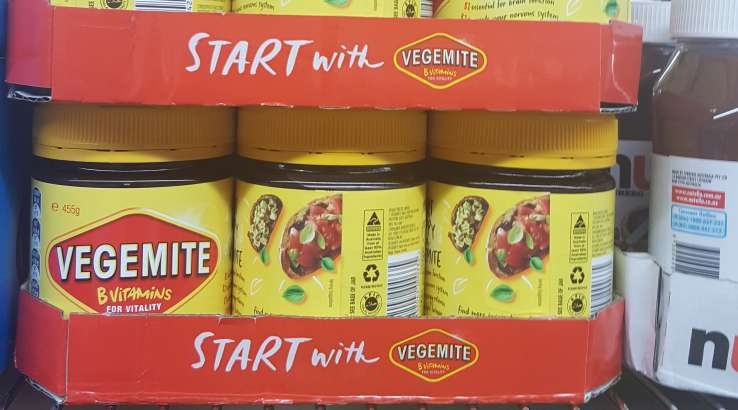 What this means is that it doesn't matter which of the major chains you go to. When you shop smartly, Vegemite costs exactly the same at $1.43 per 100g. Just don't make the mistake of buying the smaller sizes, where you'll definitely pay a premium.

For the most part, prices are unchanged from 2017. Woolworths no longer sells a 280g jar, while Coles continues to offer its 220g variant, albeit for a whole cent more than last year. The price of the "travel pack" Vegemite-in-a-tube has risen marginally from $4.05 to $4.10 at both Coles and Woolworths, but even before that change it was a terrible value deal, costing nearly twice as much per 100g as you'd pay for a larger dollop. 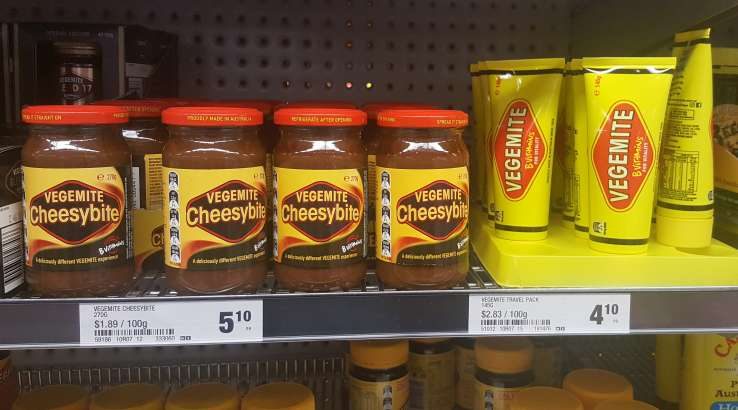 Not only that, at 145g it's also too large to go in as a liquid for international hand luggage. So that makes it the second-worst Vegemite deal all around. The worst, of course, is Vegemite Salt Reduced, which can go die in a fire as far as I'm concerned.

Note for pedants: I didn't include pricing from IGA supermarkets or Costco. I ignored IGA because unlike the major chains, which have consistent national pricing, IGA stores often set their own. Costco got the chop because there are still only nine warehouse outlets in Australia, and you have to pay a membership fee. I don't doubt the catering-sized vats of Vegemite Costco sells would be cheaper per 100g.

Similarly, I also ignored any specials running at the time and went with regular pricing. If you can get Vegemite on special, the savings can be worthwhile (and the chances of it going off if you stock up seem low). For instance, Coles recently had the 380g jar for sale at $4.80 rather than $6. That works out at $1.26 per 100g, cheaper than the 560g package.

Now, anyone for toast?