We’ve packed 4 expert motoring reviews of the Corolla into 1 review, saving you time.

Carma
Carma is an online used car retailer that has experts test-drive and inspect all vehicles. You can also take virtual tour of each car.
Eligibility criteria, terms and conditions apply.
Alex Jeffs
Fact checked 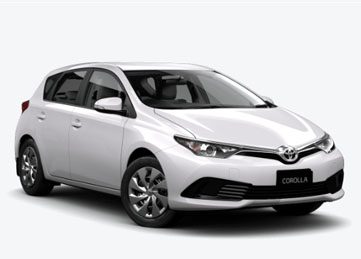 Avg. critics score: 71.00%
4 critics
How did we calculate this? We analysed and aggregated the scores of Cars Guide, WhichCar, Car Advice and Drive to bring you the Finder score. This is a comprehensive score that brings together the 4 different expert ratings you see below.
Finder is a personal finance comparison site that provides you with the tools you need to make better decisions. Learn how we work and how we make money.

How does the Toyota Corolla compare with its peers?

Note, the model shown above is the 12th-generation, 2018 onwards Toyota Corolla.

Prices for the Toyota Corolla, when new, started at $23,676 drive-away for a 1.8-litre petrol Ascent trim hatchback with a 6-gear manual transmission. The 7-speed CVT automatic gearbox cost buyers $2,100 extra.

The most expensive model was the ZR hatch, which was available with an automatic transmission. This model featured a range of added luxuries like heated and adjustable front seats (with lumbar support) and electrically heated wing mirrors that could power-fold for a little protection in small parking spaces.

The ZR hatch retailed for $33,803 when new. A number of car reviewers highly recommended the hybrid model, which was valued at $31,238.

Any other colour than the flat Glacier White incurred an additional charge of $450 at the time of placing an order. There were 8 colours to choose from, including metallic and pearlescent colours.

These prices were correct at the date of publishing for the postcode 2000.

Estimated private-sale value is from Redbook and is based on a vehicle having between 45,000km and 75,000km on the odometer (an estimate based on the age of the Corolla).

Click on the price below to compare a range of car loans.

Even in 2021, Toyota still sells heaps of Corollas each month, and it is usually one of the top 10 best-selling cars in Australia. The engine line-up is largely well received for its mix of modest fuel economy and performance, although in the eyes of testers, the hybrid was the pick of the range. The Corolla received praise for its good looks, excellent value, lowest in class servicing costs and forward thinking smart driving assists across the motoring expert panel. It was only really marked down for having an average-sized boot, the lack of a turbocharged engine option and the omission of Android Auto or Apple CarPlay. All things considered, it is unlikely you'll regret opting for a Corolla.

If you get stressed when facing too many decisions then the limited 2018 Corolla engine and gearbox line-up might appeal to you. You have the choice of a 1.8-litre petrol (manual or automatic) or a hybrid model. Hybrid Corollas also have a 1.8-litre petrol engine, but leave the factory with a Synergy Drive automatic CVT transmission.

Hybrid models extract 73kw/142Nm from the standard petrol engine, while a 60kW electric motor supplements the torque output, adding 207Nm. Many car reviewers were pleasantly surprised by the off-the-line acceleration of the hybrid Corolla, saying they had plenty of oomph. Quite a few even went as far as saying it would be their pick of the line-up.

The rest of the range, perhaps confusingly, has the exact same petrol engine. The mystifying part is that the sporty ZR hatch shares the same power plant as the lower spec Ascent. All non-hybrid models have the same 103kW and 173Nm. On public roads, journalists described the 2016-2018 Corolla line-up as docile and respectable, but behind many of its rivals.

It's a bit of a puzzle why Toyota chose not to bolt on a turbo. Most of the competition and international spec Corollas have turbochargers for increased performance and efficiency. Several reviewers picked up on this.

Almost without exception, journos disapproved of the CVT automatic transmission. Words like droney and sluggish were thrown around. The 6-speed manual was favoured as a better companion for the engine, with more immediate acceleration.

The 2016-2018 Toyota Corolla was a pretty frugal car and sipped fuel sparingly. Surprisingly, the manual transmission car boasted the worst fuel economy, using a combined 6.7L/100km of petrol. The CVT automatic transmission is theoretically capable of 6.1L/100km, while the hybrid model burns an impressive 4.1L/100km.

Those figures are direct from the Toyota specifications list for the Corolla, derived from an ADR81/02 fuel consumption test. In practice, real-world figures are often slightly higher due to traffic, road and weather conditions.
For an SX model, one media outlet saw an increased fuel usage of 8.4L/100km, which was 2.4L/100km higher than the factory figures. Another journalist achieved 9.2L/100km. This is much higher than Toyota's claimed stats, but is still very much middle of the road in its class. It should be noted, it is not abnormal for fuel economy to sit within a 1.0L/100km margin of the brochure figures.

The hybrid Corolla in real-world conditions delivered fuel usage of 5.5L/100km, just 1 extra litre over factory numbers.
Hybrid Corollas hit such impressive fuel usage by combining an electric motor together with the propulsion generated by the petrol engine. The system also recycles ordinarily wasted braking energy to top up the battery. Around town, where you brake more frequently, and sometimes quite heavily, this can make a significant difference.
Toyota decided not to include stop/start technology on the Corolla.

The general opinion of the reviewers is that the Corolla is pretty decent to drive. According to the motoring press, Toyota engineers have done a pleasing job of creating a car that is nimble. The steering response is nice and light, with testers saying it is also accurate. This light steering also makes parking a lot easier, especially on bustling urban streets.

Others found the ride to be comfy, evening out road bumps nicely, but not particularly exciting in any way.

One thing to note about motoring journalists: they like to dissect and hyper-analyse a car's handling, but you should take this with a pinch of salt. After all, the Corolla isn't a sports car and 99.99% of buyers will only ever use theirs on public roads. For everyday driving, it is perfectly fine. It's a sensible and comfortable option, and that's all that most owners truly care about.

There are one or two product recalls for the 2016-2018 Toyota Corolla. Hybrid Corollas from this generation had a fail-safe mode issue. 5,118 vehicles were affected.

Looking into common complaints with Corollas after they were a few years old, there didn't really seem to be a pattern of frequent issues. These vehicles should currently, as of July 2021, have some of their factory warranty remaining (2016 Corollas might have run out of warranty), unless they've gone over their kilometre quota.

Toyota knows its target audience through and through. Reviewers agreed that this was the best Corolla they'd produced at the time.

The Corolla then (and now) neatly combines value for money, sensible servicing costs and a time-honoured reputation for reliability and longevity with an inoffensive form factor and robust build quality.
While critics may not have ranked the 2016-2018 as the best in class, it does everything very well, with few compromises.

Compare loans for a 2018 Toyota Corolla below