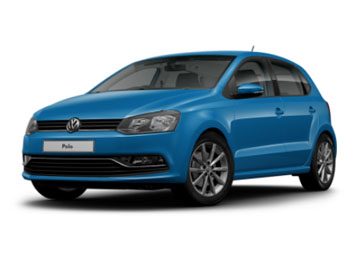 Avg. critics score: 82.60%
5 critics
How did we calculate this? We analysed and aggregated the scores of Cars Guide, Car Advice, WhichCar, Motoring to bring you the finder.com.au score. This is a comprehensive score that brings together the four different expert ratings you see below.
Finder.com.au is personal finance comparison site that provides you with the tools you need to make better decisions. Learn
how we work and how we make money.

Get a better deal on a Volkswagen Polo

How does the Volkswagen Polo compare with its peers?

The VW Polo is an iconic small hatchback. Car reviewers said it handled beautifully, was powered by keen small engines and generally was well assembled. Complaints included things like the styling being somewhat reserved and safe as well as lacking excitement.

Volkswagen fitted the Polo with either a four-cylinder, turbo 1.2-litre petrol engine or a turbocharged 1.8-litre petrol. The 1.2 comes in two different tunes. The standard config outputs 66kW @ 4,400rpm and is rated for 160Nm at a lowly 1,400rpm. Then, VW turned up the power to 81kW and 175Nm for some Comfortline and Urban + Polos.
For the GTI, buyers get a grunty 1.8-litre, with 320Nm at 1,450rpm and 141kW kicking in at 4,300rpm.
Gearbox wise, there's a five-speed manual, a six-speed manual and a seven-speed automatic.

The Polo is a pretty lean fuel burner.
Trendline models have either a manual or seven-speed DSG with a combined fuel economy of 4.8L/100km. In urban environs, the automatic uses 5.9L/100km, whereas the manual can only manage 6.1L/100km. Extra-urban, the manual is slightly more efficient at 4.1L/100km against the auto's 4.2L/100km.

The sporty GTi models use the most petrol. Manual-equipped GTIs are rated as follows:

Automatics are slightly more frugal, with the following ratings:

Car reviewers described the Polo's handling as stable, sure-footed, planted and accomplished. It was likened to the VW Golf in this department by some journalists.

Others suggested it was one of the best on the market around tight urban roads, though it would appear to be a multi-skilled performer. Volkswagen engineers have made the car's ride and handling work across quick, gentle corners as well as across road surfaces of varying conditions. Steering matches the rest of the car's proficiency, with testers saying it was accurate and responsive.

Standard features on 2017 VW Polo models vary depending on the spec.

On a site that allows buyers to independently review their own car, the Volkswagen Polo has 3.9 stars out of five as of October 2019. There doesn't appear to be any common mechanical faults with the model.

There have been a few recalls for this model year of Polo. You should check the ACCC Product Safety Website for more information.

From the comments of reviewers, it seems the VW Polo MK5 is almost perfect. Volkswagen is an experienced car manufacturer and the Polo line has existed since 1975, giving the company decades to experiment, test and develop to produce the ultimate small hatchback.

Compare some options to finance a 2017 Volkswagen Polo