2016 in review: what happened to the Australian property market? 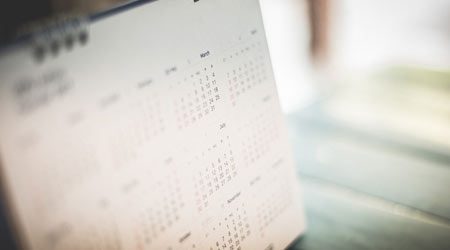 As the year draws to a close, we look back at how 2016 has shaped the Australian property market.

2016 was supposed to be the year the booming Australian property market, particularly in Sydney and Melbourne, finally took a breath. It was also meant to be the year we saw radical policy changes to tackle affordability and bring property back within the reach of average Australians.

Instead, the property market in Australia’s two largest cities headed even further out of reach, and little happened from a policy standpoint to stop the climb. Before we head into 2017, it’s worth looking back to see how the property market shaped up over the last year.

The year in prices

There was no single story of price growth across the country for 2016. Australia’s property market was decidedly two-speed, with some capital cities continuing their upward trajectory and others languishing.

“At one end of the spectrum we have Sydney and Melbourne where dwelling values are rising at more than 10% per annum, while in Perth, values continue to trend lower. In Canberra and Hobart, the pace of capital gains has accelerated with both cities seeing annual capital gains rise higher than 8% over the past 12 months,” CoreLogic research head Tim Lawless said.

“Brisbane and Adelaide have shown more sustainable growth with values tracking 4-5% higher over the year. Across regional markets, the lifestyle and tourism-centric areas recorded an improvement in buyer demand which has pushed prices higher, while markets related to the resources sector remained soft and are likely approaching the bottom of what has been a dramatic downturn in values and transaction numbers.”

In the midst of strong growth for Sydney and Melbourne, first home buyers were largely left out in the cold. A Bankwest report showed first home buyers fell to 13.4% of the market in 2016. High house prices made it increasingly difficult to save for a deposit. The report said saving a 20% deposit on a median-priced house would now take the average first home buyer couple 4.4 years. The picture was even bleaker in Sydney, where a deposit would take 8.4 years to save.

Across all this, however, loomed the spectre of an impending apartment price crash. Multiple reports over 2016 pointed to a glut of multi-unit construction currently underway, predicting apartment prices could see significant declines heading into next year.

This overhang of apartment stock was good news for renters, however. Australia’s perennially tight rental market eased over 2016, with vacancy rates rising across nearly every capital city. As vacancies climbed, asking rents fell, signalling a shift in market power from landlords to renter.

WIth a Federal election on the cards for 2016, both sides of politics ramped up their rhetoric on how to manage the property market. Housing affordability was a key issue in the election. The major talking point for both parties was negative gearing.

The Labor Party wanted to tighten negative gearing concessions, arguing that the tax break incentivised speculative investment and drove up house prices. The party’s plan was to restrict negative gearing to newly-built properties, while halving the capital gains discount.

The Coalition argued that this policy would blow a hole in investor demand, and see money moved to other, more tax-effective asset classes. An exodus of investors from the property market, they argued, would drive up prices for renters.

In the end, the Coalition retained power at the Federal election, and negative gearing changes were taken off the table. This didn’t mean an end to the argument, however. NSW Planning Minister Rob Stokes rankled his Federal Liberal colleagues by suggesting that negative gearing changes should be considered to address housing affordability. NSW Premier Mike Baird agreed, arguing that changes to the policy should at least be on the table. Federal Treasurer Scott Morrison quickly moved to shut this down, though.

All the while, the government has been conducting a parliamentary inquiry into housing affordability. The two-year inquiry drew to a close this year, and grabbed headlines along with a fair share of ridicule for presenting no recommendations to government in its report. Instead, it pinned housing affordability on supply constraints and argued that state and local governments were best placed to tackle the issue.

While policymakers argued, however, regulators and lenders acted. APRA’s tightening on foreign investment rules saw banks pull back on lending to foreign buyers this year. As foreign demand looked set to wane, property market pundits warned that a dearth of foreign investors could see off-the-plan apartment projects suffer, and could even lead to some developers going belly-up.