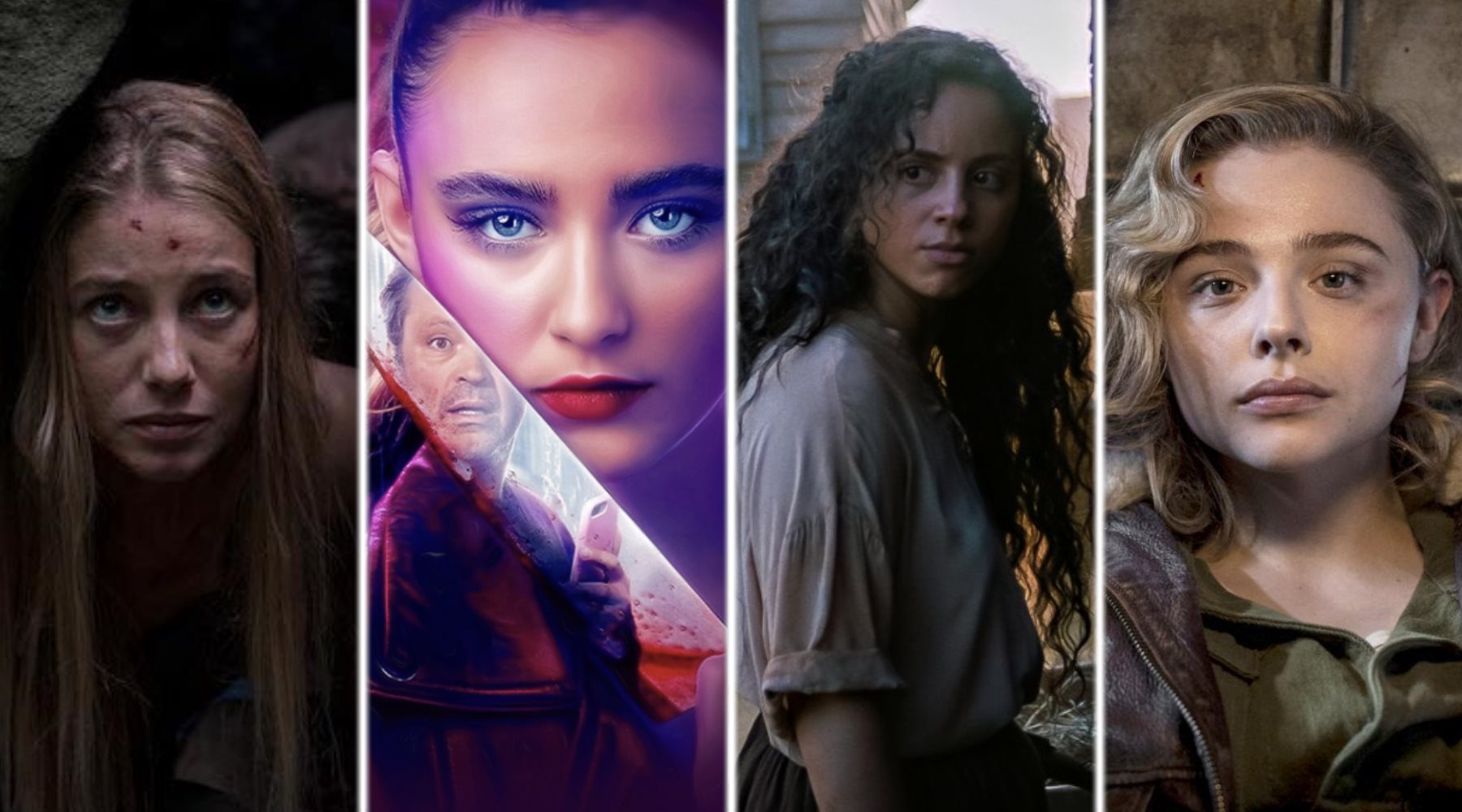 Change is scary. Updating your Halloween watchlist doesn't have to be.

Sick of streaming the same movies year after year to mark the scariest night of them all? Perhaps you've already seen Psycho a few times, marathoned the entire Halloween film series and can recite Hocus Pocus in your sleep.

Like Pumpkin King Jack Skellington, you're bored with the same old scare-and-scream routine. You're looking for fresh nightmares to welcome to your streaming queue.

Thankfully, finding a new horror obsession doesn't require a blood sacrifice. Plenty of recent spooky titles are already haunting online platforms. From movies that can be enjoyed with younger viewers to unsettling films that will make you dust off your night light, there's something for everyone.

We have a great selection to get you started. Pick your poison, grab some candy and settle in for a bona fide fright fest.

Breathing new life into the popular franchise, the 2021 Wrong Turn revolves around a group of hipsters who hike the Appalachian Trail. When they come face-to-face with a secluded community of people dead set on protecting their isolated way of life, the friends quickly find themselves fighting for survival. Forget the popcorn – you'll be on the edge of your seat.

Netflix's Fear Street trilogy, based on R. L. Stine's book series of the same name, is a delight for viewers into all things spooky. Set in 1994, 1978 and 1666, respectively, the movies boast an intriguing plot that subverts expectations. The first one revolves around a group of teens who take on an evil force that has plagued their town for hundreds of years. We'll let you discover how the story progresses from there.

Described as Freaky Friday meets Friday the 13th, this engaging horror comedy lives up to the hype. It follows a teen girl who swaps bodies with a deranged middle-aged serial killer. While she's trying to lay low and find a way to get back into her body, he takes advantage of his appealing new look to wreak havoc all around. Fun!

4. Shadow in the Cloud

In the midst of World War II, a woman joins the all-male crew of a B-17 bomber with a top-secret package. When a sinister presence begins to lurk in the shadows, everyone will have to band together to stay alive. Mixing monsters with war, the movie is bonkers, fast-paced and wildly entertaining.

Watch Shadow in the Cloud online

Need something to entertain the kids? Look no further than Muppets Haunted Mansion, a special that successfully blends comedy with low-key thrills. At the centre of the shenanigans are Gonzo and Pepe, who face their fears by spending an entire night in a haunted house. With catchy songs and celebrity guests, Halloween rarely gets more joyous than this.

His House follows a refugee couple who escapes a war-torn South Sudan, but has trouble adjusting to their new life in England. Especially when they figure out that the shabby house they've been assigned by the government is less than welcoming. The movie successfully combines real world horrors with supernatural scares. The result? An unsettling and thought-provoking experience.

This charming horror comedy tends to fly under the radar, which is a shame – it's more than worthy of cult status. Extra Ordinary centres on a driving instructor with supernatural talents. While she usually avoids dealing with hauntings, she agrees to save a girl marked for sacrifice by a one-hit wonder musician eager to regain his popularity. If the premise sounds wacky, wait until you stream the whole thing.

You know that a horror movie will be good when the trailer alone gives you nightmares. That's the case for Caveat, a terrifying film we strongly advise against watching alone. It's about a lonely drifter with memory loss who agrees to look after a troubled girl for some easy money. However, he must wear a leather harness and chain all the while, which restricts his movements. Let the terror commence.

Another kid-friendly option, Nightbooks revolves around a young boy who has to tell a scary tale every night. Otherwise, he'll be trapped inside a wicked witch's magical apartment forever. Adapted from the children's book of the same name by J. A. White, the movie is whimsical and twisty. It's also a solid choice for older viewers who are just getting into horror and don't feel ready for anything *too* scary yet.

After suffering a stroke, an elderly woman moves into a nursing home where she begins to suspect that supernatural forces are preying upon the residents. Unfortunately, no one seems to take her fears seriously, dismissing them as fantasies of an addled mind. With an arresting lead performance from Barbara Hershey, The Manor raises some interesting questions while delivering enough tension to keep you glued to the screen.

In Relic, 3 generations of women are haunted by a spooky presence. When the matriarch goes missing, her daughter and granddaughter come to assist in the search. But once she returns, they begin to entertain the idea that something wicked might be going on in their decaying country home. As if watching a loved one be slowly consumed by dementia wasn't horrifying enough.

If you enjoy your horror with a touch of romance, After Midnight should satisfy your craving for the macabre. When his girlfriend bolts leaving only a note behind, a man contemplates their long-term relationship while a monster comes knocking night after night. This is a movie that keeps viewers on their toes, delaying gratification. Once the ending comes, you'll be happy you stuck around.

Not even Zoom calls are safe anymore. Host follows 6 friends who hold an online séance while in lockdown and accidentally summon a demonic presence. Soon, they start noticing strange occurrences. Effective and unsettling, the movie will have you not only double-checking your locks, but maybe even turning off your Wi-Fi.

An entertaining genre film, #Alive is set in Seoul during a zombie outbreak. The action focuses on a young man who decides that his best option is to lock himself into his apartment as he witnesses the horror happening outside. Too bad it won't be long until the infected come barging in. Nerve-wracking and thrilling, the movie will give you chills.

On her wedding night, a bride is forced by her new husband's family to play a game of hide and seek. She doesn't know, however, that her new relatives are armed and eager to kill. What follows is a delicious game of cat-and-mouse as the young woman fights to survive the night. The movie is equal parts gory and hilarious. You'll be in for a wild ride.

Watch Ready or Not online