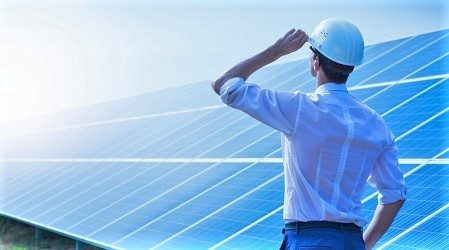 Over $1 billion worth of commercial investment in new energy sources.

Australian Renewable Energy Agency (ARENA) has approved the construction of 12 new photovoltaic (PV) solar plants as part of a multi-million dollar funding round.

Six of the plants will be built in Queensland, five plants are intended for New South Wales and another in Western Australia, providing enough energy to power 150,000 average Australian homes and deliver around one-tenth of the new capacity required to meet Australia's 2020 renewable energy targets.

“The projects delivered through the ARENA funding round will build on current expertise and generate new knowledge for the burgeoning large-scale solar sector including co-location of solar and wind," he said.

The plants are also expected to generate almost $1 billion worth of commercial investment and help improve regional Australian economies.

"Regional economies will benefit massively from the growing big solar industry, with 2,300 direct jobs and thousands more indirect jobs expected to be created by this round," Frischknecht said.

While financing, connection agreements and necessary approvals would need to be locked in quickly, Frischknecht said all 12 plants could be fully constructed by the end of 2017.

“As a result of our efforts, the ARENA funding ask for big solar projects has dropped significantly from half of total project costs to just 10 per cent on average. This means that every dollar of ARENA funding is leveraging $10 from other sources in this round."

ARENA's funding round began in September 2015, aiming to deliver $100 million and generate 200 MW in new projects.

"We've achieved more than double that through this round with $92 million funding supporting around 480 MW," Frischknecht said.

The table below shows the companies involved, the amount of ARENA funding, total costs, energy output and nearest towns.

Want to learn more about solar energy and how it works? Check out our comprehensive guide to solar photovoltaic (PV) systems.

Already planning to switch to solar power? Do your homework, find out what you need to get started, get a quote and compare costs.