10 TV shows like You available to stream right now 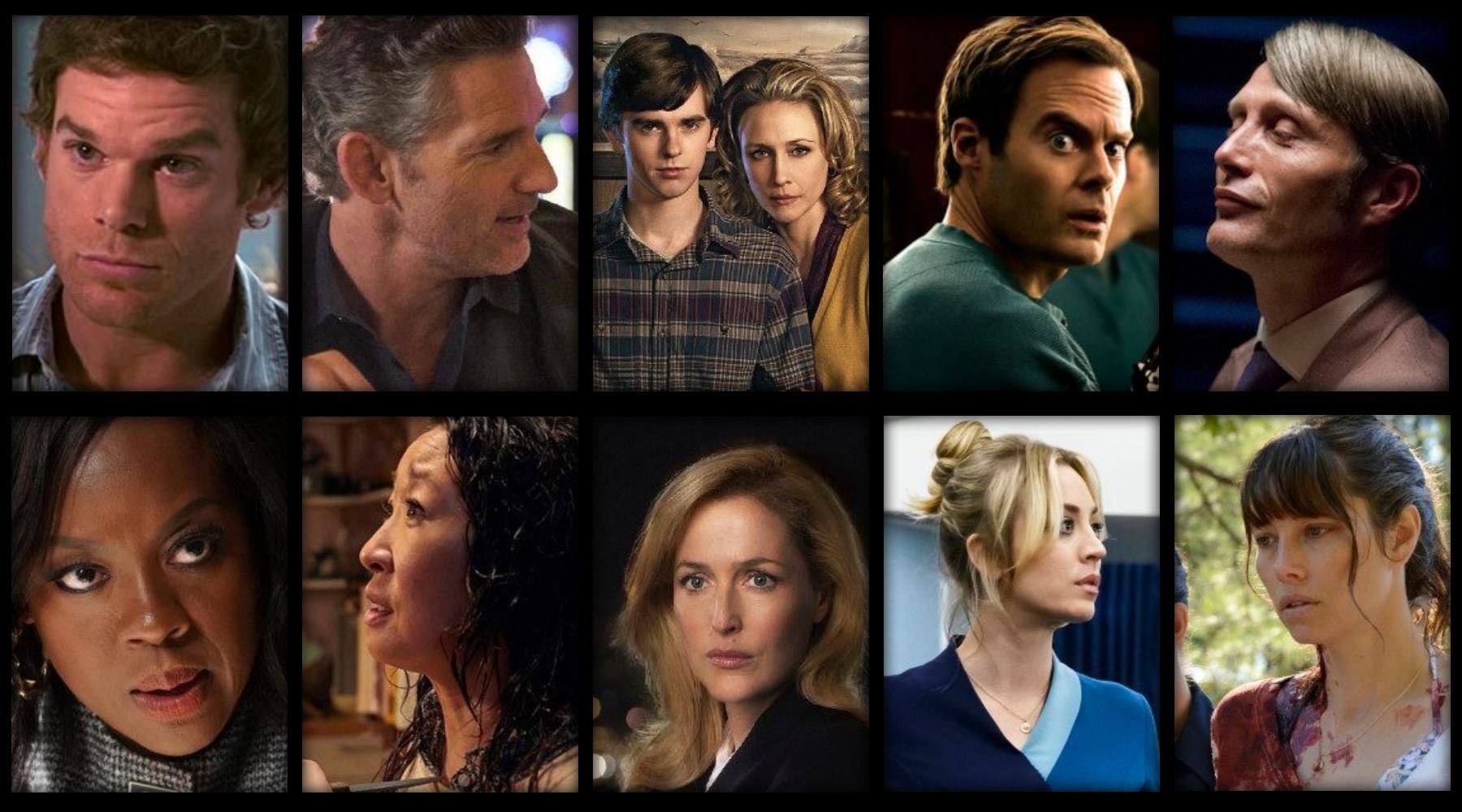 If you love You, you'll fall for these similar shows immediately.

I see you. You're mindlessly browsing online, looking for your next great binge.

Maybe you've just finished the latest season of You and want something similar. Maybe you're eagerly awaiting its return. Whichever the case, you're unsettled. You're bored. You want to replicate the thrill You gave you. You enjoy its darkness and clever humour and subtle brilliance.

You're also mad at yourself for finding a charming killer endearing. We've all been there. But while the streaming overlords keep us waiting for new episodes of You, *you* need something that will fill your empty heart in the meantime.

I know you. You'll absolutely love these 10 shows. You is the chosen one, but these are all good options. You're welcome.

You may remember Dexter. Before Joe Goldberg came around, he was the world's favourite psychopath. Blood spatter analyst by day, vigilante serial killer by night. Deviant for sure, but with a firm moral code, which made him surprisingly likeable.

Without Dexter, maybe there would be no You. A revival is coming out in November. Until then, the original is calling your name. Tonight's the night.

In the first season of The Sinner, Jessica Biel plays a troubled woman who stabs a man to death for reasons unknown. A detective is determined to figure out why. What follows is a darkly compelling tale that keeps you glued to the screen.

The Sinner is an anthology. If you're into it, the detective investigates more disturbing cases in subsequent instalments.

Women can be psychopaths too – and they often wear fabulous outfits while committing their heinous crimes. Killing Eve centres on a bored MI5 security officer who starts hunting a talented but mercurial killer, Villanelle. The 2 women develop an unhealthy mutual obsession.

You'll be mesmerised by Jodie Comer and Sandra Oh's chemistry. It's the stuff Joe and Love aspire to.

Jamie Dornan, star of 50 Shades of Grey, plays a killer with the uncanny ability to hide in plain sight. Sounds familiar? As he stalks and preys on victims in Belfast, a police detective from London is hot on his trail.

It's creepy, sexy and compulsively watchable. You know you already want to check it out.

Mads Mikkelsen's sheer on-screen presence exudes evil, so there's no wonder he was (perfectly) cast as one of the most notorious fictional killers of all time. Hannibal is all about a forensic psychiatrist who is secretly a cannibalistic serial murderer. It also showcases his surprising and escalating bond with an FBI profiler.

The show is gory. You're wondering if you can take it. Tune in to find out.

Veering into true crime territory, Dirty John is another anthology, but this one tackles love gone wrong. Each season follows a romantic relationship that slowly deteriorates to a catastrophic climax. It will make you wonder whether you can really know someone.

After all, do you think that Joe is destined for a happy ending?

These shows take a certain psychological toll, so you might want to decompress. Enter Barry, a dark comedy about a hit man who moves to Los Angeles and discovers the joy of acting. Too bad his new passion interferes with his irregular job.

Barry does an excellent job at balancing darkness with laughs. You probably think that the premise – a killer for hire in Hollywood – sounds silly. You'll be pleasantly surprised.

A prequel to Alfred Hitchcock's iconic Psycho, Bates Motel chronicles the lives of Norman Bates and his mother prior to the events in the film. In other words, you get to see Norman's fragile psyche slowly disintegrating over the course of 5 seasons.

You find that fascinating, don't you? You're not wrong.

9. How to Get Away with Murder

Meet Annalise Keating, a no-nonsense criminal defence lawyer and college professor who mentors a group of law students. When the students get tangled into a murder, covering it up will test everyone's limits.

Expect mind-blowing twists and melodramatic turns, along with a brilliant performance from Viola Davis. You won't be let down.

A flight attendant's life takes a bonkers turn when she wakes up in a hotel room next to a dead man. A perpetual party girl, she has no idea what happened. Is someone setting her up? Desperate for answers, she embarks on a wild investigation that will push her to the breaking point.

The Flight Attendant is tense, hilarious, thrilling and engrossing. It's just what you're looking for.