1 in 10 advertisers has bought advertising on the blockchain 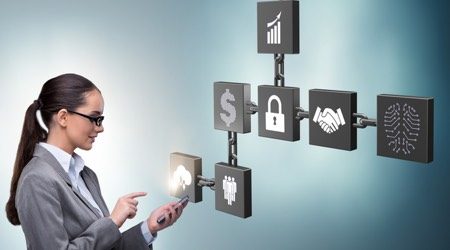 While 7 in 10 are still highly suspicious of the space as a whole.

A new survey conducted by Advertiser Perceptions in partnership with the XCHNG blockchain-advertising platform has found that just over 1 in 10 advertisers (11%) has purchased advertising on the blockchain.

From one angle, that's a promising sign of wide investment in emerging technology. From another, it's just a tiny slice of adoption that should be much larger. But there's no reason it can't be both.

It's worth noting that the results only encompassed 300 advertisers, so it's probably not wise to generalise the results to the entire industry around the world, but at the same time, its lessons around current industry pain points and potential solutions might be quite valuable.

On the one hand, the findings still signify the remarkable adoption of still-new technology. On the other hand, its still relatively limited uptake is quite at odds with survey respondents' belief in the potential of the technology.

Clearly there are still a lot of obstacles which prevent advertisers from wearing the blockchain grin.

Two-thirds of agency and marketer professionals said they were sceptical of blockchain media solutions and found it to be difficult to navigate. The paper points at the entrepreneurial nature of the space as one of the culprits, generating a confusing set of offerings on top of an already hard-to-navigate field of solutions and providers.

The problem might be at least partly on the side of the blockchain salespeople. Half of all advertisers report having met with a blockchain provider, but only 1 in 10 providers went on to even try a blockchain solution.

The survey also showed that 9 out of 10 advertisers cannot recommend blockchain.

The problem isn't necessarily a lack of willingness or an inability to appreciate the potential of blockchain technology to help solve the industry's current problems.

Almost 7 in 10 advertising decision-makers noted that inefficiency, a lack of transparency and inaccuracies in the digital-media supply chain are keeping them from deriving the full value of their digital-media investments, and of those, more than half believed that blockchain technology would help them address these issues.

But with such a high degree of confidence in the underlying technology, what's preventing them from just doing it? It might come back to that scepticism in the individual solutions being proffered, the confusing nature of the space and current doubts about whether the solutions are ready for prime time. Of those who see themselves using blockchain to solve some of their current problems, most think they'll be doing it sometime within the next two years.

There might still be a significant gap between understanding the technology and actually picking out a working solution. In addition, the nature of most headlines in the blockchain and cryptocurrency space probably don't give the impression of a technology ready for real-world use today.

Every day brings another hack, another report on cryptocurrency prices, another story about someone who lost their life savings by going all in when prices were at an all-time high, another tale of someone being prosecuted or news of the latest crypto scam.

The problem might be that these stories are increasingly conflated with blockchain technology itself and then constantly reinforced through repetition.

Security is a very real issue, but the mild day-to-day hysteria in the crypto world is often at odds with actually understanding the security needs of a blockchain system.

"By design, a blockchain is a self-policing, verifiable ecosystem, but privacy and security considerations vary by offering. Advertising decision makers are split on whether or not blockchain is a secure method for transacting media buys," the paper observes. "This issue is muddied by attention-grabbing, alarmist headlines in the cryptocurrency arena. Advertisers should be sure to understand how any solution addresses security."

Technical obstacles also remain, but most expect them to give way in the near future. Just over half of advertisers and marketers are sceptical that currently available blockchain media solutions can operate at a speed consistent with managing media transactions, but three-quarters are confident that blockchain will be able to evolve to handle the speed and volume necessary for digital-media solutions in the future.

It might also still be difficult to decipher the various solutions available. Advertising is often named as one of the more disruptable sectors, but no two solutions are alike. 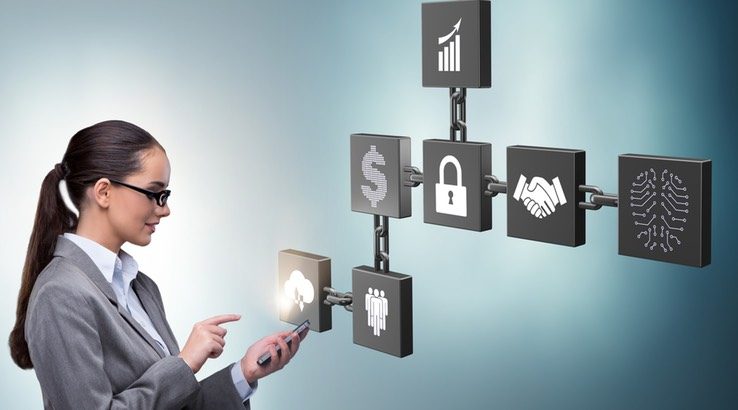 For example, there's a significant subset aimed at rescuing free online media from the age of ad blockers in different ways.

Basic Attention Token is probably the best-known example and is intended to be an incentive token to share advertising profits between publishers and consumers. The Oyster Protocol is another and is intended to gently pull small amounts of CPU and GPU power away from site visitors to power a decentralised data storage ledger for non-advertising website revenue in place of banner ads. This solution is broadly similar to browser-based crypto mining.

But others, such as XCHNG, are more about disrupting the advertising industry supply chain. The paper described XCHNG as "enabling sightlines between disparate media players," to disrupt the current top-down approach where walled gardens like Facebook and Google set the price and sell ads. Its goal is to let open markets determine the cost of advertising rather than having a handful of unavoidable giants set the prices.

In addition, it also aims to eliminate middlemen to increase advertisers' bang for buck, make the field much more accessible and cut costs and inefficiencies to the extent that any ad spend can be tracked as close to the ideal of "$1 of value per $1 spent" as closely as possible, allowing marketers to track advertising return on investment more accurately than ever before and explore new avenues at less cost.

These come back to one of the key tenets of blockchain technology – that its efficacy is largely dependent on being widely used. Three-quarters of respondents noted the same, saying that the ideal solution might be one which incorporates all stakeholders.

For providers who want to start using it, the signal among the noise might then be a large provider that is able to unify enough stakeholders, while also having the secret ingredients of adequate transparency and decentralisation, so providers know they aren't just swapping one walled garden for another.

It also points at a potential snowball effect of extremely rapid uptake of blockchain solutions once a critical mass is on board.