Nintendo's party game launch title was designed to showcase what the Switch could do, but doesn't live up to potential.

In the lead up to the launch of the Nintendo Switch, Nintendo America bossman Reggie Fils-Aime explained to the media why 1-2 Switch wasn't being bundled with the console, like Wii Sports was bundled with the Wii. His explanation was that Nintendo was targeting a US$299 launch price for the hardware, and bundling 1-2 Switch would push up the price.

In his words: "And then it's all about, what's going to be included? Obviously the inclusion of the two Joy-Con, critically important; all the right cables, the dock, critically important. We also have to do this from a financial perspective as well. Once we got to that bundle, it really needed to be at $299 without a piece of software."

Bring the action and fun into the real world today! Buy 1-2-Switch from Amazon.

So rather than take the hit financially to bundle in a party game, Nintendo opted to release 1-2 Switch as a standalone title for $69.95 (though you can pick it up for less if you shop around).

The problem with this approach, when compared to something like the Legend of Zelda: Breath of the Wild, for example, is that 1-2 Switch just isn't very good, and definitely isn't worth the asking price. Once the initial desperation for something to play on the console has passed, 1-2 Switch will be confined to the bargain bins at gaming retailers, only purchased by unwitting grandparents who don't know any better.

Comprising of 28 mini games that use the Joy-Con controllers in a range of different ways, 1-2 Switch's premise is to throw two people into competition against each other. Rather than look at the screen, players are encouraged to look into each others eyes as they play, using audio queues to inform them when to act.

That is, except when it doesn't.

The mix of mini-games is diverse, weird and seemingly random, with more thought on what could be possible than how it should be played. There's no 1-player campaign, but there are 1-player games with no competitive element. 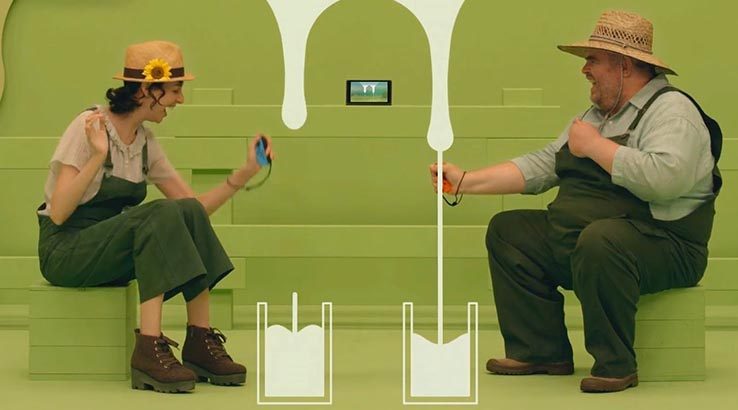 The Joy or The Con

When you boot up the game, you're presented with just a handful of mini-games to choose from. Instead of a full suite of 28 different options, there are just five – perhaps the best five – to get you started. I powered up the game with my kids, and we had a bit of fun with Quick Draw and Samurai training, though the novelty wore off after a few rounds.

We then tried Beach Flag, and gave Zen a whirl. It was only after we'd tried a fair few games that 1-2 Switch decided to open up the wider range of mini games for us to explore. There's also a Shuffle mode to take away the pain of deciding which game to pick, and a Team Battle Mode that let's 2-20 players compete against each other for glory.

Each of the games is ranked in difficulty by a number of chillies on the screen. One chilli indicates a simple game, five chillies are more challenging. The problem is that with only 28 mini games, difficulty is not a factor you use to decide what to play – desperation for variety sees you trying pretty much everything just to help you try and justify your purchase.

Before you select a game, 1-2 Switch shows a short how to play video, so you can understand the mechanics of each game. But even after you've mastered the art of clapping on a descending sword, that video will still start to play every single time you choose that mini-game. You can skip it manually with a press of the Plus button, but your patience will run out far quicker than you remember to push that button.

As a showcase of the technology Nintendo has packed into the Switch, some of the mini games are great. The Ball Count game, where the haptic vibrations of the Joy-Con controllers are designed to accurately mimic a number of balls in a wooden box as they roll around, is a crazy cool example of next-level haptics. Quick Draw is also fun, as you live your lifelong dream of being a cowboy in the Wild West, the trigger quickly responding to your pistol draw.

I'd even go so far as to say that the Baseball game in 1-2 Switch is a better implementation that Baseball in Wii Sports, with the audio feedback offering a fun way of playing the game. Sneaky Dice is a good example of how the Switch could potentially revolutionise board games.

But on the whole, the other mini games on offer barely offer a fraction of the enjoyment you had when you slipped in the Wii Sports disc that first time you played the Wii. 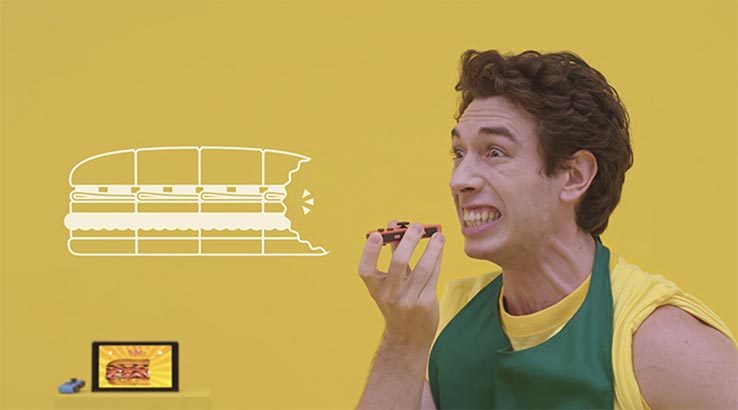 So what are the mini games? What do you actually have to do? Here's a breakdown of the 28 games on offer: 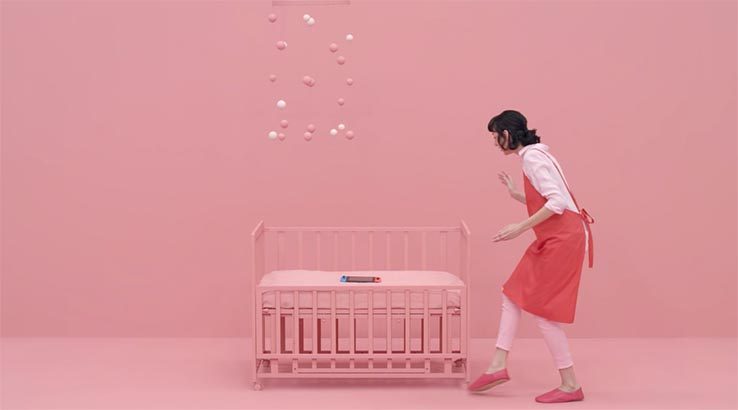 Where 1-2 Switch really disappoints though is the lack of meaning behind anything in the game. Some games, like Quick Draw, actually keeps a leaderboard for the fastest shot. Except you can't access that leaderboard anywhere in the game, and don't know whet he record is unless you beat it. There's no profiles, so you can't compete against your family or friends for glory on who can east the most in Eating Contest. And there's no record of how many times you were beaten in Sword Fight or Wizard either.

All this means is that there's very little reason to replay. The Team Battle Mode does offer some small avenue of enjoyment, as two teams play their way across a board of mini games to claim victory, but again, a lack of records make victory a shallow experience.

And unlike Wii Sports, which offered layers of difficulty to keep things interesting over time, 1-2 Switch burns out after a few rounds of each game. There is simply not enough in it to justify switching it on again over time, and definitely not enough to justify it being a full-priced game. If it were bundled with the console, that would be one thing, but frankly I'd be much happier with a Wii Sports port than this.

If it weren't for the absolute scarcity of decent games for the Nintendo Switch that don't have "Zelda" in the title, we'd suggest staying away. 1-2 Switch should have been bundled with the console, but because it isn't you should save your money for something fun, like Mario Kart or Splatoon when they launch on Switch.

Purchase The Legend of Zelda: Breath of the Wild for Nintendo Switch from ozgameshop.com

Go! Get your game now from Ozgameshop!

Purchase The Legend of Zelda: Breath of the Wild for Nintendo Switch Limited Edition from ozgameshop.com

Bring the action and fun into the real world today! Buy 1-2-Switch from Amazon.

Purchase Mario Kart 8 Deluxe for Nintendo Switch For $69.00 from Amazon

Nier Automata review: 2B or not 2B, that is the question Stories Untold review: This ain’t your daddy’s text adventure