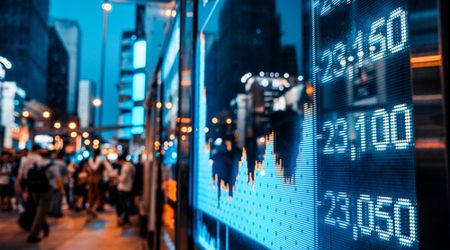 A range of support services, and straight up payments, are intended to help bootstrap liquidity.

0x (ZRX) is designed to facilitate trading across a decentralised marketplace, but like any good marketplace, it needs liquidity.

To this end, it's going to be bootstrapping its marketplace by giving market makers a helping hand in the form of a wide range of support services, a series of perks and straight up payments of up to $15,000.

The first milestone after simply signing up is to sign the "waver" (sic) accepting the terms and conditions and using your trading bots to fill at least $1,000 in market-making orders in two weeks. This can net market makers $5,000, plus direct 1:1 support from the 0x support team in a Discord channel.

The second milestone is $10,000 of market making trades in a month, plus having a demonstrable long-term strategy. This lets market makers pick up a further $10,000.

In the program's announcement, 0x developers also noted that the educational barriers for market makers are still relatively high as getting involved in 0x requires relatively good knowledge of both Ethereum and 0x. To this end, the direct financial incentives might be able to serve as a reason for people to care enough to hurdle the knowledge gaps, while the ongoing support makes it easier.

This could be an important step because evidently market making on 0x is, by itself, not yet a sufficient drawcard for most.

Naturally, market makers should aim to be profitable beyond these incentives, and 0x touts several advantages to that end. Most notably, the 0x relayer network allows a single market maker to capture multiple taker networks with a single pool of capital and to access a range of tools in order to better identify and move quickly on arbitrage opportunities as well as other profitable situations.

And as a decentralised crypto network, the market makers will be retaining full custody of their own assets throughout to eliminate counter-party risk.

These potential benefits have so far not been enough to attract consistent volume, and 0x has so far tended to go through erratic boom and bust periods. The last few weeks have been more of the latter, with volumes about as low as they've been since 0x launched.

With more consistent liquidity, the 0x markets might attract more traders, which might in turn provide more natural incentives for market makers and kick off a positive cycle for the wider ecosystem.

This potentially growing ecosystem might also signal some benefits for the ZRX token down the line, but many observers probably aren't holding their breath. So far, its use as a fee-paying token is somewhere near non-existent, and the ecosystem is still too sparse for the token's governance functions to carry much weight beyond that.

It's a tough problem though, and 0x's design philosophy to date has so far been characterised largely by a refusal to compromise the quality of the envisioned product for the sake of tokenomics. A busier marketplace might not directly result in more ZRX usage for fees, but it might offer some indirect value over time.